&bull; The &lsquo;root&rsquo; of the problem was literally a lack of root system, compounded by the inability of farmers to plant on time and to fertilize their crops on time.&bull; The results were inevitable and the bottom line impact of record rainfall throughout much of the cropping season will be an economic hurdle for those unfortunate to be in the heaviest hit areas. 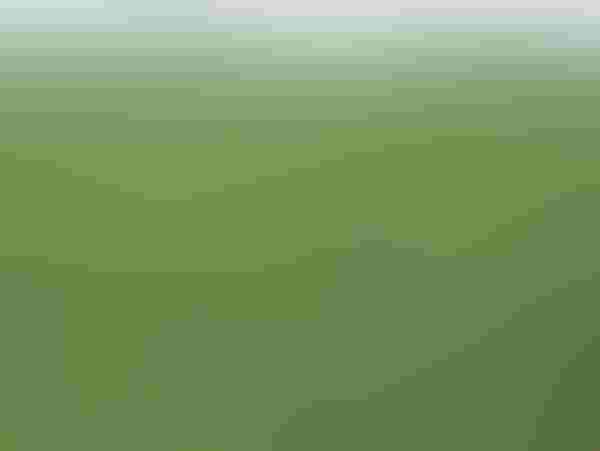 <p>CORN WAS the only major Southeast crop that benefitted from record rainfall across the region.</p>

Predicting yields while some crops are still in the field is ‘iffy’ at best.

But this year the consensus agreement is, that other than corn, virtually everything planted in the Upper Southeast will produce lower yields than the past two years.

The ‘root’ of the problem was literally a lack of root system, compounded by the inability of farmers to plant on time and to fertilize their crops on time. The results were inevitable and the bottom line impact of record rainfall throughout much of the cropping season will be an economic hurdle for those unfortunate to be in the heaviest hit areas.

In North Carolina, the largest agricultural state in the Upper Southeast, the impact was as predicted the most severe on cotton and soybeans. Both crops were planted late and got long stretches of cool, cloudy weather and persistent rains at just the wrong time.

The weather pattern that was wrong for most crops appears to have been good for corn. Traditionally planted early, most corn acres in the Carolinas, Virginia and the DelMarva region produced well.

North Carolina is typical of corn yields in the region. Final yield is projected to be 140 bushels per acre, an all-time record and up 8 bushels from the previous record year in 2006.

In North Carolina, total corn production is projected to be 121.8 million bushels, up 27 percent from last year. Harvested acres are projected to be up about 50,000 acres and when all is said and done is expected to top 870,000 acres.

In South Carolina, growers are projected to harvest about 7 million more bushels than last year.

Corn yield is the good news, corn prices are another story. A year ago, corn peaked at more than $8 a bushel as supplies dwindled in the drought.

On Nov. 8, corn fell to $4.17 a bushel, the lowest price since 2010. Prices rebounded to $4.25 that same day, but continue to trend significantly lower than the previous two years.

In the Lower Southeast, both Alabama and Georgia are expected to set record corn yields, but as in the Upper Southeast, other crops will come in well under the past two years totals and in some areas, like the Florida Panhandle, cotton and peanut yields will likely show the most yield loss from the record spring and summer rainfall.

Cotton blooming in September is never a good thing, but it was plentiful across the Southeast this year.

Much of the cotton crop throughout the Southeast was literally starved for sunshine and final yield totals will reflect the shortage of sunlight and the generally bad impact of late planting.

Not since 1967 has so much of the cotton crop in the region been planted so late and even that crop benefitted some from August and September sunshine and warm days.

When this year’s crop needed heat and sunshine the most in August, many areas got more rain and cooler weather.

Typical of the cooler weather, in the Tennessee Valley area of Alabama, historically a major cotton producing center, the average temperature for August was 2.1 degrees below the 10-year average.

Similar small, but damaging dips in August temperatures across the Southeast are almost certainly going to produce lower yields when all the cotton in the region is picked and the numbers are processes.

In North Carolina, historically one of the largest cotton producing states in the Southeast, cotton yield is forecast to be 790 pounds per acre, down a whopping 221 pounds per acre from last year’s crop.

Cotton acreage in North Carolina was nearly a million acres a few years back, but dropped for the third consecutive year, down to 460,000 acres statewide.

In Georgia, easily the largest cotton producing state in the Southeast, average yield is expected to be about 200 pounds per acre less than last year, but still a respectable 890 bushels per acre.

Total production, however, will be less in 2013, despite a slight increase in cotton acreage from 2012 totals.

South Carolina will be the hardest hit among the Southeast states in cotton production. Average cotton yield in the Palmetto State is expected to drop to about 660 pounds per acre, down by nearly 300 pounds per acre from 2012.

North Carolina is by far the largest soybean producing state in the Southeast, typically planting 1.5 million acres or so.

In 2013, conventional, full-season beans were hard hit by rains and cloudy, cool weather during critical bloom and pod set stages.

Double-crop soybeans, which historically comprise more than half the total acres in North Carolina and other Upper Southeast states, were devastated by delays.

Most double-crop soybeans are planted behind wheat and wheat harvest was a near disaster in some regions of the Southeast, most prominently the Piedmont Region of North Carolina.

In some of the harder hit areas, rainfall and wet fields delayed wheat harvest 4-6 weeks and pushed double-crop beans back at least that much. The result will be many acres of late-planted beans will be abandoned and even more acreage was never planted.

Despite all the weather related setbacks, North Carolina soybean growers are still expected to harvest about 30 bushels per acre.

Virginia soybeans were less affected by rainfall and wet fields, but production there is also expected to fall 2-3 bushels per acre acre below the 2012 record of 42 bushels per acre.

Even before the 2012 peanut crop was harvested, the peanut industry began clamoring for peanut growers to cut back on acreage. Growers responded with dramatic cuts in acres planted in 2013, and Mother Nature further helped the over-supply situation by lowering yields across the Peanut Belt by 200-600 pounds per acre versus 2012 totals.

Among the many grower successes over-looked in 2013, was peanut production in the Lower Southeast, where growers were hit with record rainfall, below average sunlight and many other weather related problems. Still, they were able to produce a crop that just three years ago would have been a record.

Advances in varieties and pest management systems played a key role, but dedication by peanut farmers in working through the wet weather is most likely the primary reason peanut production didn’t drop farther in 2013.

In the two next largest peanut producing states, Florida and Alabama, production dropped from 1.63 million pounds in 2012 to 910,000 pounds this year.