&bull; While these new herbicides will be a boon to many farmers, the side effects can likewise be an economic liability if these lethal combinations are not used correctly. 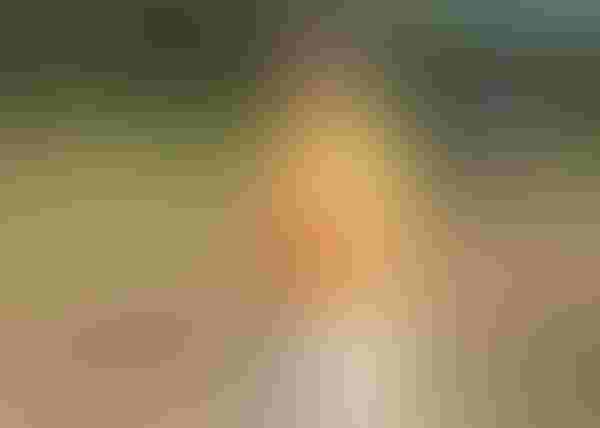 Combinations of popular herbicides like glyphosate, glufosinate, 2,4-D and dicamba will be making their way into the market place in the next few years, and while these new products will be a boon to many farmers, the side effects can likewise be an economic liability if these lethal combinations are not used correctly.

Virginia Tech Researcher and Cotton Specialist Hunter Frame says much of the impetus will be on farmers to fully understand the restrictions that will be placed on use of these valuable new products.

Though the first of these materials won’t likely be available until the 2015 growing season, Frame says it’s important for researchers and growers to plan for these combinations of herbicides long before they get to the marketplace.

“One of the issues that concerns me is the use of generic herbicide materials over-the-top with the new herbicide traits. A system is going to have to be in place to ensure growers are using the right formulations with the new genetic traits,” Frame says.

“The older materials are more prone to move off the target fields. So if a grower uses an older formulation of dicamba or 2,4-D we still have the same drift and volatility issues, though the resistant crop will show no injury,” he adds.

A regional area of concern is with North Carolina and Virginia’s burgeoning grape and wine-producing industry. Vineyard and winery owners, plus a small, but growing, cottage industry of grape growers who produce for use by local wineries, have expressed concern over the increase in use of 2,4-D and dicamba when these new products come onto the  market.

Grapes are among a few crops that are ultra-sensitive to 2,4-D in particular. Dow, which will market Enlist herbicide, which contains genes making cotton and other crops tolerant to 2,4-D and glyphosate, contends Colex-D technology will make the new formulations of 2,4-D much less prone to drift and become a problem on non-targeted crops.

Grapes are sensitive to 2,4-D because of the way plants metabolize the active ingredient in leaf tissue. Multiple studies have shown grape plants can retain Dichlorophenoxyacetic acid in the leaf tissue for three weeks or more.

Colex-D technology is composed of new 2,4-D choline, which in combination with 2,4-D, results in herbicides with ultra-low volatility and minimized risk of moving from a target crop to a non-target crop in nearby fields.

Frame says it will be important for growers to fully understand what rates, sprayer settings, nozzle size, wind direction, wind speed and other variables exist before using these new herbicides. “We are being told the new Colex-D technology makes these materials much less prone to drift and volatilization, but it is important we know the new guidelines under which these materials can be safely used,” the Virginia Tech scientist says.

Of particular concern in the Upper Southeast will be in counties in northwest North Carolina well into southwest Virginia, which is an area home to some grape production and some of the larger remaining tobacco operations.

Tobacco, especially in the seedling stage, is extremely sensitive to 2,4-D. How these new herbicide combinations are used on crops that are adjacent to high value crops like grapes and tobacco will be a significant challenge to farmers in the area.

Despite opposition from groups like Save Our Crops, which represents more than 2,000 U.S. farmers, Dow expects to get full registration for Enlist on a number of crops for the 2014 and 2015 growing seasons and beyond.

The contributions of 2,4-D (Dichlorophenoxyacetic acid) to the growth of the row crop industry in the Southeast are well documented.

First introduced into the U.S. market in 1946, 2,4-D is a member of the phenoxy family of herbicides. It provides broad-spectrum control of many annual, biennial and perennial broadleaf seeds.

Globally, 2,4-D is among the world’s most extensively studied crop protection materials. It is currently labeled for use in more than 70 countries worldwide, including the United States.

Clearly, it is an important tool for growers and has become more important as more and more crops have developed resistance to a number of different modes of action contained in several families of herbicide products.

One of the final hurdles for 2,4-D was cleared in 2012, when the EPA rejected a petition from the Natural Resource Defense Council, which sought to revoke U.S. registration for 2,4-D-based herbicides.

Another of these old-new herbicide technologies geared to hit the market sometime after the 2014 growing season is a combination of dicamba and glyphosate, currently targeted to be sold under the trade name Roundup Xtend.

Monsanto, which plans to market Xtend once regulatory hurdles are cleared says, “Roundup Xtend herbicide will be a pre-mix of the herbicides dicamba and glyphosate, and is designed to manage weeds before planting and as an over-the-top option during the season.”

Frame  says it’s the over-the-top applications that may prove to be most troublesome for growers.

In cotton, he says, when either dicamba or 2,4-D is pre-plant or at-planting, typically in early to mid-April, there are few other non-target crops up and growing, so the risk of damage from drift is low.

However, he points out that won’t be the case when these materials are used as over-the-top treatments in June and July.

Sensitive crops will be nearby

In several areas of Virginia in which cotton is grown, there will be tobacco, grapes and vegetable crops that are highly sensitive to these herbicides.

“Hopefully, we will have an opportunity to work with these new herbicide traits in cotton next year and the following year, before they are available to farmers, and we can work out some of the questions and provide our growers with some guidelines, or precautions to consider before using the new materials,” Frame says.

He adds that glyphosate will unquestionably continue to be the Mother Ship for herbicides in row crops in Virginia. It is still relatively inexpensive and it controls a high percentage of the weeds growers contend with every year.

Looking back at the time when glyphosate was first used in GMOs, had growers had more training on how it should be used, it is likely they would not be facing some of the problems with resistance that are currently common in many areas of the Southeast.

“We don’t have any new modes of action in herbicides coming up any time soon and we haven’t had any new materials that are used on a wide scale in the past few years.

“All that heightens the importance of using the herbicides and the traits we have more wisely in the future,” the Virginia Tech researcher says.

“The big advantage for farmers I see from these new dicamba and 2,4-D containing products is reducing the plant-back restrictions. In the past for 2,4-D, it was 30 days and an inch of rain or irrigation water.

“With the new materials growers can apply it one day and plant the next. In a year like this past one, with all the rain, that would have been a huge benefit,” Frame says.

“The big concern for cotton growers using these new products will be price. Unlike new herbicides, which are available in lower cost generic materials once the patent runs out, these new traits won’t likely go to generics because of the cost and legal aspects of duplicating these traits.

“With cottonseed already in the $500 a bag range in the Southeast, it will be interesting to see how much growers will be willing to pay for this new technology, Frame adds.