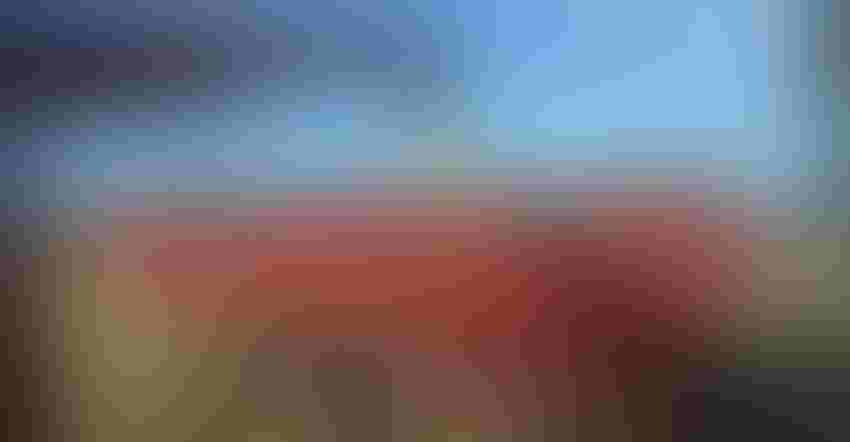 Perhaps you needed to harvest the last few fields in 2019 when it was wetter than you liked. Gary Steinhardt, Purdue University Extension agronomist, says sometimes soil compaction is a cost of doing business. Avoid it, if possible, and try to minimize it, but sometimes you can’t alleviate it completely.

Twenty years ago, a state-of-the-art combine with a corn head and a full grain tank weighed just over 20 tons. Today, it’s closer to 40 tons. That’s based on comparing a Case IH 2388 combine with an eight-row head, circa 1998, to a 2018 Case IH 9240 combine with a 16-row head. The problem with combines is that a large percentage of the weight is carried on the front axle, Jeschke adds.

So how can you reduce soil compaction when operating combines and grain carts? Stay off soils when wet, if possible, and limit where grain carts and semitrucks run. Select tires that function at lower tire inflation pressure and consider tracks.

“Run the grain cart over the same path as the combine instead of cutting diagonally across the field,” Jeschke adds. “Since 80% of soil compaction happens on the first pass, try to use the same traffic pattern when possible. Keep trucks on the ends, out of the field. High axle loads and high tire inflation pressure create soil compaction quickly.”

How much tracks help, or whether tracks versus wider tires and lower inflation pressure is the best option isn’t always clear cut, he notes. “There isn’t a lot of data available to answer many of these questions,” he says. “It can vary from situation to situation.”