Here are tips that could help you get your crop off to a better start. 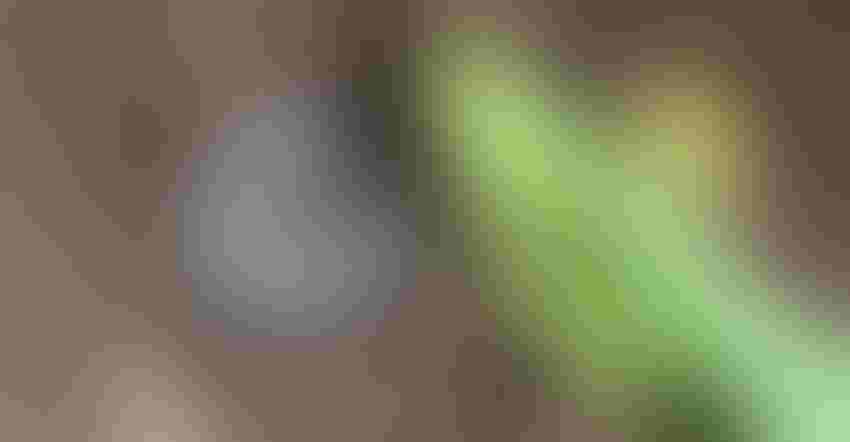 EARLY-SEASON PEST: Black cutworm is one of the early-season pests agronomists suggest scouting for in corn. Scout first where fields in low areas are covered with green vegetation.John Obermeyer, Purdue Extension

“This spring is unusual because very little tillage work or fertilizer application work could be done last fall,” says Smith, an agronomist for Golden Harvest in Indiana. “How farmers handle things this spring may affect what we see once the crop starts growing.”

For example, if some farmers work fields that are on the wet side just to get tillage done, it could create soil compaction, which will impact what Smith and other agronomists find in May. On the flip side, some farmers may decide to no-till to get the crop planted. If their planter isn’t set up for no-till and if they haven’t no-tilled before, it could result in less-than-perfect crop emergence.

“We’re advising growers to stay with basic agronomic principles this spring,” Smith says. “Don’t feel forced to do something by the calendar. That can be difficult and becomes a psychological battle. But if soils are too wet, for example, tilling could create a hardpan which will affect growth in May and beyond.

“Applying anhydrous ammonia too close to planting could be another concern. If it becomes a dry spring, we may see signs of anhydrous burn injury early in the season.”

Here are five things Smith will watch for and evaluate in cornfields as May unfolds. Use these as your own scouting guide.

1. Corn stands. Smith advises taking stand counts in several locations within each field. If stands are subpar, you’ll want to make decisions on whether you keep the stand or replant as early as practical.

2. Signs of sulfur deficiency. Sulfur deficiency has been showing up more frequently in corn in recent seasons, Smith says. Most agronomists believe it’s because with less sulfur emitted from utility plants into the air, the crop depends more on release of sulfur from the soil through mineralization. How fast that occurs depends on weather conditions and soil temperatures.

3. Signs of nitrogen deficiency. If early spring is wet and nitrogen was already applied, there may be more loss than normal. Watch for yellowing and characteristic signs of N deficiency on corn leaves. Both nitrogen and sulfur deficiencies can be addressed yet this season to minimize yield loss if you detect these conditions early in the season.

4. Early-season diseases. If seedling rots or other early diseases are going to affect corn, it’s more likely in lower, wetter spots in the field, especially if they’re not tiled well. Scouting early is the only way to know if a plant missing at harvest is absent because the seed didn’t germinate or because disease took it out early.

5. Insects in key areas. The story is much the same with early-season insect pests, Smith says. If you planted following cover crops, be on the look for black cutworms and slugs. Black cutworm moths are typically attracted to areas with green vegetation to lay eggs. Again, these issues will more likely appear in wetter, poorly drained areas.