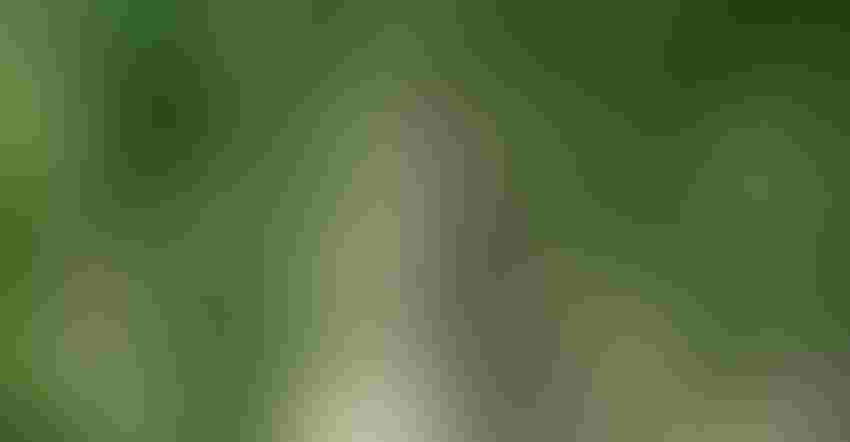 WITHERED LOWER LEAVES: Lower leaves on these corn plants are beginning to curl up in response to dry conditions. Note the deep footprints created when marking plants with flags as they emerged. Tom J. Bechman

All you need to do to understand that soil compaction can impact plants under even moderate soil moisture stress is look at the two pictures here and read the narrative that explains them. This classic example of soil compaction impacting plants wasn’t caused by huge equipment — it was caused by foot traffic on very wet soils!

Here’s the back story: The Crop Watch ’20 field was planted May 13. Seed Genetics Direct sponsors Corn Watch ’20. The goal was to mark plants with flags as they emerged to monitor the effects of uniformity of emergence and delays in emergence throughout the season.

As luck would have it, the day corn began popping up, before plants could be flagged, it rained about an inch during a local thunderstorm. Soils were already on the wet side before the rain. I could either wade out to corn rows in the mud to flag plants emerging the first day or scrap the project.

There is an opportunity to learn multiple things from monitoring late emergers during the season, so scrapping the project wasn’t in the cards. Instead, I trudged across muddy soils with big rubber boots, marking plants in several rows.

In the rows pictured with this story, it was so wet, one boot slipped off. Footprints were 6 inches deep between the rows, but just for the 17 feet, 5 inches making up the 1/1,000 acre where emerged plants were flagged.

Related:When was the wrong day for you to plant corn this year?

That was May 23. The photos here were taken July 8, during a dry spell. Can soil compaction created by a big man simply walking between rows impact plants? You be the judge.

In the lead photo (above), lower leaves are beginning to curl and shrink, indicating moisture is limiting. To get the second photo (below), all I did was turn halfway around at the end of the emergence plot and snap a picture of the same two rows where I didn’t walk and there were no deep footprints. 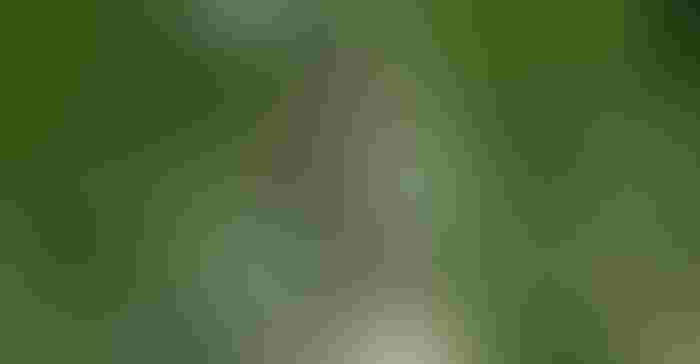 NO STRESS YET: This photo was taken at the exact spot as the lead photo, but looking the opposite direction. This corn in the same row wasn’t affected by foot traffic in the mud that created soil compaction. Note the lack of curling and rolling on lower leaves.

The difference is clearly visible. Lower leaves aren’t curling or showing signs of moisture stress. In a span of 35 feet within the same two rows, some plants were taking defensive measures to conserve moisture, while others were still going about business as usual. The only difference was a set of very deep, lasting footprints between the rows, where plants were reacting to moisture stress.

“It’s an unusual form of soil compaction, but it’s very real all the same,” says Dave Nanda, director of genetics for Seed Genetics Direct. “We will see what happens during the rest of the season. A lot of it depends upon whether the field gets ample moisture at key times.

“If moisture becomes and stays adequate, impacts may disappear, and there may not be much difference,” he says. “If dry weather stress increases, we would expect to continue seeing effects from soil compaction.”