Slideshow: Riggs Beer Co. is working with the University of Illinois to breed the perfect low-oil white corn for brewing. 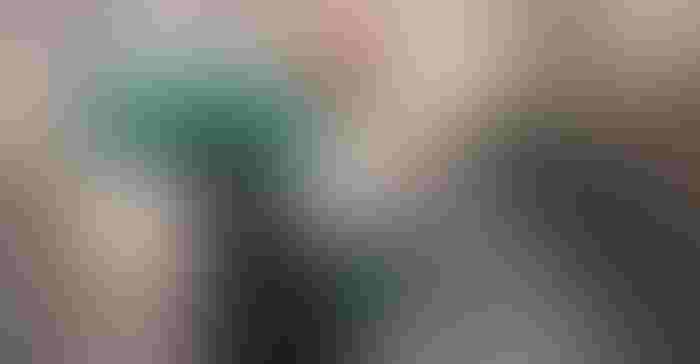 The world’s longest-running continuous breeding experiment in crops has focused on white corn in Urbana, Ill., for 118 years. Researchers leading the trial have pushed the limits of the old crop, modifying the ratios of oil and protein in the grain to produce better popcorn, ethanol stock and animal feed.

Four selection routes have been winnowed down to one that still continues, high protein, in the University of Illinois trial. Professor Stephen Moose, who leads the trial, says they stopped growing high-oil selections once it became clear they wouldn’t improve anymore. The two other breeding routes — low oil and low protein — were ended because their contents eventually got too low for the seeds to sprout after more than a hundred selection cycles.

The seed industry uses the public information from the trial as a tool to uncover genes for hybrids, but while niche industries have sought out seeds from some of the selections in the past, Moose says low-oil corn has never had a market — until now.

“No one’s ever really cared about low-oil corn. There’s never really been a defined, ‘Oh, that would be good,’ until Matt Riggs came along,” Moose says.

Made for beer
Commercial brewers that use corn, such as Anheuser-Busch, take out the oiliest part of seed, the germ, before brewing. This makes the flavor stay consistent as cans sit on shelves for weeks and months at a time. Champaign County, Ill., farmer Matt Riggs says that consistency comes at a price: flavor.

The germ is the most flavorful part of corn. That’s why his smaller brewery, Urbana-based Riggs Beer Co., uses whole-kernel corn when brewing its American Lager.

However, the higher oil content complicates the brewing process and introduces a flavor variable that will change during the months a barrel is shelved and then used by the network of restaurants and bars that carry American Lager.

“Still, we want to use more corn because we like the flavor. We want more of it,” Riggs says. He says two years ago, he started looking for low-oil varieties that would allow him to include more corn in the blend.

“Luckily, the Google search results pointed to my backyard,” he says, adding that after approaching Moose, the professor began work on a hybrid.

From stored seeds, Moose built up a large population of “parent” low-oil corn, and then hybridized them with the low-protein corn that’s also part of the 118-year-old trial. Riggs planted 5 acres of the hybrid over the 2018 growing year.

“That low protein — there’s been interest in it from the perspective of ethanol because it’s just the starch that they need. And so what is brewing? You’re making ethanol. It seems like the perfect match,” Moose says.

The test
Riggs Beer Co. held a tasting event recently where Moose’s lab students and members of the community were invited to try to tell the difference between two batches of Riggs’ American Lager split among three cups.

One batch was normal American Lager without any low-oil corn. This was split into two cups. The other batch’s corn content was 50% low oil and 50% normal. While Riggs himself wasn’t able to blindly tell the difference in the test, a few attendees were.

“What we ended up harvesting tested around 3.8% for oil, when our normal is 4%. This year we didn’t apply fertilizer, which means the corn produced less starch and didn’t dilute out the oil as much as it could have,” Riggs says. “That might be one of the reasons we had an issue telling the difference.”

He adds that since he didn’t let the beers age longer, they didn’t have the opportunity to compare how the low-oil blend flavor aged to the regular blend.

“Two months from now, the difference is going to be very apparent,” Riggs says.

“This hybrid is 1890s vintage,” Moose adds. “It falls over. It’s sensitive to some herbicides that you might use. It’s not as robust as the kind of hybrids that farmers grow [today]. But we can do better on it.”

U of I: Home to longest continuous plant trial
The ongoing trial run by the U of I on white corn is the longest continuously run breeding trial on higher plants in the world — a status held despite the project being stalled for four years during World War II.

What’s a higher plant? The term refers to plants that flower instead of producing spores. Higher plants can range from row crops to trees.