Corn Illustrated: Get out in front of disease issues by scouting. 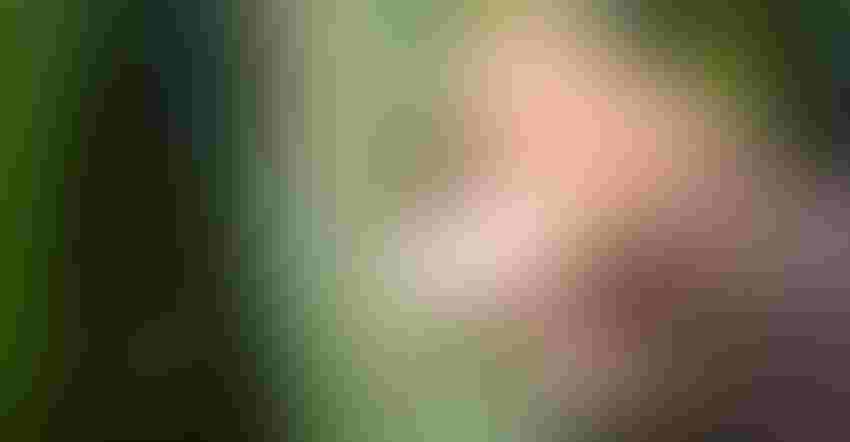 SCOUT FOR DISEASE: These bold gray leaf spot lesions on leaves approaching the middle of the corn plant were reason enough to spray a fungicide. Tom J. Bechman

I scouted a cornfield in late June last year and noticed a few small lesions of gray leaf spot. When I returned as corn was approaching tasseling, the disease was present on most leaves.

I informed the grower, who was watching as well, and he sprayed fungicide. That field yielded over 220 bushels per acre.

We need to protect crops from diseases and insects. Which pathogens will be more prevalent this summer? It depends largely on weather. If it’s cool and wet, watch out for northern corn leaf blight. Rains are good for crops, but wet weather is also good for many pathogens that are opportunistic. As you scout, watch out for these leaf diseases that might develop and dominate in July and August:

Northern corn leaf blight. NCLB can start from residue of previous crops, which may provide the initial inoculum, and is further spread by airborne spores. It likes cool, wet and humid weather. NCLB produces long, cigar-shaped lesions that are grayish or tan in color.

Gray leaf spot. GLS is one of the most important leaf diseases in the Corn Belt. It occurs on lower leaves at first but can spread to upper leaves quickly in hot and humid weather. Lesions are rectangular and appear gray when mature.

Southern corn leaf blight. This disease makes small elliptical lesions and can cause considerable damage in susceptible hybrids. However, it requires hotter weather than NCLB. Foliar fungicides can be effective in controlling both northern and southern leaf blights.

Anthracnose leaf blight. This disease produces small, oval-to-elongated lesions that become brown and spindle-shaped with yellow to reddish-brown borders. This pathogen can do well both in cool and warm, humid weather. This disease also causes stalk rot, which can cause considerable damage in susceptible hybrids.

Tar spot. Tar spot is a relatively new corn leaf disease that appeared in some fields in Illinois and Indiana during the last two years and is moving south. It produces small black spots that look like the spots produced on cars when they drive on a newly paved road. It is caused by two fungi that affect husks and leaves and can cause substantial yield losses. It can come in quickly, sometimes later in the season.

Southern rust. Southern rust likes hot and humid weather. Spores are usually blown into the Corn Belt by winds from the South. It can spread fast unless checked by foliar fungicides. Light brown to orange pustules develop on upper leaf surfaces.

Northern leaf spot. This disease is favored by moderate temperatures and high relative humidity. Crop residue, husks and stalks of the previous crop can provide the initial infection, which is further spread by airborne spores. It is usually less serious than some other diseases.

Common rust. Common rust is favored by cooler temperatures. The disease makes small brown pustules on both upper and lower surfaces that look like rust. In severe cases, thousands of these spots can coalesce and kill plants. However, it typically stays at low levels in the Corn Belt.