Our latest survey shows 75% of farmers would vote for President Trump. 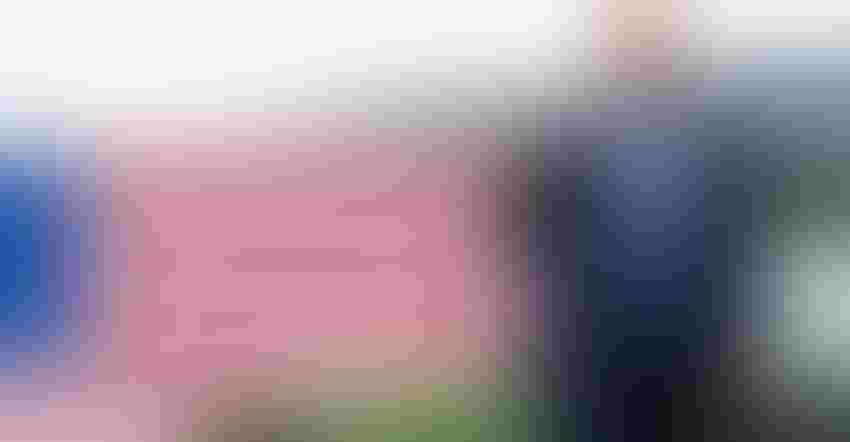 It’s no secret that there’s an ongoing love affair between President Donald Trump and American farmers, and with all the chaos in the world, that bond may be growing even stronger.

At Farm Futures, we regularly survey our readers on their insights on all types of issues, including their presidential preference. (Thanks to all who have ever clicked and responded to our quarterly surveys.) In August 2016, 72.6% of farmers we surveyed said they would vote for Trump. And even after the trade wars and now the COVID-19 pandemic, our August survey found that 75% of farmers would vote for Trump, up from the 60% in 2018 and 66% in 2019.

Coming out of eight years under President Barack Obama, it is not very surprising to see a surge for a change in the way business is done at the federal level. Our presidential reelection history shows it’s easy to adopt change after two terms. In my lifetime, the only president who didn’t get reelected was President George H.W. Bush.

Overwhelmingly in 2016, the most important issue in the presidential election to our farmer readers was “the way government in Washington operates” at 30.6%, followed by the economy at 13.5% and the Supreme Court at 12.6%. Compare this to 2020’s survey findings with economic recovery ranking at 24%. That’s the first time another issue has surpassed the way Washington operates” at a close 22% in the four years since Trump has been in office.

I recall writing a column in the months ahead of the November 2016 election, comparing the regulatory approaches of Donald Trump and Hillary Clinton. I think it’s clear to see that the regulatory rollback Trump has achieved during his time in office has resonated in rural areas — including the Waters of the U.S. rule, environmental regulations, and other rules at USDA involving organic livestock and reform of the Grain Inspection, Packers and Stockyards Administration.

On foreign policy, within his first days of office, Trump withdrew from the Trans-Pacific Partnership and was talked off the ledge of doing the same with the North American Free Trade Agreement. Instead, he spent much of the next three years negotiating what we now know as the U.S.-Mexico- Canada Agreement, as well as side deals impacting agriculture with Japan and South Korea. The China trade war continues to drag on, despite some recent hope from revived purchases to meet the Phase 1 commitments.

Farmers still show patience in Trump’s handling of foreign policy with hopes of a long-term gain from short-term losses.

Farmers may not have known what they were getting with Trump four years ago, but I think our survey confirms they’ve found comfort in what they received. Yet, farmers only make up 2% of the nation’s population.

Even in rural America where non-urban and rural votes extend beyond the farmgate, the support for Trump will be an important one to watch in the final stretch this election season.