Cattle producers and U.S. Fish and Wildlife Service face off. 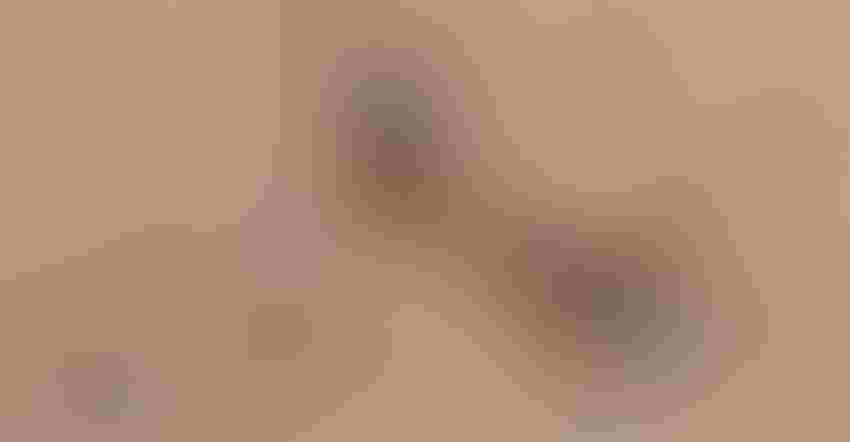 CHICKEN FIGHT: Kansas Livestock Association members gathered for their annual meeting Dec. 2, in Wichita, Kan. Top of mind for many was the recent U.S. Fish and Wildlife Service ruling putting the lesser prairie chicken on the “threatened” list under the Endangered Species Act, and needing a third-party approved grazing plan despite the drought.Wirestock/Getty images

Ranchers and environmentalists are about to face off, yet again, over the lesser prairie chicken.

“The lesser prairie chicken’s decline is a sign our native grasslands and prairies are in peril. These habitats support a diversity of wildlife and are valued for water quality, climate resilience, grazing, hunting and recreation,” said Amy Lueders, USFWS southwest regional director, in a news release. “The service continues to work with stakeholders to develop voluntary conservation agreements that will protect the lesser prairie chicken and the native grasslands on which it depends, while assuring that oil and gas and renewable energy development, ranching, agriculture and other activities continue.”

The USFWS has worked, and will continue to work, with partners and landowners to promote sustainable grazing practices. “The 4(d) rule for the northern DPS provides that farmers can continue their routine agriculture activities on existing cultivated land,” according to the USFWS release. “Lastly, the 4(d) rule also provides an exception for implementation of prescribed burning for grassland management.”

As part of the 4(d) rule for the northern DPS, there is an exception for producers who are following a prescribed grazing plan developed by a qualified party that has been approved by USFWS, according to its release.

It’s also working with the Natural Resources Conservation Service to provide landowners with technical and financial assistance to implement land management tools and techniques under the Working Lands for Wildlife Framework.

According to USFWS, voluntary conservation efforts have helped conserve key habitat for the birds, but they aren’t yet enough to offset the threats and reverse the trends of habitat loss.

The National Cattlemen’s Beef Association and the Public Lands Council announced their opposition to the USFWS final rule to list the lesser prairie chicken under the Endangered Species Act.

“Over and over, the science has proven that healthy, diverse rangelands — the exact kind of landscape maintained by livestock grazing — are where the lesser prairie chicken thrives. Cattle ranchers’ efforts to conserve these acres are absolutely critical to the survival of the species,” said Kaitlynn Glover, NCBA executive director of natural resources and Public Lands Council executive director, in a press release. “We are deeply disappointed by the Fish and Wildlife Service’s decision to impose redundant bureaucracy and punitive restrictions on the very same people that we have to thank for the lesser prairie chicken’s continued existence on the range.”

NCBA objects to the appointment of private third parties as grazing authorities in the range of the lesser prairie chicken. These could include environmental activist groups. And USFWS has stipulated that to qualify for legal protection under the 4(d) rule in the northern DPS, producers must follow a grazing management plan that’s “obtained arbitrary approval from a yet-to-be-named, FWS-approved third party.” By contrast, other agricultural practices that are listed as key factors in the USFWS decision are granted far more flexibility, they say.

“Designing a third-party verification system to empower distant bureaucrats over land managers and ranchers with decades of experience, with parameters that blatantly prioritize political objectives over sound science, effectively ensures that the only use of the 4(d) rule will be to obstruct grazing activities,” NCBA contends.

National Cattlemen’s Beef Association and the U.S. Fish and Wildlife Service contributed to this article.