From wetlands to bioreactors, there are options for reducing nitrogen loss from the field. 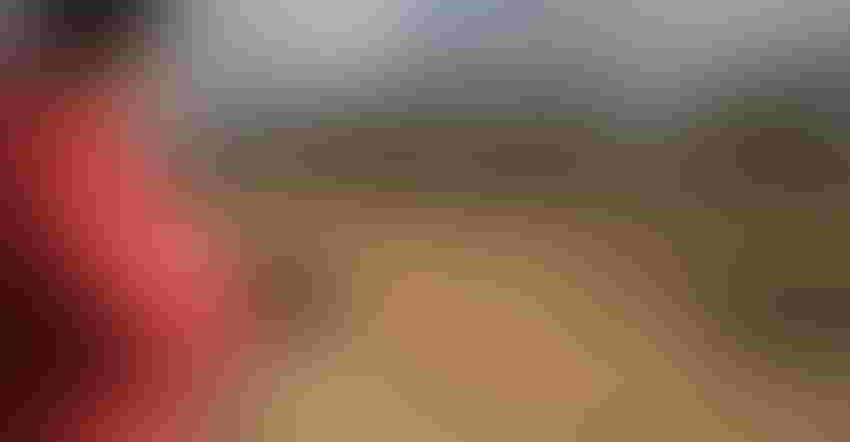 Compare how water flows on farmland to the circulatory system in humans: Tile drainage mains and ephemeral gullies would be the veins, grassed ditches would be the arteries, and constructed wetlands together with bioreactors would be the two kidneys.

Bioreactors are trenches buried in wood chips at major tile water outlets. Microbes eat the carbon provided by the wood chips and “breathe” the nitrate-nitrogen content of the water, causing a kidney-like filter effect.

Similarly, wetlands are strategically located to capture the tile drainage main, but they also take up more space at 0.5% to 5% of the total drainage area. In the case of 100 acres, 5 or less would be dedicated to a wetland. This allows the flow to weave through emergent plants, which provide carbon for denitrifying microbes, before eventually discharging water into a nearby river.

Both bioreactors and wetlands collect and clean tile water, ensuring much of the nitrate in the subsurface runoff doesn’t continue on downstream, says Jill Kostel, senior environmental engineer with the Wetlands Initiative based in Bureau County, Ill.

Kostel says they’re both effective filters, but in-field practices such as nutrient management and cover cropping tend to interest farmers more because they retain soil, nitrogen and phosphorus that bind to soil particles in the field.

Related:How to build a bioreactor

“For areas with a lot of tile-drained acreage, one farmer who rolls his low-lying marginal farmland into a constructed wetland is going to have a significant impact on the tile water leaving his fields,” Kostel says.

“Some people call constructed wetlands an edge-of-the-field practice, but we prefer to think of it as a ‘conservation drainage practice,’ where we’re strategically placing these to capture the tile drainage flow and reduce the nitrates,” she adds.

Bioreactors can have a diminished cleaning effect on water during extended heavy rain events, Kostel says. Wetlands, on the other hand, are able to store and clean larger volumes of water.

Kostel has worked with soil and water conservation districts and the Natural Resources Conservation Service to enroll farmers into farm bill conservation programs, which provide financial assistance for practice implementation.

The Wetlands Initiative covers 100% of the design and initial technical oversight costs. It has helped to build four constructed wetlands so far in Illinois and can be contacted through its website, smartwetlands.farm. 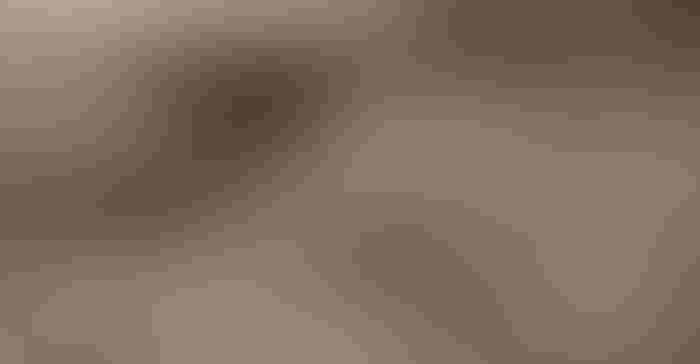 SPILLWAY: On the other side of the primary spillway out of a Bureau County, Ill., wetland, water trickles.

“Constructed wetlands aren’t permanent, per se, but they are long-life practices that remove nitrogen for 30 or more years,” Kostel says. “We try to make them hardy and robust enough that hopefully there is no need for maintenance. Really, we like to think of it as, ‘you set it, you forget it.’”

Outside of periodically checking the water level the first year, mowing and scheduling a controlled burn, owners don’t have to do much else.

“You just let the engineering inside the wetlands go,” she notes.

Kostel says she’s been approached by farmers who don’t have land that fits the bill for the constructed wetland practice. She directs them to any number of organizations in Illinois advancing specific edge-of-field practices, such as saturated buffers, in the Illinois Sustainable Ag Partnership.

“With a saturated buffer, the tile comes in and you run a lateral line parallel with the receiving water, so the water has time to percolate through the soil and deep root system as shallow groundwater,” Kostel says, adding that saturated buffers provide additional benefits similar to constructed wetlands, such as wildlife habitat.

She says on the flattest land, in-field drainage control structures installed on drainage mains can manage the timing and amount of water leaving a field, allowing the water to sit and microbes to breath the nitrogen supply. The same effect happens in wetlands.

“It just depends what the best practice is for your situation,” Kostel concludes.