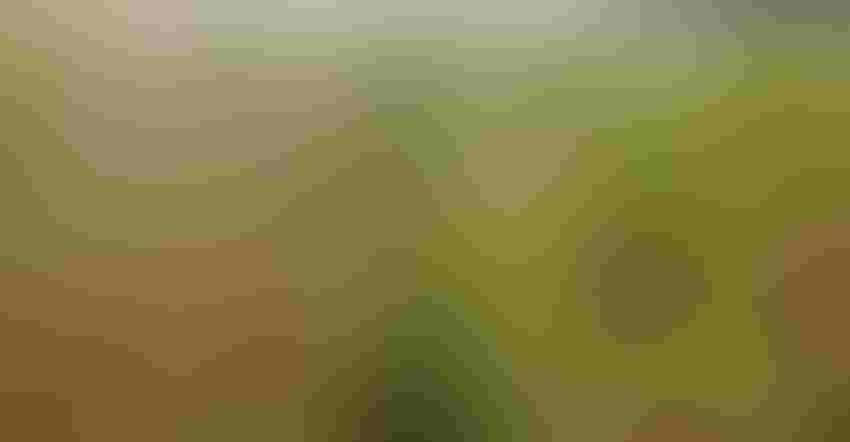 The much-touted federal Pollinator Habitat Initiative and Conservation Reserve Program is causing a developing Midwest environmental disaster, spreading herbicide-resistant weeds across Ohio and other states in the region.

Researchers at the University of Illinois say the program, meant to provide habitat for pollinating insects, is spreading the seeds of Palmer amaranth, including infestations in two Ohio counties.

Crop sciences professor Aaron Hager, the Illinois project leader, says this takes the total to at least four Midwestern states where Palmer amaranth, a wildly prolific seed producer that grows up to 7 feet tall, has been found in the pollinator seed.

Thus far, researchers across the Midwest have found Palmer amaranth growing in dozens of counties.

At least 35 of 48 counties in Iowa have Palmer amaranth infestations, two in Illinois, one in Indiana and the two in Ohio saw the problem first on conservation program lands.

ON THE MAP: Counties in black indicate where Palmer was first found in an agricultural field, while red indicates it was on conservation program land. Yellow signifies the source of introduction was not identified. (Graphic by Julie McMahon, University of Illinois)

The University of Minnesota also recently identified its first occurrence of Palmer amaranth in Minnesota, also on land enrolled in the pollinator habitat program.

“These are just the ones that have been detected,” Hager says.

Mark Loux, a professor at Ohio State University’s Department of Horticulture and Crop Science, says it has happened in Ohio.

“We know of at least two sites here in Ohio where Palmer was introduced this way, one of which resulted in the contamination of several large fields along the Scioto River, and the other where the producer chose to destroy an extensive new conservation planting rather than risk spread to his crop fields,” he says in a published university report.

Free testing of seed
Loux says the university, the National Resource Conservation Service and the Ohio Department of Agriculture all highly recommend that farmers take advantage of an ODA free service and have any seed intended for conservation plantings tested for Palmer amaranth.

“In addition, we suggest thorough scouting of recently established conservation plantings for the presence of Palmer amaranth,” he writes.

It shouldn’t be hard to find; the weed produces rapid growth of up to 3 inches a day.

Hager says growers and Extension educators need proactive guidance on how to prevent the newly introduced Palmer amaranth from moving onto agricultural land.

“I don't know whether those enrolled in the pollinator habitat program are allowed the flexibility needed to control these populations,” he says.

The habitat program aims to restore or enhance 7 million acres of land for pollinators over five years through federal actions and public-private partnerships. “We don't have any issues at all with the concept behind the pollinator habitat program; it's a good program,” Hager says. “But because of this program, we've now introduced Palmer amaranth to potentially thousands of acres of land, and we need to know what we are going to be allowed to do to try to stem the spread of it. And we need to do that quickly.”

Hager says his team traced the weed seed to at least one source: pollinator habitat seed sold by a company in the Midwest. A tag on the seed mix claims it is 100% weed-free, but this was not the case when the Illinois team germinated the seeds and grew the plants in a greenhouse.

Hager says his team found seeds of several species of the genus Amaranthus, including smooth pigweed, waterhemp and Palmer amaranth.

The provider of the bad seed is one of dozens of companies that sell seed mixes used in the USDA Pollinator Habitat Initiative and Conservation Reserve Program.

“We're not going to name the company, because we don't think this is the only one distributing weed seeds in their pollinator seed,” Hager says in a statement.

He tells Ohio Farmer there has been a lot of reaction to his report. “A lot of people didn’t know about it [the polluted seed]; that’s why we did the report.”

Origins of weed
Palmer amaranth is not native to Ohio or other states in the northern U.S., but hails from the desert Southwest and is one of 10 common pigweeds in the Great Plains and the Southeast U.S.

A Michigan State University report calls Palmer pigweed, as it is referred to in the South, the most competitive and aggressive of the pigweed species.

The characteristics that make growers fearful of it include extended emergence patterns (mid-May to late-August and early-September); rapid growth rate; high water use efficiency with drought tolerance; high seed production averaging 400,000 seeds a plant; separate male and female plants leading to a high degree of genetic diversity; potential hybridization with other pigweeds; and rapid development of herbicide resistance.

Loux writes in a recent issue of Knock County Agriculture News that the three primary sources of new Palmer amaranth infestations in Ohio so far have been its seed in the cotton-based feeds from the South; the movement of contaminated combines from Palmer-infested areas of the South to Ohio; and the presence of Palmer seed for conservation plantings, including wildlife and pollinator, from states farther west, such as Texas and Kansas.

Loux says knowing what the sources of Palmer amaranth are in theory means that it is possible to prevent any additional new infestations.

“Among other things, this would require that every grain or animal producer, feed dealer and equipment dealer be well-informed enough about this problem to take the appropriate steps: Stop importing combines from Palmer-infested areas; stop using cotton-based feed products from these areas; and test all cover crop seed for the presence of Palmer amaranth seed prior to planting,” he says. “We can hope that we continue to work toward these solutions before the state gets overrun with Palmer amaranth.”

Meantime, Yvonne Odom, executive director for the Farm Service Agency in Champaign County, Ill., says USDA and FSA, which helps administer the program, do not license the seed companies or inspect the seed mixes farmers use in the pollinator program.

They do review the seed tags, which are supposed to accurately represent the varieties and abundance of seeds in the mix, and the presence or absence of weeds, she says.

Hager says, once established, herbicide-resistant Palmer amaranth is almost impossible to stop. Some cotton farmers in the South have discovered that it can ruin once-productive farmland in only a few years.

“There are a lot of scary stories about Palmer amaranth coming from the Midsouth,” he says. “It's hard to describe this species as anything less than potentially devastating. It's put people out of business before.”

Erin Hill, weed diagnostician and cover crop specialist at Michigan State University’s Department of Plant, Soil and Microbial Sciences, tells Ohio Farmer that Palmer amaranth has not been found in the 6,034 acres of Michigan land enrolled in the USDA Pollinator Habitat Initiative and Conservation Reserve Program.

Hill, who worked with the Indiana researchers on the study, says Palmer amaranth has been in 10 southwestern Michigan counties, but none was linked to the pollinator program. “Not that we know of,” she says.

Odom says participants in USDA conservation programs who suspect that they have weeds such as Palmer amaranth growing in their pollinator plots should call their local FSA administrator to report the problem and ask for guidance. Restricted mowing and applications of herbicides, she says, will likely be recommended for infestations.