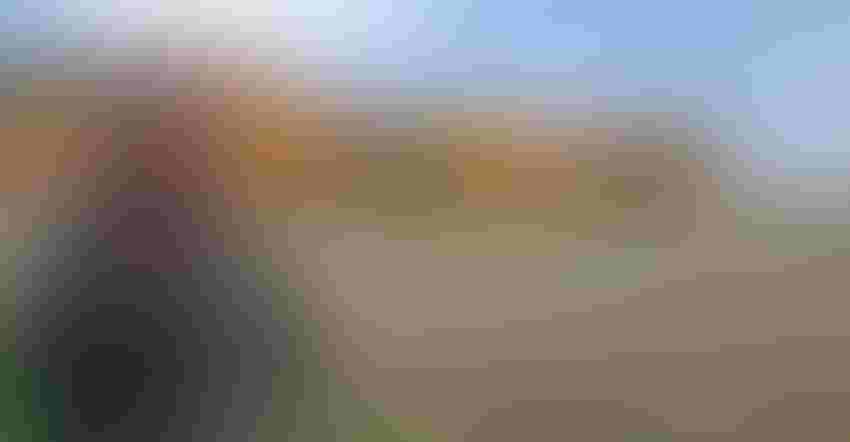 This time of year is my favorite, with the leaves changing and combines rolling. And as the season changes from the warmth of summer to the coolness of fall, I’m also entering a season of change professionally.

Friday, October 14 marks my last day with Farm Progress, the only work family I’ve ever known in my professional life. It’s hard to put into words the forever impact this work family has offered me, taking a chance on me as a young college student and graduate and continually encouraging me to be the best version of my professional self over my 19 years of writing full-time for our many state and regional titles.

When it comes to ag policy, I regularly say I try to decode the often complex world of regulations and legislation so farmers can understand it. The love of agriculture is rooted deep in this southwest Iowa farm girl, so talking to farmers always made me feel at ease. My favorite farmer, my dad, keeps me honest when he asks the deeper questions on a story of mine he’ll read, and we’ll digress into intense political discussions.

Related: Harvest memories worth every mile

I first started my tenure at Farm Progress as an intern at Iowa-based Wallaces Farmer in the summer of 2001. I walked into the office of then-editor Frank Holdmeyer and asked for a job. There wasn’t an official listing, but they found a way to hire me for the summer and I quickly fell in love with writing for farmers.

Between interning at Wallaces and graduating from college in May 2003, I spent a summer as the Iowa Pork Producers Association legislative intern, which provided me an eight-week stint in Sen. Chuck Grassley’s press office. I caught the bug for writing about agricultural policy and haven’t looked back.

I started writing my first weekly ag policy columns in Farm Futures Daily when Farm Futures was relaunched in 2004. My ag policy writing quickly found recognition as I was a guest at the 2005 Danish Guild of Agricultural Journalists’ world conference in Copenhagen, Denmark, for my published paper on the future of U.S. ag policy.

Just like farming, ag policy is cyclical. I’ve seen the same issues debated, contested, eliminated and then circle right back around to be debated again.

I’ve lived through Congress’ writing and USDA’s implementation of five farm bills, including the 14-hour marathon amendment markup in the House Agriculture Committee during the 2012 process, praying my newborn baby girl would stay asleep as I tuned in.

I recall the momentous mention of ethanol by President George W. Bush during a State of the Union address and the 2005 and 2007 Renewable Fuel Standard. I’ve seen that industry go from its infancy to the ethanol industry we know today.

I’ve reported on mandatory country-of-origin labeling, the subsequent World Trade Organization challenge from Mexico and Canada and the eventual repeal by Congress. And yes, there’s that cyclical return to action with Congress again trying to find a way to advance COOL.

And just in the past two weeks, the Supreme Court has taken up two monumental cases with implications for agriculture that I’ve covered for over a decade: the wetlands case challenging the definition of waters of the U.S. and California’s animal welfare standards in Proposition 12.

I interviewed Secretary of Agriculture Tom Vilsack many times, but my favorite was in his office at the USDA building in his final year of the Obama administration. I remember walking around the Farm Progress Show shadowing then-Ag Secretary Mike Johanns and later interviewing him for a profile when he was a junior senator.

It’s the many interviews over the years that challenged me to dig deeper and learn the “rest of the story,” as Paul Harvey would fondly say during the radio stories I listened to growing up.

It’s hard to only thank a few, but a handful of cherished colleagues built the foundation for my professional growth.

Willie Vogt, editorial director, gave me my first full-time job. We worked side by side churning out five or six stories a day in my first three years on staff as the e-content editor. I blame him when I don’t feel like I’ve put in a full day’s work unless I’ve written a handful of stories every day!

Without a doubt, I’m a better writer today after being mentored by Farm Futures Executive Editor Mike Wilson. He asks the right questions, pushes me to go deeper – and doesn’t let me settle for subpar. His editing prowess makes me proud of my finished stories. We’ve won a team award together on the Trump administration’s crackdown on illegal immigrants, but it’s the less recognized ones that reveal the true beauty of working together.

Sarah Muirhead hired me on at Feedstuffs five years before veteran ag policy reporter Sally Schuff retired, with the plan for me to eventually fill Sally’s very big shoes. Sarah always is quick to pivot when challenges come her way and makes the best of whatever lies ahead. I was blessed to learn from both of them and become part of a close-knit team that forever holds a special place in my heart.

To all the staff at Farm Progress, thank you. This isn’t farewell, but let’s share that hug and laugh the next time our paths cross.

To my farmer readers, thank you for being the reason I write every day. I respect the job you do, the challenges you face, and the ongoing impact of policy on your everyday life. Feel free to reach out to me at [email protected]. I would love to hear from you.

Change, just like the stunning leaves changing each fall, can be beautiful. There are more harvests ahead – and more farm bills to cover. Until we meet again.