On-farm research gives a look at how inputs and management practices perform on your farm, and whether or not they have an economic return.

It's that time of year again when farmers and ranchers gather for a number of meetings across the state to learn about the latest topics in agriculture. The big topic on everyone's mind this year, of course is managing costs when margins are tight. We're also coming up on annual Nebraska On-Farm Research Network updates in February. Those involved with the program know the benefits well – you test out a certain input or management practice at the field level and get an idea for how well it works on your farm. In times of tight margins, that's handy information to have. 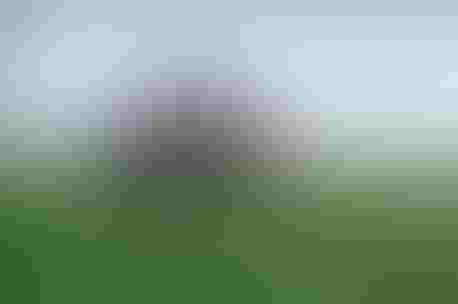 Last week at the Fremont Corn Expo, Bob Nielsen, Purdue University professor of agronomy and Extension corn specialist outlined the importance of trial data, on-farm research, and boots-on-the-ground management when it comes to determining the economic optimum use of inputs.

Take nitrogen for example. Nielsen noted that through on-farm research trials, researchers and farmers across the U.S. have been able to test out varying rates of nitrogen – usually in four to six different strips (a quantitative input like nitrogen could have any number of rates). With enough data gathered in different conditions, growers can create a yield response curve to get a good idea of what the optimum economic rate is. On a typical yield response chart, once nitrogen rates reach a certain point, the yield response is less, and eventually plateaus – that is, the highest-yielding rate isn't the most economical. Without that yield response curve from on-farm research, it's tough to know what the right rate is.

Then again, it might mean analyzing whether a certain input pays off enough to justify its use, like foliar micronutrient applications. In recent years, farmers have tested out foliar applications of micronutrients like sulfur, boron, manganese and zinc at different rates as part of the Nebraska On-Farm Research Network. Results have mostly been economically neutral, but in some replications, results have been promising, and the growers involved are adopting these micronutrients as part of their standard farming practice.

It might even be management practices that cost nothing but time, like adjusting planting speeds. That was just one of the practices brought up by a panel of Corn Yield Contest growers at the Fremont Corn Expo last week. One of the panelists noted slowing down planting speed to four or three miles per hour in on-farm trials resulted in improved seed distribution, uniform emergence, and even an increase in yield – an easy return on investment for those who can afford to slow down.

Only you know the challenges specific to your farm, and how your farm acres vary spatially. Whether it's a specific input, timing of application, application rate, using precision technology to set a prescription rate for these inputs, or any other management practice, the best way to know how it performs on your farm is to test it on your own soil through on-farm research.