Note: You can listen to my conversation with Amit Jhala using the audio player at the end of this blog. 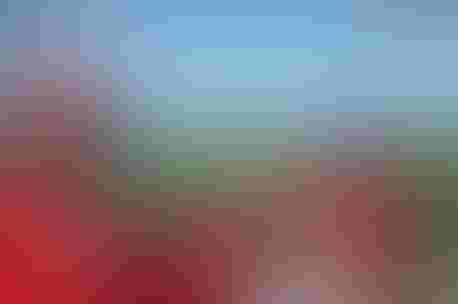 Growers have some new tools in the toolbox to fight these weeds in the form of multiple-herbicide-tolerant crops and premixed herbicides with multiple modes of action, but Amit Jhala, University of Nebraska Extension weed management specialist, reminds growers that repeatedly using any single mode of action will inevitably result in a resistant weed population — whether it's glyphosate, PPO inhibitors, or ALS inhibitors.

In the latest Nebraska Notebook, Jhala discusses the opportunities these new technologies bring, as well as some tips to prevent resistance from developing to glyphosate and other herbicides.

"In soybeans, if some growers use Valor, which has flumioxazin as an active ingredient, which is a PPO-inhibiting herbicide — and if they apply, for example, Ultra Blazer as a postemergence, which is a PPO-inhibiting herbicide, basically they are using two different herbicides, but they belong to the same group of herbicides," Jhala says. "That's why it's very important to understand herbicide modes of action and include herbicides with multiple effective modes of action in your herbicide program."

Jhala also discussed some recent research on how resistance develops through gene flow and pollen transfer. This includes two years of research on common waterhemp, a dioecious species, which means it includes both male and female plants. The study involved transplanting about 1,000 glyphosate-resistant common waterhemp plants from a greenhouse into a field, and then transplanting susceptible common waterhemp in the area at different distances from the resistant population — up to 200 feet away — to see how far pollen can transfer the resistant gene.

"We may need to consider and think about not only our herbicide program and using multiple modes of action, but we also need to think about biology of the weed species and how we can overall prevent the spread of resistance," Jhala says. "Zero tolerance is very important. If you have some plants surviving your herbicide application, we may need to remove them as soon as possible before they start flowering to make sure not only seed, but pollen cannot move and spread resistance from one field to another field."