A human baby has antibody transfer across the placenta, but a calf can only obtain maternal antibodies from colostrum. 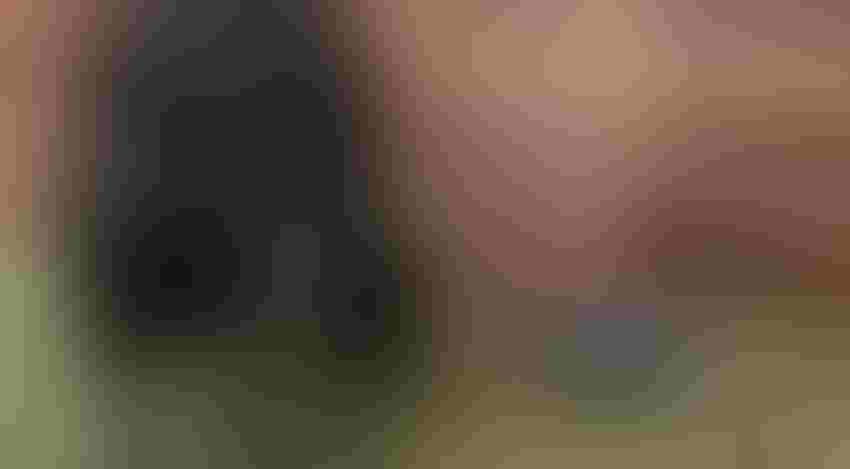 A rancher helps a newborn calf nurse for the first time on a cold night.Heather Smith Thomas

Colostrum is crucial for a newborn calf, to provide instant energy and temporary immunity to help resist diseases he will encounter.  Calves with failure of passive transfer (calves that don’t absorb adequate levels of antibodies from colostrum) are at much greater risk for illness and death in the first three months of life.

Dr. Lisa Gamsjaeger, University of Calgary Faculty of Veterinary Medicine, has worked with many critical-care newborns.  “We see some very sick calves that didn’t get adequate colostrum.  It can be difficult to come up from behind and fight infections when they could have been prevented just by making sure calves received enough high-quality colostrum,” she says

“Colostrum also contains helpful cells and antimicrobial peptides which are defense mechanisms that can help protect the calf,” says Gamsjaeger.  Many producers calve in January-February or March so the two most crucial components of colostrum are antibodies and the fat.  The latter provides instant energy to keep warm, and prevent hypothermia and frostbite.

Sometimes the producer doesn’t find the newborn calf quickly, and doesn’t know whether it suckled, or suckled soon enough.  “The calf needs colostrum within the first 24 hours, but actually should have the first feeding within 2 hours after birth in order to transfer enough antibodies and nutrients, and keep the calf warm,” she says.  This is the optimum time for absorbing antibodies directly through the gut wall into the blood and lymph systems.  After about 6 hours the calf has lost half the capacity to absorb antibodies.

“Every calf is different.  Some lose that ability sooner.  It depends on whether it was an easy birth or how much stress the calf suffers.  In the average calf the ability to absorb any antibodies from the gut is completely gone after about 24 hours,” says Gamsjaeger.

There is still benefit from colostrum after that first day; the calf can utilize some of the other ingredients for a longer period—including some of the defense mechanisms that fight bacteria locally within the gut.  “Even if the calf is 24 hours old, colostrum still helps, but he can’t absorb any antibodies directly from the gut.  That ability diminishes rapidly but there is still some local immunity.”  In a natural situation, the calf nurses frequently and gets what is left of the colostrum the dam produced—as it is gradually replaced by incoming milk.  There are still some ingredients of colostrum available for another day or so.

Passive immunity gained by the calf may last a few weeks or a few months, depending on the quality and quantity of colostrum ingested, and other management factors, and stresses suffered by the calf.

“Calves most at risk for not getting enough colostrum and antibodies are twins and calves that have to be pulled,” says Gamsjaeger.  Calves from heifers may not get enough either—sometimes because heifers have less colostrum than mature cows and sometimes because they are slower to mother their calf.  In these situations you need to provide the calf with additional colostrum.

Dr. Jennifer Pearson, University of Calgary, found that 25% of birth-assisted calves (difficult birth) have failure of passive transfer of immunity; they don’t get enough antibodies.  “Comparing this to the general incidence of disease in 33% of young calves across western Canada, it’s not just the assisted calves that end up short.  It’s also a problem in some calves born out in the fields.  They may eventually nurse and everyone thinks they are ok, but some of them may not have obtained the necessary colostrum soon enough,” Gamsjaeger says.

For a short time after birth, the calf has an “open” gut; the large molecules of antibodies can slip through into the bloodstream and lymph systems.   Most antibody absorption occusr in the first 2 or 3 hours and after that there is diminishing ability for the gut to absorb them.

“The gut does remain open for some absorption during subsequent feedings,” says Haines.  “In nature the calf suckles small amounts over a longer time period, whereas when we are bottle-feeding a calf we usually feed a larger amount in just one or two feedings.  We don’t give up and not feed colostrum just because we might be late getting it into the calf,” says Haines.  It will still do some good, and there are also certain types of antibodies that are meant to stay in the gut and attack some of the scours pathogens.

“You get the best passive transfer within the first hours of life, however, so if we know the calf won’t be able to suckle mom, we give a large feeding of colostrum as soon as possible,” she says.

“We’ve done studies in beef and dairy calves, showing that calves—especially those that had a difficult birth—either because they are acidotic, with lower blood pH or for some other reason are unable to absorb antibodies as readily.  These calves greatly benefit from a second feeding.  You can feed a bit less (not the whole amount) in the first feeding, and a subsequent feeding within just a few hours,” says Haines.

Generally you want to provide as much colostrum as possible as quickly as possible, because gut closure is hastened as soon as the calf has a meal.  This is because it’s a race between the pathogens and antibodies, and Mother Nature wants the antibodies to get there first.  “But for reasons we don’t understand, if a calf has had a stressful birth and is acidotic and not breathing very well, he’s not absorbing antibodies very well, in those first hours.  It is critical to get these calves breathing and moving, and then deal with providing colostrum,” she says.

The target levels for antibodies for newborn calves is something over 20 grams of IgG in their blood serum after nursing.  “We can’t achieve that in every calf because absorption varies from calf to calf.  You can still have a healthy calf with lower antibody levels if the pathogen challenge level is low.  Sanitation plays a huge role in calf health,” says Haines.  If the calf is born on clean pasture rather than a muddy, contaminated area where there are many cattle, that calf may be fine with less colostrum.

It’s a numbers game--how much challenge with pathogens versus how many antibodies are present to protect the calf from that challenge.