Agreement reached to delay enforcement of Q3 that would have banned the sale of pork raised in gestation crates. 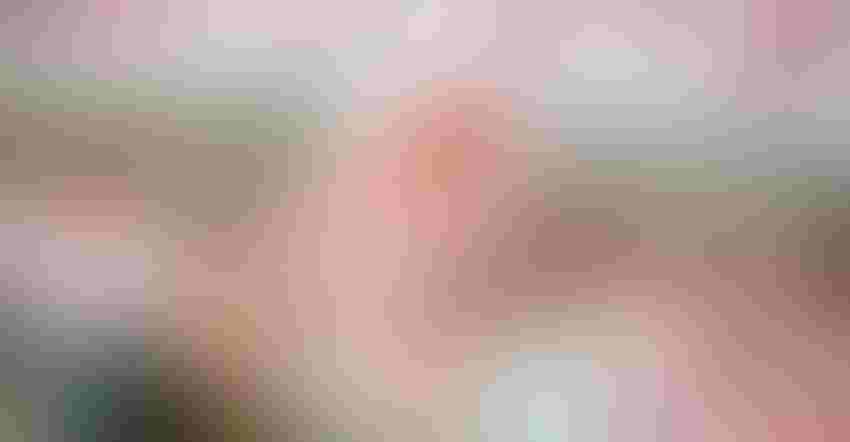 Judge Mark Wolf, a United States federal court judge for the District of Massachusetts, signed an agreement August 11 approving the delay of enforcement of a state law that would have banned the sale of pork that comes from animals not housed according to the state's prescriptive housing standards. This agreement is limited to the pork sales provisions and does not apply to either the egg or veal provisions in Q3.

A coalition led by the National Pork Producers Council, with the National Restaurant Association and several New England restaurant and hospitality associations, filed suit seeking to stop the law’s impeding implementation. The suit also asks the court to find the law unconstitutional.

The state law, known as Question 3 (Q3), was a 2016 Massachusetts ballot initiative set to go into effect on Aug. 15, 2022. Q3 is similar to California’s Proposition 12, which is currently being reviewed by the U.S. Supreme Court. Q3 would ban any uncooked whole pork meat sold in the state that does not meet specific sow housing requirements, regardless of where it was produced.

Going further than Prop 12, the Massachusetts law would not allow the transshipment of whole pork through the state jeopardizing an estimated $2 billion worth of pork that moves into neighboring New England states. You cannot get to New Hampshire or Maine without traveling through Massachusetts and nearly all pork shipped there as well as to large parts of Connecticut, Rhode Island, and Vermont moves through Massachusetts, NPPC explains.

In June, the Massachusetts Department of Agricultural Resources released final rules implementing Q3. An FAQ Guidance Document was unveiled on July 11 and caused major concerns concerning the state's determination of the implementation date and its impact on shipments of pork transiting through Massachusetts to other states.

“This is a significant outcome as NPPC continues to push to preserve the rights of America’s pig farmers to raise hogs in the way that is best for their animals and maintains a reliable supply of pork for consumers,” says Terry Wolters, NPPC president and owner of Stoney Creek Farms in Pipestone, Minnesota. “The impact of Question 3 would have been particularly harmful to those in surrounding New England states who did not have a vote in the 2016 Massachusetts referendum, nor any notice of the dramatic steps that activists had taken trying to force these harmful initiatives on voters in other states.”

Earlier this week, the office of Massachusetts Attorney General Maura Healy and the coalition came to a commonsense agreement that the Q3 rule prohibiting sales of non-compliant pork should be put on hold at least until 30 days after the U.S. Supreme Court issues a ruling in the lawsuit brought by NPPC and American Farm Bureau Federation to Proposition 12. This agreement is limited to only the pork sales provision of Q3, and producers located in Massachusetts are still required to comply with the in-state housing standards.

“Working cooperatively with the court and AG Healy’s office to ensure already-constrained supply chains continue to work despite this unconstitutional law is a win for American families and local economies in New England and around the country,” Wolters adds. “Thanks to this agreement, and court order, New Englanders can still enjoy their favorite pork products — from bacon to ribs and BBQ this Labor Day weekend and throughout the rest of the year.”

“This stay is the outcome that Rhode Island restaurant operators may not have even realized they needed,” explains Dale J. Venturini, president and CEO of the Rhode Island Hospitality Association. “The supply chain in our state is so challenging right now that this far-reaching regulation in Massachusetts would have been an uncontrollable and unexpected blow locally. For now, the status quo remains in place and diners in Rhode Island can be sure they’ll still be able to get bacon for breakfast or on top of their Friday night burger.”

Angelo Amador, executive director of the Restaurant Law Center, says by getting this stay of enforcement, the industry has ensured that until the U.S. Supreme Court rules on this issue, restaurants in Massachusetts and surrounding states will not have to make significant changes to their menus or disappoint their diners.

“Regardless of whether some sellers can comply with the requirements and some consumers support the spirit of the new law, the precedent of allowing each state to pick products it would like to regulate would have staggering national implications for the supply chain,” Amador says. “These barriers to trade based on unique value judgments will make the national economy more fragmented, inefficient, and hinder growth.”

Josh Balk, vice president of farm animal protection at the Humane Society of the United States which led the ballot campaign efforts in Massachusetts and California, says HSUS believes it is only a matter of time before change will happen in prohibiting the housing of sows in crates.