Closure comes as more than 200 employees at the pork-processing plant tested positive for COVID-19. 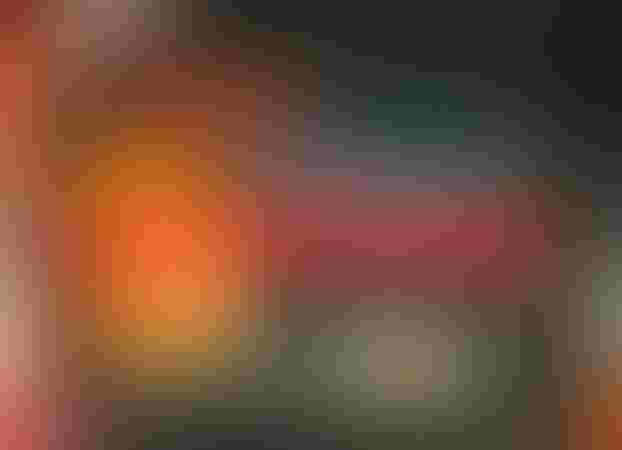 By Isis Almeida and Matt Day

The world’s biggest pork producer is shuttering a major U.S. plant indefinitely after a coronavirus outbreak among employees, with the company warning that closures across the country are taking American meat supplies “perilously close to the edge” of shortfalls.

Smithfield Foods Inc. will idle its Sioux Falls, South Dakota, pork-processing facility, which accounts for 4% to 5% of U.S. production, the company said in a statement Sunday. The move comes after state officials reported more than 200 cases of COVID-19 for plant employees, adding to a spike in infections that’s seen hundreds of American meat workers get sick. Plants have been forced to shutter or reduce output.

“The closure of this facility, combined with a growing list of other protein plants that have shuttered across our industry, is pushing our country perilously close to the edge in terms of our meat supply,” Smithfield’s Chief Executive Officer Ken Sullivan said in the statement. “It is impossible to keep our grocery stores stocked if our plants are not running.”

While it’s unclear whether the meat-employee infections have anything to do with the workplaces, the news exposes the vulnerability of global supply chains that are needed to keep grocers stocked after panic buying left shelves empty. The shuttered plants and sick workers are adding to other disruptions caused by the virus that’s making it harder for food to get from farm to table. Trucking bottlenecks, and snarled port traffic have also contributed to why shoppers are seeing empty shelves.

The surge in cases has also raised concerns over worker safety. Deaths have been reported for employees at meat facilities owned by JBS SA and Tyson Foods Inc. Laborers have, in some cases, staged walk-outs to protest working conditions. In meat plants, stations on processing lines can be close together, creating challenges for social distancing. Workers also share break and locker rooms.

Smithfield, owned by Hong Kong-listed WH Group, originally planned to shutter the South Dakota facility for three days. South Dakota Governor Kristi Noem asked for the closure to be extended to at least 14 days, saying in a letter to the company that it needed to “do more.”

The Smithfield facility’s 3,700 employees will receive pay for at least two weeks during the shutdown.

The company said it will reopen the plant when it receives further direction from local, state and federal authorities.

“Unfortunately, Covid-19 cases are now ubiquitous across our country. The virus is afflicting communities everywhere. The agriculture and food sectors have not been immune,” Sullivan said. “We have continued to run our facilities for one reason: to sustain our nation’s food supply during this pandemic.”

Our testing capacity continues to grow, and we've already tested a higher share of our population than the national average.South Dakotans are doing what is necessary to flatten the curve. We've already cut our projected peak hospitalization numbers in half. (6/8) pic.twitter.com/t3uFPFJm7s

Workers in other points of the food-supply chain have also started to get sick. In all likelihood, the number of cases will keep going up at meat plants, farms, warehouses and packaging factories across the globe. That’s pointing to an acute contradiction between the need to keep people safe, while also ensuring that the world has enough food.

To be clear, the output from a plant where infection pops up doesn’t pose health concerns because by all accounts Covid-19 isn’t a food-borne illness. Supplies from a farm or a production plant with a confirmed case can still be sent out for distribution.

And it’s important to note American inventories are still ample, including of frozen pork.

Still, there is a risk to continued production. When a worker gets sick, the employee and every person they’ve come into contact with has to be quarantined. Plants also needs to close for deep cleanings. A Cargill Inc. plant in Pennsylvania has also been closed temporarily because of an outbreak among employees.

Some companies also had to slow down plants that are set up to supply restaurants, instead of supermarkets. Sanderson Farms Inc., the U.S.’s third-largest chicken processor, said earlier this month that it would run plants that process big birds for the food-services industry “well below capacity,” according to CEO Joe Sanderson.

Practically every food company has announced increased measures to protect employees, including meat giants like Smithfield and Cargill. Companies are enforcing hand washing and spraying down plants and break rooms. Shifts are staggered and lunch breaks are taken alone. It’s a tricky balance for producers who are prioritizing worker safety but also trying to meet the huge surge in demand that the virus has unleashed.

And while some producers have stepped up hiring to keep food supplies flowing, it’s not easy to find workers, even with rising unemployment. The industry has struggled with a reputation of difficult working conditions since the days of Upton Sinclair, the American author who wrote of abuses in his 1906 novel, “The Jungle.” Producers often rely heavily on immigrant workers to fill jobs that middle-class Americans shun.

If more cases mount and an increasing number of plants are forced to idle, it’s difficult to say what the tipping point will be in terms of supply shortfalls.

“We have a stark choice as a nation: we are either going to produce food or not, even in the face of Covid-19,” Sullivan said.