First worker tested positive for COVID-19 last week, social distancing not possible in processing plants where workers work side by side. 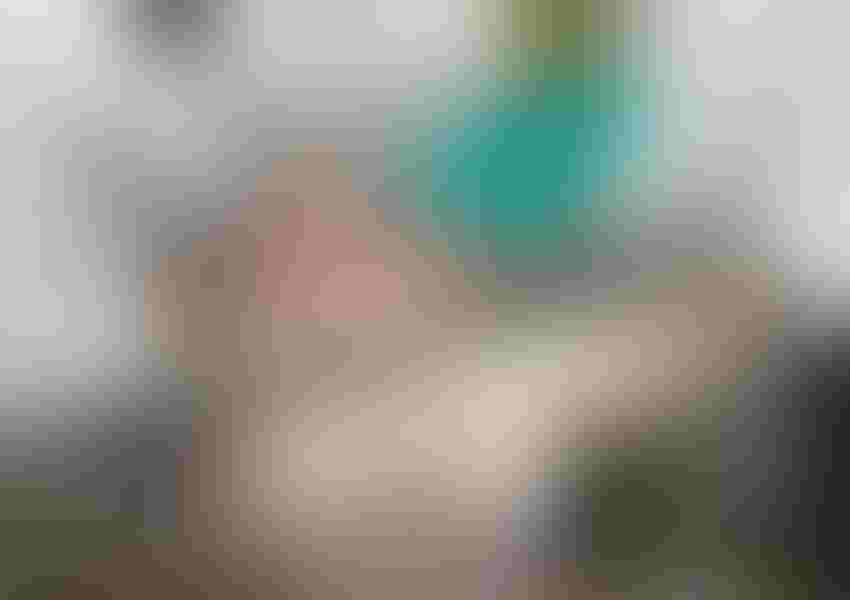 By Jen Skerritt and Tatiana Freitas

A growing number of workers who are crucial to supplying the world with meat are demanding that their companies do more to keep them safe from the coronavirus.

Labor unions are starting to speak out as their members fall ill. Some front line workers have even walked off the job. That’s raising the specter of mass protests that could threaten global meat supplies just as supply chains unravel and grocery stores struggle to keep food on their shelves.

It’s part of the balancing act facing meat and agricultural producers in a pandemic: how to keep the world fed while safeguarding employees. Slaughterhouses and processing plants are sanitizing their operations more, staggering lunch breaks and checking people’s temperatures, but unions say they’re still falling short.

“They’re scared to make that decision that you guys need to be six feet apart because the production is going to plummet,” said Paula Schelling, acting national joint council chairwoman of food-inspector locals for the American Federation of Government Employees.

The first case of a worker at a major U.S. meat producer testing positive for the virus was reported last week at poultry giant Sanderson Farms Inc. Since then, infections have cropped up everywhere from JBS SA plants in Iowa to Harmony Beef in Alberta.

While scattered factories have closed temporarily or cut output, generally companies are keeping plants running when workers get sick. Rather than shutting entire plants, they’ve focused on identifying areas where infected people have had direct contact.

In Brazil, a labor judge granted a petition in mid-March by workers at two JBS facilities in Santa Catarina state, a chicken-production hub, to halt or reduce operations because of safety concerns. The next day, JBS won a decision to overturn the ruling because food processing is considered essential.

Workers still feel unsafe, Celso Elias, a director at the union, said in a telephone interview.

JBS cited its strict measures to guarantee the health and safety of employees, including steps to reduce crowding. “The company proved to the federal court through documents, photos, videos and elements attached to the lawsuit, that it is adopting all the recommendations” of the World Health Organization and the Ministry of Health, JBS said in a statement.

In the U.S, social distancing is not possible in processing facilities where workers are side by side, and the Department of Agriculture is not equipping its consumer-safety or food inspectors with protective masks or hand sanitizer, Schelling of the American Federation said.

Dozens of inspectors who are at high risk of coronavirus complications due to health issues are on safety leave, and one consumer safety inspector died of coronavirus in New York City, she said.

While food safety inspectors follow guidance from the Centers for Disease Control and Prevention, “there are times when the physical layout of the plants they work in make social distancing a challenge,” the USDA said in a statement. “Unlike doctors and nurses in hospitals, there is no data to suggest that slaughter establishments are at higher risk of exposure.”

Inspectors may wear their own face masks to plants if they choose to, the agency said.

The League of United Latin American Citizens, the largest Latino civil-rights organization in the U.S., said workers are being exposed “with little recourse.” The group is asking the Department of Labor to provide clear guidelines on proper safety equipment, paid sick days and regular health checks for workers.

Workers further along the food chain are also starting to organize themselves in a coordinated action to demand more protection for employees working through the pandemic.

An employee at Amazon.com Inc. said he was fired for leading a strike at a warehouse in New York, while workers at Whole Foods Market went on a sickout strike in an effort to extract protections and better working conditions from their managers. The city of San Diego also urged Instacart Inc. to treat its shoppers as employees and provide paid sick leave.

For processing workers, a Canadian union representing them has asked employers to increase the space between each employee’s work area, even if line speeds drop.

“We’re calling on all these employers to look themselves in the mirror and say no matter what happens we did everything we could to keep food on the table and everyone safe,” said Thomas Hesse, president of United Food & Commercial Workers Union Local 401, the largest private-sector union in Western Canada with 32,000 members in Alberta, mostly in food processing and retailing.

Just as hospitals have reached out to staff with previous critical-care experience, some companies are working to create a relief pool of workers to keep plants running.

Chicken giant BRF SA in Sao Paulo is hiring more than 2,000 people in Brazil and other countries to replace those who may be unable to work because of the pandemic, Chief Executive Officer Lorival Luz said.

JBS USA is paying a bonus to retain staff while hiring more people to make sure it will be able to run plants if absenteeism increases.

“There’s a risk, but we have to balance that as we have a responsibility to continue to produce food,” Andre Nogueira, who heads U.S. operations, said on a conference call last week. “We cannot stop. Otherwise, you call it a big, big issue for the whole nation.”

--With assistance from Mike Dorning and Heesu Lee.