If things go well, the plant plans to process as many as 70 animals per week. 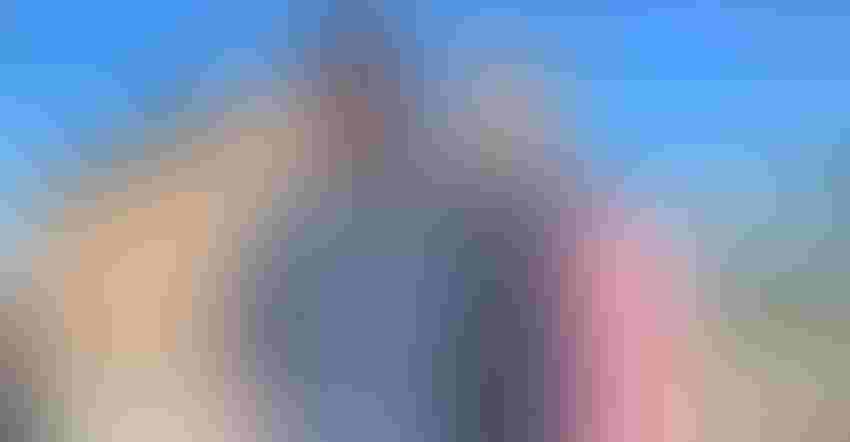 PLANT INVESTORS: Austin and Allison Kruisselbrink, Woodstock, Minnesota, stand in front of a Fort Pierre, S.D., processing plant that they invested in invested in because they want to sell beef directly to consumers. Lance Nixon

Fourteen cattle producers are reopening a small beef packing plant in Fort Pierre, S.D., that has been closed for 17 years.

Three investors from Minnesota, two from North Dakota and nine from South Dakota are behind the project. The plant hasn’t been operated since 2003, except for a husband-and-wife team’s processing of beef jerky for sale in another state, according to Kim Ulmer of Aberdeen, S.D., the lead investor.

The stockmen custom-processed 13 animals in each of the first two weeks of plant’s operation as they worked with South Dakota regulators to fine-tune its operation, but that meat wasn’t for retail sale. Once the plant is USDA certified, it will process more animals.

Ulmer says the plant — called US Beef Producers LLC — could be processing 30 head a week by Aug. 1. It plans to market the meat through local grocery stores and restaurants. It will also do custom-processing for local ranchers and will have a showcase within the plant for selling beef cuts, beef jerky and beef snacks.

If things go well, the plant will add another hanging cooler and process as many as 70 animals per week, Ulmer says.

“This project was in the hopper before COVID-19 impacted the region,” says Kyle Peters, a business development representative for the South Dakota Governor’s Office of Economic Development. “However, the timing of this project due to COVID’s effect in the packing industry could not have been more prominent.”

“There is really a need out there right now for packing plants,” says Steven Kost, executive vice president of Dakota Prairie Bank, the lead lender in the project. “At this point in time they have a lot of interest from local grocery stores that want to buy beef, and restaurants.”

A small plant has some advantages over larger processors when it comes to protecting works from COVID-19.

“It’s easy to check the health on six or eight employees. We’re going to do it five days a week,” Ulmer says. “The second thing is, they’re not sitting and touching elbow to elbow. There’s already social distancing happening in the plant. It’s not an assembly line system, it’s a table system, two guys working one table, two guys on another. There’s space between the workers.”

For consumers, the big advantage is that beef from the Fort Pierre area will not have to travel 800 to 1,100 miles through three or four companies to be finished and processed, then distributed back to grocery stores in the Fort Pierre area, Ulmer says.

“You can take the beef and go right from the processing center to a home or a grocery store if you’ve got it USDA-certified,” he says. “The beef can come from Fort Pierre right into people’s homes on a retail basis.”

Austin and Allison Kruisselbrink, farmers from Woodstock, Minn., invested in the plant because of the opportunity to sell local beef.

“We’re a family farm and we were looking for an opportunity like this for our own kill space to provide product directly to the consumer,” Austin says. “We’re sick of being taken advantage of by the big packers.”

Ulmer, who owns Huron Continental Marketing, says if the business model works well in Fort Pierre, he would like to find other small groups of investors to try it elsewhere.

“The second one is planned for Huron, S.D.,” Ulmer says.