The battle over biofuel blending pits two factions of Donald Trump’s political base -- farmers and oil companies -- against one another. 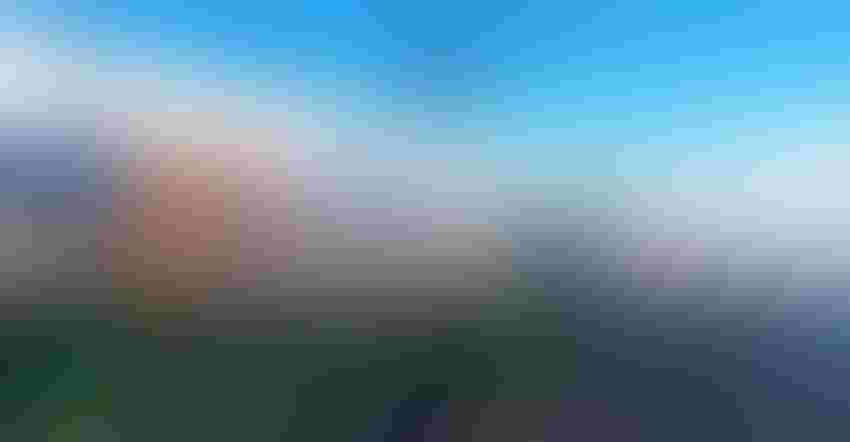 By Jennifer A. Dlouhy and Michael Hirtzer

Five American governors are asking the Trump administration to waive U.S. biofuel-blending requirements, arguing the cost of complying with the mandates on top of coronavirus-spurred lockdowns pose a “severe economic harm” to the country.

The governors, including Greg Abbott of Texas and Gary Herbert of Utah, made their plea in letters to the Environmental Protection Agency, which now has 90 days to decide on the matter. Louisiana Governor John Bel Edwards lodged his request earlier, on April 7. Governors Kevin Stitt of Oklahoma and Mark Gordon of Wyoming also are pushing for relief.

The governors cite a spike in the cost of tradable credits refiners use to prove compliance with annual biofuel-blending targets, as well as the coronavirus pandemic that has ravaged fuel demand and already spurred a closure for at least one oil refinery. The credit costs have more than doubled this year.

If the EPA rules in favor of the governors, it will be yet another big blow to the American ethanol producers, who make the biofuel primarily from corn. The entire industry is facing a reckoning. Long before the pandemic emptied roads and exacerbated an oil price war, producers were battling chronic oversupply and trade upheaval. Now slumping demand and prices mean smaller producers and those with heavy debt loads will struggle to ride out the losses.

The battle over biofuel blending also pits two factions of Donald Trump’s political base -- farmers and oil companies -- against each other as the 2020 presidential election approaches.

Continuing to implement 2020 targets for using renewable fuel including corn ethanol and soy-based biodiesel imposed an added burden on refiners, threatening to “severely harm the sector and consequently harm the economy of the states and the nation,” the governors said. Maintaining biofuel-blending targets would pose a “material threat” to the refining sector reeling from an unprecedented collapse in fuel demand, they said.

The current targets made assumptions about the ability of the U.S. refining sector to blend in biofuels that are no longer accurate in the face of these “current extraordinary circumstances,” four ofthe governors said.

The general waiver request is distinct from targeted, refinery-specific exemptions. Under the federal Renewable Fuel Standard, the EPA has the authority to waive blending mandates if domestic fuel supply is inadequate to satisfy them or implementing the requirements would “severely harm the economy or environment of a state, a region or the United States.”

The EPA must consult with the Energy and Agriculture departments and ask for public comment before making a decision. However, the EPA has been reluctant to grant such widespread waiver requests in the past, including in 2012 when a U.S. drought hit the corn harvest, prompting a price surge. Typically, each gallon of gasoline sold in the U.S. is mixed with about 10% ethanol.

University of Illinois agricultural economist Scott Irwin said it may be difficult to win a general waiver now, since it would be tough to prove that economic harm was not only widespread and broad-based but also caused by the biofuels rule.

“There’s a high hurdle to invoke that authority,” Irwin said by telephone. “Certainly, the present EPA would be much friendlier than in the past to a waiver request.”

Irwin said EPA Administrator Andrew Wheeler has shown “creativity” in how the agency interprets the RFS, which could create an opening here. Biofuel advocates already upset with the administration’s decision to exempt small refineries from the mandates would view an even broader waiver as a “declaration of war,” Irwin said.

The long-running squabble between the oil and farm sectors over biofuel blending requirements has only intensified amid the coronavirus.

Refining industry leaders argue the waiver is absolutely essential as they pare production and shutter facilities amid an unprecedented collapse in fuel demand.

The waiver request isn’t a bid to take away biofuel’s share of the market, said Derrick Morgan, a senior vice president with the American Fuel and Petrochemical Manufacturers association.

“We’re just looking for compliance costs to get back in line, during this time of severe economic harm to the refining industry,” Morgan said. Even though refining production has been dramatically cut back, he said ethanol will continue to be 10% of the U.S. gasoline supply.

Jennifer A. Dlouhy in Washington at [email protected];