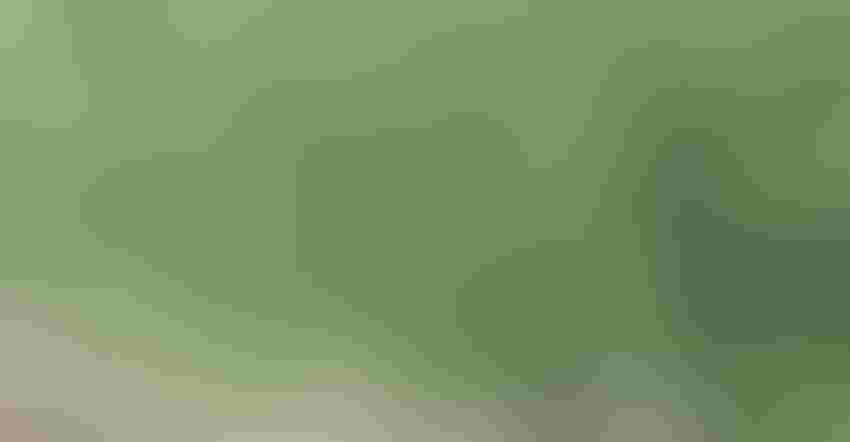 In October 2020, the Environmental Protection Agency implemented new restrictions on dicamba use to help reduce potential drift and incidents of the herbicide used more extensively to manage herbicide-resistant weed populations. New data released by the EPA Dec. 21 reveals that dicamba-related incident reports from the 2021 show little change in number, severity or geographic extent of dicamba-related incidents when compared to the reports the agency received before the 2020 control measures were required.

Will EPA make changes to dicamba’s registration and application requirements? This report gathers the intel on what that could mean for farmers and the industry.

Given the new information from the 2021 growing season, EPA says it is reviewing whether over-the-top dicamba can be used in a manner that does not pose unreasonable risks to non-target crops and other plants, or to listed species and their designated critical habitats. EPA is also evaluating all of its options for addressing future dicamba-related incidents. The agency stated it will not cancel the current registration or make any other changes to the restriction at this time, instead merely evaluating other options for addressing future dicamba-related incidents.

Additionally, a survey of midwestern specialty crop growers found that 45% of those surveyed had crops impacted by some level of herbicide drift in 2020. However, the survey indicated that only 6% of growers reported incidents when herbicide damage was detected in 2019 and 2020. Respondents did not distinguish damage by herbicide, but reported dicamba, 2,4-D or glyphosate as the most likely herbicide causing damage.

Nationally, about three-quarters of the cotton acreage and about two-thirds of the soybean acreage are planted with dicamba-tolerant (DT) seed. Based on market research data and aggregated sales data, about half of DT cotton and DT soybean were treated one or more times with an over-the-top (OTT) dicamba product in 2020 (2021 data are not yet available).

Based on pesticide usage survey data from 2020, misuse of dicamba products not registered for over-the-top use may have occurred on a small percent of DT soybean and cotton acres, the EPA report notes.

EPA expects that OTT dicamba related incidents continue to be “under-observed and underreported,” according to its latest report. The number of reported incidents vary depending on the state. EPA received few incident reports from states such as Georgia, Louisiana and Mississippi, where OTT dicamba is widely used.

In other states, such as Arkansas, Illinois and Minnesota, reported incidents are numerous and widespread. “Reported effects vary in severity and include landscape level damage and reductions in crop quality and yield,” EPA says. Additionally, the reports indicate some growers’ crops (or noncroplands) have experienced multiple years of exposure to dicamba and subsequent damage.

According to some stakeholders, off-target movement can occur even when there is complete compliance with label parameters of OTT dicamba products. “Officials from numerous states posit that secondary movement, or volatility, is the cause of the majority of off-target incidents. In addition, while some small number of reported dicamba-like incidents may be the result of environmental stress or exposure to other pesticides, the agency considers the preponderance of incidents to be the result of dicamba exposure,” the EPA report says.

However, in a joint statement from the grower groups including the American Soybean Association, National Cotton Council and American Farm Bureau Federation, they are raising questions about the data included in the report and expressed concerns about the potential of significant gaps of the data provided.

The grower groups note that it is not clear whether complaints were submitted to multiple sources/regulators and were therefore double counted. In addition, it is unclear if EPA, state regulators or others investigated complaints to verify injury or assess potential causes.

“It is concerning the information released provides an incomplete picture. Data that is not present in this EPA release may tell as much or more about the story than what the agency has included,” says Alan Meadows, a soybean grower from Halls, Tennessee, and ASA director.

NCC Chairman Kent Fountain, a Georgia cotton producer, adds, “EPA's report doesn't align with what the U.S. cotton industry has seen and heard in the field. The data needs to be analyzed carefully to ensure accuracy because dicamba is too important to our industry for decisions to be made on incomplete or faulty data.”

AFBF President Zippy Duvall explains the decisions EPA makes regarding herbicides have wide-ranging consequences for America’s farmers and ranchers, so they should be made after careful review and consideration of peer-reviewed science. “The stakes are simply too high to make major label changes without due diligence from EPA to learn all the facts surrounding reported incidents. America’s farmers deserve a fair process as they work to use climate-smart practices to produce food, fuel and fiber for our nation,” Duvall says.

Given the widespread use of over-the-top dicamba herbicide products on soybean and cotton in the U.S., EPA expects more instances of dicamba resistance to be confirmed and resistance to dicamba in problematic broadleaf weeds like Palmer amaranth and waterhemp to continue to spread.

Given that some registrants report that growers are making a second application of dicamba to remediate the initial failure, EPA says it is concerned that growers are not implementing robust herbicide resistance management plans, specifically using two effective modes of action.

“Therefore, the agency questions whether or not registrants are implementing effective herbicide resistance management plans (e.g., providing sufficient recommendations that encourage the use of a different mode of action or other method of control following a failure of dicamba) as required under the terms and conditions,” EPA states.

Growers currently using an OTT dicamba system in cotton and soybean could switch to using the OTT 2,4-D system. However, in the short term, growers may be unable to acquire 2,4-D tolerant seed and OTT 2,4-D herbicide as an alternative to the dicamba system. Seed manufacturers may not have time to plant, grow, and distribute 2,4-D tolerant seed for the 2022 cotton and soybean growing seasons, and chemical manufacturers may not have time to produce and distribute sufficient OTT 2,4-D herbicide. Growers who are unable to acquire OTT 2,4-D due to supply constraints will likely face increased control costs and may suffer yield losses due to worse control of problematic broadleaf weeds.

Incidents were reported in 29 of the 34 states where use of dicamba on DT crops is authorized. There were nine states that had more than 100 incidents (Arkansas, Illinois, Indiana, Iowa, Kansas, Minnesota, Missouri, Nebraska and South Dakota); six states that had more than 10 but less than 100 incidents (Kentucky, North Dakota, Ohio, Tennessee, Texas, Wisconsin); 14 states that had less than 10 incidents (Delaware, Florida, Georgia, Louisiana, Maryland, Michigan, Mississippi, New Jersey, New York, North and South Carolina, Oklahoma, Pennsylvania, Virginia); and five states that either had no incidents or did not report to the agency (Alabama, Arizona, West Virginia, New Mexico and Colorado). There is disagreement among state regulators who see this technology causing widespread, landscape level damage compared to states that have low incidents and want to preserve, and potentially expand, use of OTT dicamba, the report adds.

To view the report and supporting documents, visit docket EPA-HQ-OPP-2020-0492 at www.regulations.gov.

Jacqui Fatka is a featured speaker at the 2022 Farm Futures Business Summit in Iowa City, IA this January. Featuring industry experts and in-depth training sessions, it’s an opportunity to gain clear insights for a profitable future. Use code BOGO22 to receive discounted rate for a guest. Learn more and register now!