In a study, OSU graduate student Brian Hodge determined that brome mosaic virus can cause up to 61% yield loss. 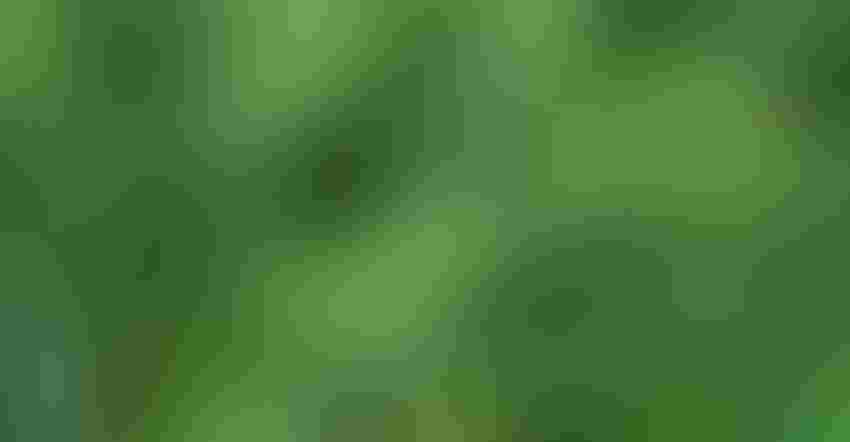 Sure, the virus could be found in some wheat fields here and there, but farmers have to contend with a lot of diseases. Among plant pathologists, many considered BMV to be like a lab rat. It could be studied in the lab to help understand how viruses work outside the lab, but it was not thought to be a big issue in the field.

Turns out, that was wrong. While combing through wheat fields across Ohio, Hodge saw field after field with yellowed leaves and stunted growth. Tests later showed BMV was in many of those fields, indicating the virus could be limiting wheat production. 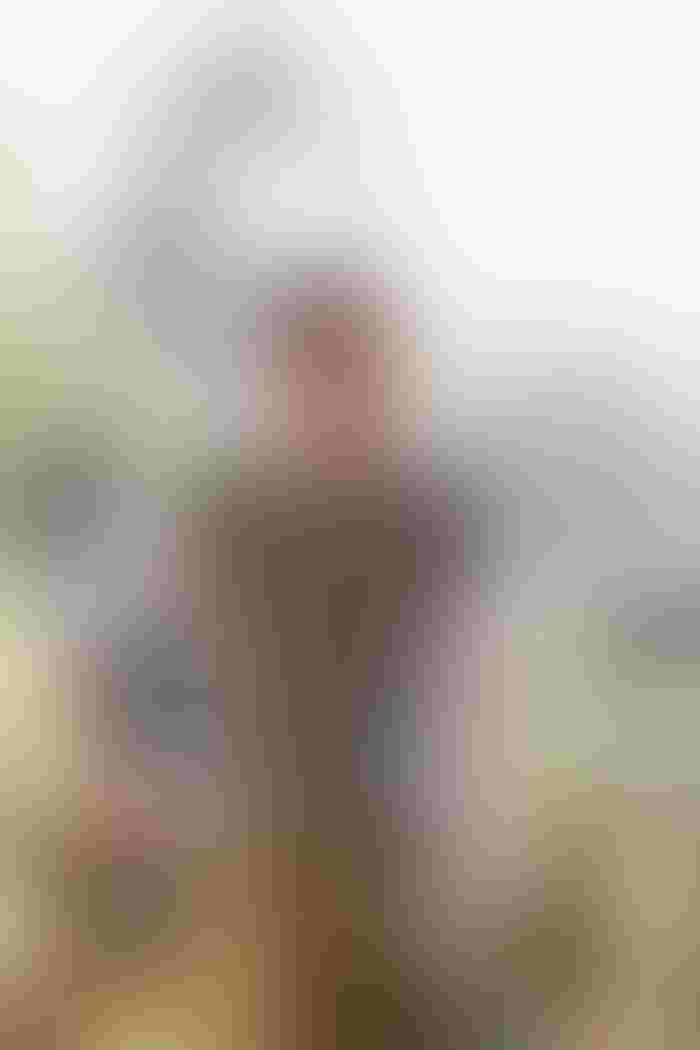 TESTING: Graduate student Brian Hodge, an Ohio State University graduate student, is testing hundreds of varieties of wheat to find some that can fend off brome mosaic virus.

As a graduate student at the OSU College of Food, Agricultural, and Environmental Sciences (CFAES), Hodge is pursuing a doctorate in plant pathology. He’s testing hundreds of wheat varieties to find some that can fend off BMV infections and generate high yields to help wheat farmers.

He answered some questions about his research as well as his career ambitions.

What sparked your interest in virus diseases? Farmers came to my faculty advisers and said they were having issues with virus diseases in their fields, which was bringing down their yields. Growers in Ohio weren’t experiencing major epidemics, but they were seeing enough issues that they were becoming concerned. They didn’t know the cause. They were seeing yellowing of the leaves of their wheat and slowed growth.

Normally, wheat is a dark green color, and farmers were seeing wheat that was light green and yellow in parts of the leaves of the plant. We have found brome mosaic virus to be very widespread some years and not in others. We would like to do more research to find out why. Unfortunately, at the time, we didn’t even have a good idea of which viruses were in Ohio, so that we could provide relevant recommendations to the concerned growers. For a pathogen like BMV, we can help growers by providing tools to fight the pathogen — tools such as using varieties of wheat that are immune to BMV or getting rid of reservoirs of the virus to stop new infections.

Was BMV an ongoing, long-term problem and yield-reducer, and we just didn’t know it or realize it? It is likely we didn’t realize it. BMV has been known to be present in the United States for decades, but wasn’t being tested for because it wasn’t on the list of high-impact pathogens. It has been reported to be a problem in South Africa, and I have heard anecdotes from seed companies in the United States who have had problems with it. That might indicate it was causing damage under the radar all these years. We have found BMV to be very widespread some years and not in others. We would like to do more research to find out why.

How did you go about investigating what was going on? Working with my advisers — Pierce Paul, a CFAES professor of plant pathology, and Lucy Stewart, a USDA molecular biologist and adjunct CFAES professor — we surveyed Ohio wheat fields for viruses in 2012, 2016 and 2017. In one year, we found BMV in 25% of the fields we visited. That was really surprising. This virus is not typically thought of as being prevalent or as being considered a pathogen that reduces yields.

In field studies, we purposely infected healthy wheat plants at various stages of growth — some young, some more mature — with BMV and measured how they grew. We found that no matter when we infected the plant with the virus, the virus reduced the volume of grain harvested. For a wheat virus, that is very unusual and could make the virus harder to control.

What are you researching now? I am trying to find out why BMV reduces yields when it infects a plant later in the growth stages. Typically, plants are less susceptible to diseases in the later growth stages. I’m also screening 200 varieties of wheat, trying to find one that can resist BMV when the virus infects the plant at both young and mature stages of growth. One wheat variety I found can tolerate BMV, but it typically has low yields. So, that variety might not be the best choice for Midwest farmers.

With so much attention on COVID-19, why is it still important to research plant viruses? Diseases from viruses affect every single crop we grow for food. If diseases like those caused by viruses were left uncontrolled, we wouldn’t be able to grow enough food for ourselves or forage for animals. We wouldn’t be able to have an adequate supply of food to be healthy.

Why are you passionate about plant diseases? I’m really interested in trying to bring some of the research on viruses we do in the lab to find solutions for people, whether it’s a farmer or a home grower, or people in developing countries where virus diseases limit food security.

I got into plant pathology because as an undergraduate, I was studying botany and microbiology at Humboldt State University in Northern California, where I’m from. I was studying sudden oak death in the state. It’s a fungal-like disease that has been wiping out the tanoaks [or tan-bark oaks] on the West Coast. I was fascinated by both the ecological impact of losing those trees as well as the effect on people. As a student, I met people who were devastated by losing 100-plus-year-old trees that they used to play in at their grandparents’ place, or people who lost their backyard woods to the disease. That’s when it really hit me that plant pathogens impact people, too.

DeMartini is a technical editor for OSU, College of Food, Agricultural, and Environmental Sciences Office of Advancement.

Source: Ohio State University CFAES, which is solely responsible for the information provided and is wholly owned by the source. Informa Business Media and all its subsidiaries are not responsible for any of the content contained in this information asset.