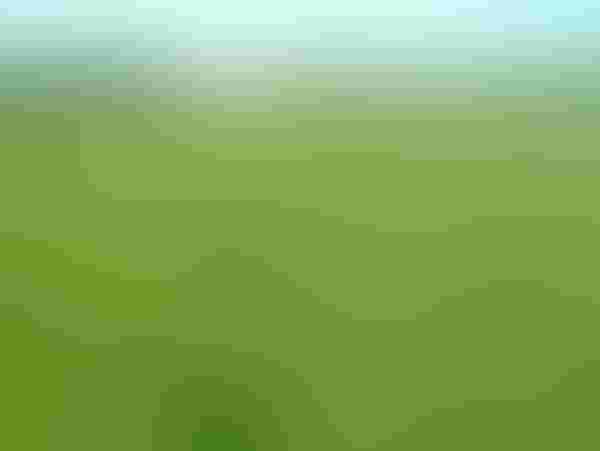 A problem is that producers’ cost to store wheat is about 5 cents per month (4 cents storage and 1 cent interest). Commercial grain handlers can store wheat for about 4.5 cents per month (2 cents storage and 2.5 cents interest). The KC market is offering 4 cents between March and May (cost is about 8 cents) and 8 cents between March and July (12 cent cost). The KC market is essentially saying that the odds are a little less than 50 percent that storing wheat will be profitable.

The price up-trend implies a better than a 50 per cent chance that storing wheat will be profitable. In my opinion, the up-trend may trump the carry signal.

Producers with wheat in storage must have a plan on how to sell the wheat. The first thing that must be decided is: “By what date must the wheat be sold (kill date)?” The second thing is: “How much price risk to take (bottom trigger)?” And the final thing is: “What price would I take for the wheat today (kill price)?”

Then when the market hits the “kill price,” “kill date,” or “trigger price,” whichever comes first, sell the wheat.

Between now and late February, there is a 30 percent chance that the KC March wheat contract will decline to $5.80.  That price is 61 cents below the KC March contract price at this writing.

On the up-side, there is a 30 percent chance that the KC March wheat contract price could increase to $7.20. This price is 78 cents above the current price.

Producers who do not have wheat in the bin but have wheat in the field can forward contract for harvest delivery for about 35 cents less than the KC July wheat contract price (most Oklahoma/Texas Panhandle basis for harvest delivered wheat are between minus 25 and minus 50 cents). The price range for the KC July wheat contract is from about $5.60 to $7.40. This pricing implies a cash price range of $5.20 to $7.20.

Prices are on a slight up-trend. An up-trend is better than a down-trend. The current trend will impact selling wheat in the bin, but will have little impact on June 2015 wheat prices.