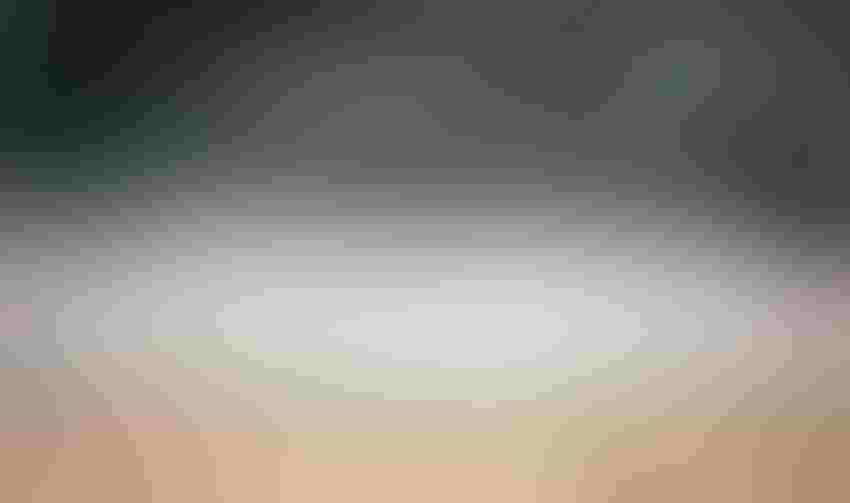 “We are disappointed with the decision. The 2020 growing season is well underway and this creates undue burden for our first conservationists – farmers. EPA has been overwhelmed with letters and calls from farmers nationwide since the Court issued its opinion, and these testimonies cite the devastation of this decision on their crops and the threat to America’s food supply. The Court itself noted in this order that it will place a great hardship on America’s farmers. This ruling implicates millions of acres of crops, millions of dollars already spent by farmers, and the food and fiber Americans across the country rely on to feed their families.”

“EPA is assessing all avenues to mitigate the impact of the Court’s decision on farmers.”

In responding to this statement from EPA, Bayer released a short comment: "Bayer acknowledges EPA's statement to the media and looks forward to further guidance."

Consensus on how to manage weeds in dicamba-tolerant crops following a court ban on three dicamba herbicide products, Xtendimax, FeXapan, and Engenia, ranges from "business as usual" until EPA weighs in to "consult your attorney" before you sell, buy or apply the products.

No confusion exists, however, on how agriculture currently views the ruling.

The United States Court of Appeals for the 9th Circuit issued a ruling June 3 vacating the federal registration for Xtendimax, FeXapan, and Engenia.

"What we know for sure, right now, is the federal label has been revoked. So, before you purchase the herbicide, sell the herbicide, or apply it, you need to visit with your attorney for legal advice. Because without that federal label there are certainly potential problems."

Lashmet published more information regarding the ruling on her Texas Agriclture Law Blog.

Larry Steckel, University of Tennessee Institute of Agriculture Extension weed specialist, says the Tennessee Department of Agriculture says until EPA responds to the ruling, dicamba application remains "business as usual," and producers are clear to continue using the products until they hear otherwise.

"We have a lot of unknowns," Steckel says. "EPA has said a response will be made promptly. But they offer no timetable."

The National Corn Growers Association (NCGA) NCGA urges the EPA to immediately appeal the 9th Circuit’s decision to vacate the federal registrations for three dicamba products, Xtendimax, FeXapan, and Engenia. The decision to remove a weed control option, especially in the middle of the season, adds yet another challenge to an already difficult time and sets a concerning precedent. EPA should offer clarifying guidance and allow the use of existing stocks. NCGA is working closely with its partners and the EPA to understand the full ramifications of this decision and what options lie ahead for the future of the product.Midwest response

Dave Scott, pesticide regulator with the Office of the Indiana State Chemist, refers farmers and dealers alike to the OISC website for their interpretation of the situation. The OISC opinion is business as usual until they receive more information.

The banned herbicides are registered under Indiana law, and the registration stands until it is vacated, Scott said. There is a process for initiating a change in the state regulation, but OISC has not initiated this process at this time.

OISC, as is the case with other state and federal agencies, has asked for clarification from EPA.

Bill Robertson, University of Arkansas Extension cotton specialist, says the ruling will have no effect on Arkansas farmers this season.

"Our deadline for application, May 25, has passed, so it should not make any differences for us this year."

Louisiana Extension recommends caution. "As of now, the EPA has not responded to the ruling," said Daniel O. Stephenson, IV, weed science specialist and research coordinator at the Dean Lee Research Station LSU AgCenter in Alexandria.

"Therefore, at the present time, the LSU AgCenter encourages producers to not utilize XtendiMax, Engenia, or FeXapan."

"Weed control recommendations have included and will continue to include the use of residual herbicides, regardless of the trait technology. Overlapping residuals is the key to managing difficult to control weeds like Palmer amaranth. The other postemergence option for fields planted to Roundup Ready 2 Xtend varieties would be fomesafen products (Prefix, Flexstar, etc.) to manage glyphosate- and ALS-resistant Palmer amaranth populations.

"I hope to have more details on what our farmers can expect for the remainder of this season soon."

If the ban holds, he said, farmers will need to revert to "plan B" for glyphosate-resistant weeds, such as Palmer amaranth pigweed. "For cotton that's coming back with Liberty and maybe hooded spray applications. We have no good options for soybeans."

He said older dicamba products such as Clarity, Banvel and others are not covered in the suit. Neither is the seed technology. "That comes under the jurisdiction of USDA," he said, not EPA.

"At this time, we are not recommending growers buy or spray any of the dicamba products included in the ruling. I am sure we will soon hear more details from the EPA and Texas Department of Agriculture, which should provide more clarity on what our growers may or may not do this year."

In the meantime, he offers some recommendations. "Most (but not all) of the cotton seed with the XF technology is also stacked with glyphosate and glufosinate, so those are options for most. The main challenge will be navigating situations where glyphosate-resistant weeds are a reality.

"We hope growers have a good pre-emergence and residual herbicide program and were not relying 100% on over the top post-emergence dicamba applications. Hooded sprayers and tillage may be options in some cases, but we know it does not work for everyone, everywhere."

He added that since Tavium is not included in this ruling it may be used in dicamba cotton up to the 6-leaf stage or 60 days after planting, whichever comes first.

Condemnation for the ruling comes from numerous associations and agencies, including U.S. Secretary of Agriculture Sonny Perdue.

“Producers need all the tools in their toolbox to produce the world’s food, fuel, and fiber, and USDA re-affirms its support for EPA’s science-based process for assessing and managing ecological risks, balanced against the agricultural and societal benefits of crop protection tools," Perdue said in a press release.

"Farmers across America have spent hard earned money on previously allowed crop protection tools. I encourage the EPA to use any available flexibilities to allow the continued use of already purchased dicamba products, which are a critical tool for American farmers to combat weeds resistant to many other herbicides in fields that are already planted. Unfortunately, the Ninth Circuit has chosen to eliminate one of those tools.”

The National Cotton Council says U.S. cotton producers will face a serious challenge if not able to use dicamba herbicides this season. In response to the panel’s opinion, NCC President/CEO Gary Adams said the U.S. cotton industry would support an appeal of the decision.

In a letter to EPA Administrator Andrew Wheeler, Adams outlined cotton producers’ difficult position and urged the agency to allow the use of existing stocks and/or take other administrative action to allow producers to legally implement weed control programs this season using dicamba.

Adams said the NCC has worked closely with EPA, other stakeholders and the cotton industry’s agribusiness allies to ensure the availability of dicamba herbicides, which are “a major component of weed resistance management, especially against Palmer amaranth.”

“We will continue those efforts in the coming days and weeks,” he said.

Agricultural Retailers Association President and CEO Daren Coppock in a letter to EPA said: "The immediate nature of the decision and mandate has already created chaos in our industry. Growers are now without options at the worst possible time in their production year.

"This decision by the Ninth Circuit is an overreach and must be corrected immediately," said Coppock. "This will have a major impact on this year's crops if not handled very soon. The farm economy has already experienced major struggles this year and this is one that can easily be avoided.

“We strongly disagree with the 9th Circuit’s decision, which is likely to cause devastation within our agricultural community,” said Georgia Agriculture Commissioner Gary W. Black. “Georgia farmers made tens of millions of dollars’ worth of business decisions six months ago relying on the sanctity of federal rule, and this decision unfairly attempts to change the rules after the race has started.

“The partnership we have led for over five years involving our producers, EPA and the University of Georgia College of Agricultural and Environmental Sciences, has proven beyond a shadow of a doubt that proper training and rigid, science-based best management practices fully support the safety of this technology. This decision must be challenged.”

"Most cotton and soybean producers have purchased seed for the 2020 crop, and most of that seed in Georgia has already been planted. In its decision, the Court acknowledged the adverse impacts to farmers, and stated that farmers ‘have been placed in this situation through no fault of their own.’ That acknowledgement is little help to farmers who have invested their time and money in this crop, and it is wrong for the Court to upend their efforts.  We will look for ways to remedy this situation in the best interest of farmers.”