The fungal-like organism that causes late blight affects both tomatoes and potatoes. Unlike the other 60 Phytophthora species that produce soil-borne, root-rotting diseases, late blight infects foliage, stems, potato tubers and tomato fruits. Lesions can occur on both leaves and stems, and usually occur after periods of wet weather. 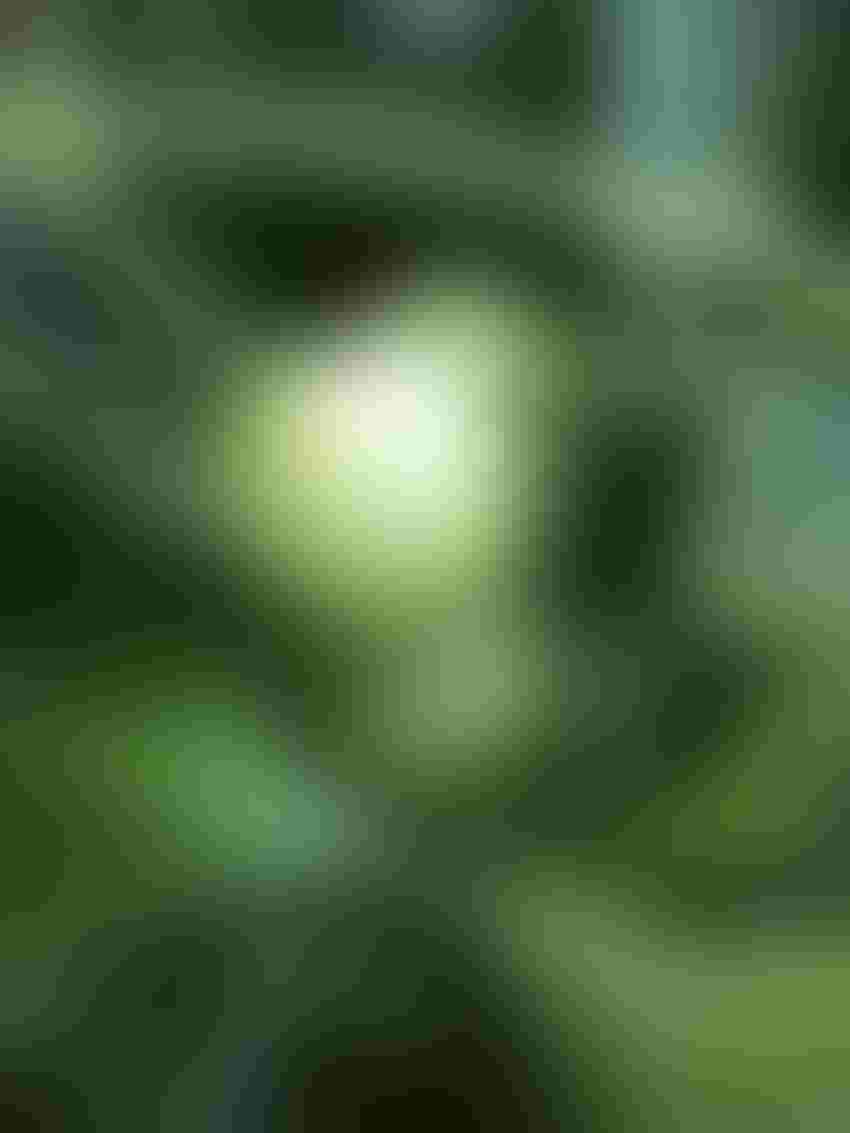 Scientific research of Phytophthora infestans, or late blight, has been an issue of concern ever since the plant disease triggered the Irish potato famine of the 1840s. Plant pathologists say it was the first plant disease for which a microorganism was proved to be the causal agent, leading to the birth of plant pathology as a science.

The fungal-like organism that causes late blight affects both tomatoes and potatoes. Unlike the other 60 Phytophthora species that produce soil-borne, root-rotting diseases, late blight infects foliage, stems, potato tubers and tomato fruits. Lesions can occur on both leaves and stems, and usually occur after periods of wet weather.

Outbreaks in Texas and other parts of the U.S. in the early 1990s were caused by three genotypes of Phytophthora infestans. Since then, there have been almost 20 more different genotypes discovered, each version unique in its susceptibility to chemical controls and/or its ability to infect potatoes or tomatoes, or in some cases both.

By the mid-1990s, pathologists believed the disease had possibly come from imported tomatoes from

Mexico, which were pre-symptomatic, but became symptomatic once in the United States.

Late blight is found just about anywhere potatoes and tomatoes can be grown, especially where there is also wet weather with moderate temperatures (60 to 80 degrees), high humidity and frequent rainfall. So far, some 20 states across the nation have reported problems with the disease.

Related:High tunnel vegetable farming, is it right for you?

Overall, the disease causes an estimated $6 billion-a-year in agricultural losses globally and represents an evolving threat to tomato and potato growers.

While periodic outbreaks of the disease remain problematic in the U.S., through a combination of pre-planting management options and timely foliar fungicide sprays, producers can often aid plant resistance to the disease. But researchers warn the ongoing battle with late blight may become either more difficult or less difficult in the years ahead.

On the one hand, newer species of the pathogens are being discovered and could represent a threat to U.S. growers. But researchers at the University of Florida Institute of Food and Agricultural Sciences (UF/IFAS) say new findings could also help prevent more genetic strains of the potato and tomato-killing late blight pathogen from crossing the U.S.-Mexico border.

Erica Goss, a UF/IFAS assistant professor of plant pathology, who published a study in 2014 showing Toluca, Mexico as the origin of the late-blight pathogen, has now discovered the pathogen in other parts of Mexico. Goss and her team also found that each strain varies genetically.

Goss and her team analyzed the genes of potato late-blight pathogens and found samples in western Mexico (Michoacan, Mexico) differ genetically from the one discovered in central (Toluca) and eastern Mexico (Tlaxcala and Puebla).

"This genetic difference allowed us to track the potential source of strains that show up in the U.S., just like genetic analysis of an American person of European ancestry would tell you if their family was more likely to have originated from Western Europe or Eastern Europe," Goss said in her study, published recently in the journal Molecular Ecology.

To increase U.S. food security, Goss says scientists should study the genetic variation in Mexico and try to track how the strains are coming to the United States so they can prevent future introductions.

"What our study shows is that there is more potential trouble that could make its way here, replace the existing genetic types of the pathogen in the U.S., and affect disease control," she reported.

The study was showcased in a summary report in the Science Digest earlier this month.