&bull; A recent Stanford University study said its researchers found no more nutritional value in organically-grown than in conventionally-produced food.&bull; Like many stories surrounding the environmental movement, certification of organic foods has taken a lot of twists and turns before evolving into the system that governs inspection of organic foods today. 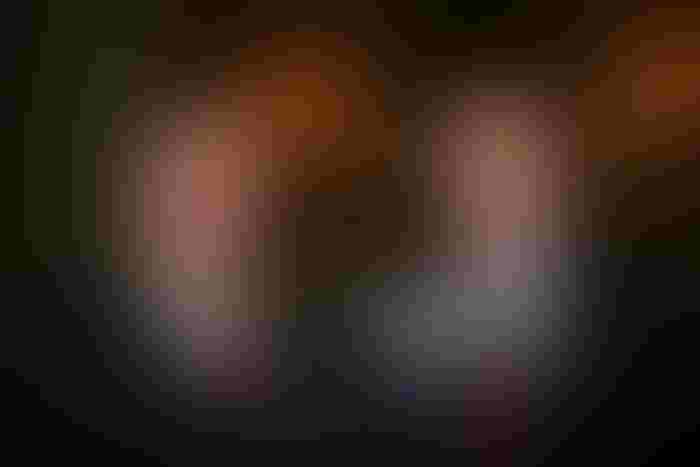 Mischa Popoff grew up on an organic grain farm and spent some of his early working career as an organic crop inspector in British Columbia.

So when Popoff, currently a policy advisor for the Heartland Institute, says the current system for certifying organic foods is flawed, he’s not just another conventional-agriculture advocate complaining about expensive organic food.

“I think there are a lot of honest organic farmers out there at least here in North America, but they’re lucky if they’re supplying half the $30-billion market for organic food,” he says. “The other half comes from foreign countries under USDA certification.”

USDA certification, in this case, can be misleading, says Popoff, the author of a new book titled “Is It Organic, The inside story of who destroyed the organic industry, turned it into a socialist movement and made million$ in the process,” and a speaker at the Southern Crop Production Association annual meeting in Jacksonville, Fla.

Popoff’s book is one of a number of works that have raised questions about the benefits and safety of organic foods. A recent Stanford University study said its researchers found no more nutritional value in organically-grown than in conventionally-produced food.

“The brilliance of the organic activists is what they came up with under the rubric of the United States Department of Agriculture is a system that you essentially can’t fail. There’s no measurement in it. You pay your fees, fill out the paperwork and you’re off to the races. And you’ll garner double or triple the market price whether it’s at the farm gate or the store shelf under USDA organic certification.”

For many years, organic activists “were banging their heads against the wall,” fighting for market share customer by customer and dollar by dollar, he says. Then, in 1974, a group of organic farmers decided to go to Washington and ask for regulation of organic foods.

“What that regulation has bestowed upon them is the biggest marketing coup that any industry could ever hope for. That’s illustrated by the fact that under the USDA, the National Organic Program is not located under the science or verification branches or any of the inspection function. It’s located under AMS, the Agricultural Marketing Service.

“It’s right there in black and white even before you get into all the gory details. They have literally created a federally-sanctioned marketing system for their cause.”

One group of organic farmers, which had set up a self-certification program for its crops, decided to expand its program to other countries. The extension of the program allows growers in those countries to export organic food to the U.S. under the USDA certification guidelines.

The USDA’s National Organic Program contains a testing requirement, but it’s a far cry from the rigorous standards the Environmental Protection Agency has established for reviewing new pesticide products.

The testing standard does result in states such as California, Arizona and Texas requiring some testing — about 5 percent — of food products. That testing generally is done on end products and not in the field.

“So it’s really useless because a lot of the substances that are prohibited in organic food production have dissipated by the time they’re harvested,” says Popoff. “Modern agriculture has done away with persistent chemicals. We’ve moved to pesticides which dissipate rapidly. Therefore they’re very safe, and you won’t see these in the end products.”

The gatekeepers for the certification program charge a royalty fee of 1.5 percent to 3 percent of the farm’s receipts and $2,000 up front for inspections.

Popoff says organic farmers are required to fill out large amounts of paperwork to satisfy the USDA certification program, but the latter requires almost no verification of the claims the crops have not received applications of synthetic fertilizer or been treated with pesticides.

Among his other work, Popoff has studied the history of synthetic nitrogen production since its development in Germany prior to World War I. The discovery of a method for converting nitrogen in the air to commercial fertilizer was one of the most important breakthroughs in modern history, he believes.

Before Fritz Haber created this process, most of the world’s farmers had to rely on manures to provide nutrients for their crops, he noted. Composting and handling manure can be a time-consuming and laborious process.

Popoff’s claims have been challenged by organic food advocacy groups, including the Cornucopia Institute, a Wisconsin-based non-profit.

Cornucopia’s experts call Popoff’s claims “unsubstantiated” and complain he’s another in a long line of critics such as Dennis and Alex Avery of the Hudson Institute that have challenged the authenticity of the organic food industry’s production and pricing practices.

But even Cornucopia agrees that changes need to be made to the USDA National Organic Program to improve the screening process for “toxic” chemicals in organic foods.

“We think there is great merit in doing spot testing, as Congress required, and we have criticized USDA for not having implemented testing until now,” Cornucopia’s Will Fantle said.

Popoff says more is needed than just the current written records with auditors who simply look at the paper trail. He proposes that organic crops be randomly tested in the field in the middle of the growing season to ensure that no herbicides have been applied.

That testing needs to be conducted not only in the U.S. but also in countries that have adopted the USDA National Organic Program standards and ship their products into this country using the USDA certification label.