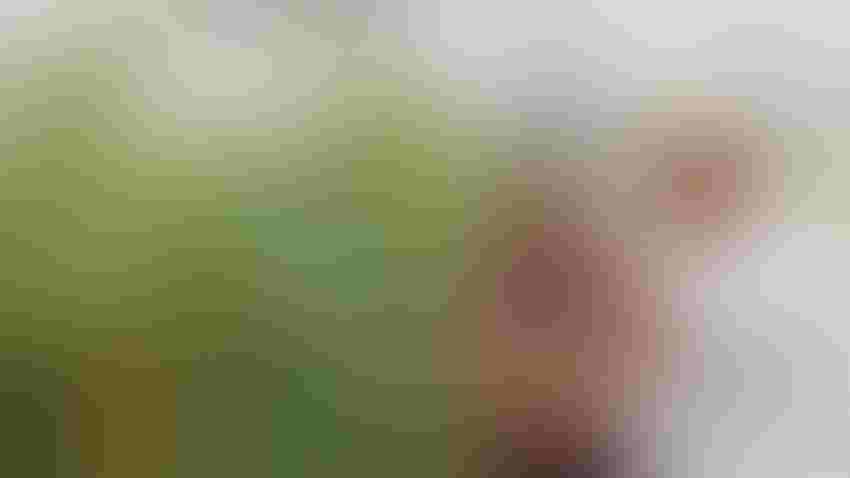 With some 700 varieties grown around the world, tomatoes come in an array of colors, shapes and sizes. To take advantage of that variety, two North Carolina  State University scientists are breeding more flavorful and disease-resistant types for farmers and home gardeners alike.

NC State’s tomato breeding program focuses on developing tomatoes especially suited for North Carolina’s growing conditions, from the mountains to the coast. Based at the Mountain Horticultural Crops Research and Extension Center near Asheville, the program has yielded more than 30 hybrids, including some of the most widely grown types in the eastern United States.

The breeders, Randy Gardner and Dilip Panthee, have even more varieties on the way.

Panthee’s efforts focus on developing better commercial varieties for the fresh market, while Gardner is producing new breeding lines and hybrid varieties derived from heirloom tomatoes – ones that are open-pollinated, with seeds passed down from one generation to the next. They are prized for their flavor and come in a wide variety of fruit colors, sizes and shapes.

Gardner founded the breeding program in 1976, as North Carolina tomato producers struggled to deal with a devastating disease known as verticillium wilt. Nearly every variety he has developed has resistance to that disease, and some have resistance to multiple viral and fungal diseases that have popped up over the years.

Gardner, now a professor emeritus in NC State’s Department of Horticultural Science, retired in 2008, but he hasn’t stopped breeding tomatoes.

“I plan soon to release several hybrids of different fruit colors in the heirloom-type tomatoes. These are ones bred primarily for late-blight resistance. Most people are familiar with red tomatoes, and a lot of people won’t eat a tomato unless it’s red, but there are other colors, many with their own distinct flavor profiles and fruit texture,” he said, pointing to yellow, orange, pink, purple, and even striped tomatoes he’s grown in a research station greenhouse and tested in research station and grower trials.

Since 2008, Gardner has worked side by side with Panthee in the greenhouse. Like Gardner, Panthee has had success with breeding varieties resistant to a range of diseases. He’s also focused on traits such as flavor and levels of lycopene, an antioxidant that appears to have health benefits.

Panthee came to NC State with a passion for tomatoes that he gained during the early part of his career as a breeder in Nepal. He also brought experience in molecular marker-assisted breeding, a technique that can cut the amount of time it takes to produce a new hybrid. It involves looking for sequences of nucleotides, or markers, that make up a segment of DNA near the genes of interest; if a young plant doesn’t have that DNA segment, the breeder can discard the plant, focusing only on those that do have the genes.

In the breeding pipeline, Panthee has several hybrids with multiple disease resistance that he’s close to releasing. While farmers could rely on chemicals for disease control, that raises their production costs. Having resistant varieties is also important to home gardeners and others interested in growing tomatoes organically.

North Carolina is the nation’s fourth-leading state when it comes to fresh market tomato production, and one of Panthee’s goals is to continue developing varieties that will make the industry even more competitive.