Managers at state farmers markets in North and South Carolina and an Eastern North Carolina county agent told Southeast Farm Press in early December that the fruit and vegetable marketing season got off to a slightly delayed start in the spring.Once the supply began arriving, it was steady throughout the season. 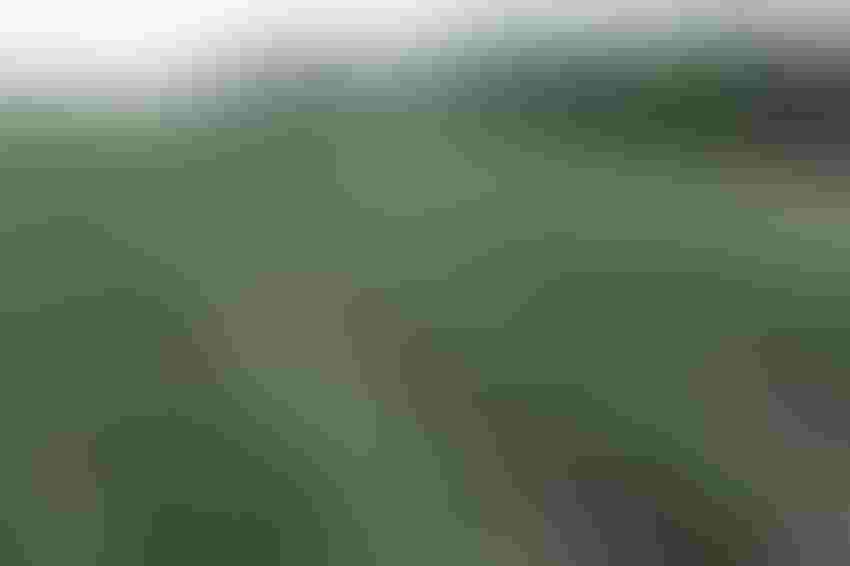 <p class="Default">IT WAS A great year for strawberries in the Carolinas. This field near Zebulon, N.C., still had enough berries to harvest on June 20, which is late in this area.</p> <p class="Default"><o:p>&nbsp;</o:p></p>

The 2014 season ended strongly for fruit and vegetable producers in the Carolinas, with production of the hardiest products continuing right up until extreme cold weather in mid November finally brought growth in the field to a halt.

Managers at state farmers markets in North and South Carolina and an Eastern North Carolina county agent told Southeast Farm Press in early December that the fruit and vegetable marketing season got off to a slightly delayed start in the spring. But once the supply began arriving, it was steady throughout the season.

Billy Little, Wilson County (N.C.) Extension agent, said, “It was cold when we were transplanting, and that slowed transplanting. But from that point on, the weather was good. We got enough rain, but not too much, and we had very low disease pressure.”

And it was a long season too. A killing frost did not occur until the beginning of November. And Wilson County farmers were still harvesting collards and lettuce in mid November until intense cold set in around November 22. “Collards love cold weather to a degree, but 19 degrees is just too much,” said Little.

The weather certainly helped the pumpkin crop. “We don't usually plant many pumpkins in this county because humidity leads to diseases like powdery mildew,” said Little. But several growers did plant pumpkins this year, and they benefited from unusually low incidence of diseases.

“The yield was good and so was the local demand,” said Little. “These pumpkins moved into the market as fast as they arrived.”

The experience with pumpkins was good in central North Carolina as well, said Ronnie Best, market manager for the North Carolina Department of Agriculture Farmers Market in Raleigh. “We had plenty of pumpkins, enough that they were less expensive. They had really good handles.”

The season ran a little long, which is not necessarily a positive thing for growers. “The market dried up after Halloween,” Best said. “Some farmers just donated the pumpkins they have left over.”

Another problem for pumpkins: Some big box stores in North Carolina are selling them at a very low price, he said.

The North Carolina sweet potato crop was the largest ever, said Best. “The yield was good and quality extremely good, one of our best.”

It was hard to pick one crop as the standout in Wilson County this year, said Little, because it seemed they all did well. “Strawberries, watermelons, squash—the production and marketing was good for all of them.”

As in most counties, there are a number of direct-to-consumer markets in Wilson County, including two farmers markets, several roadside stands and some grocery stores that are interested in local produce.

The late season was rainy and warmer than normal. An odd note: sweet corn was available longer at the Raleigh market than Best can ever remember. Also, watermelons remained in good supply until Sept. 15 which was later than normal. A few could still be found until late October.

Fields that would typically yield 2,000 pounds per acre per week had in many cases escalated by mid-May to 5,000 to 6,000 pounds, if not higher, he explained. The only way to deal with that was to attract customers to pick those berries, and farmers came up with a bold step to encourage that.

“If a person went to a pick-your-own farm and bought three buckets of strawberries, we would give them a fourth,” said Mitchell Wrenn of Wrenn Farms in Zebulon, N.C. “We encouraged customers to give the free bucket to someone in need. It wasn't a big cost item for any of us because we had way too much fruit and had to do something with it.”

Produce in the Pee Dee

In South Carolina, there was a dry spell in mid season, but overall it was a pretty good season, said Tre Coleman, S.C. Department of Agriculture marketing specialist who is stationed at the Pee Dee Farmers Market in Florence.

Another crop that has dwindled in the Pee Dee is sweet potatoes.

“We used to grow a lot of them here but that market went away from us. Now, though, I am seeing an uptick in interest and I expect a little more planting here of sweet potatoes.”

He thinks a few more strawberries may also be grown next year.

Farmers in the Florence area have also found moisture an obstacle to pumpkin production. “We don’t grow pumpkins in this area anymore,” Coleman said. “We have a bad time with humidity. We get bad white mold and other molds and funguses.”

Yield-wise, the 2014 crop that will be remembered longest will probably be strawberries. The crop was enormous: In North Carolina, fields that would typically yield 2,000 pounds per acre per week had in many cases escalated by mid-May to 5,000 to 6,000 pounds, said Mitchell Wrenn of Wrenn Farms in Zebulon, N.C., and president then of the North Carolina Strawberry Association.

There was so much fruit that growers offered a free bucket of strawberries to pick-your-own customers who picked and paid for three of their own. Considering the circumstances, the effect was good.

“We encouraged customers to give the free bucket to someone in need,” said Wrenn. “It wasn't a big cost item for any of us because we had way too much fruit and had to do something with it.”