From a historical perspective, the effects of smoke may be two-sided, offering some benefit and potentially some risk for nut trees. 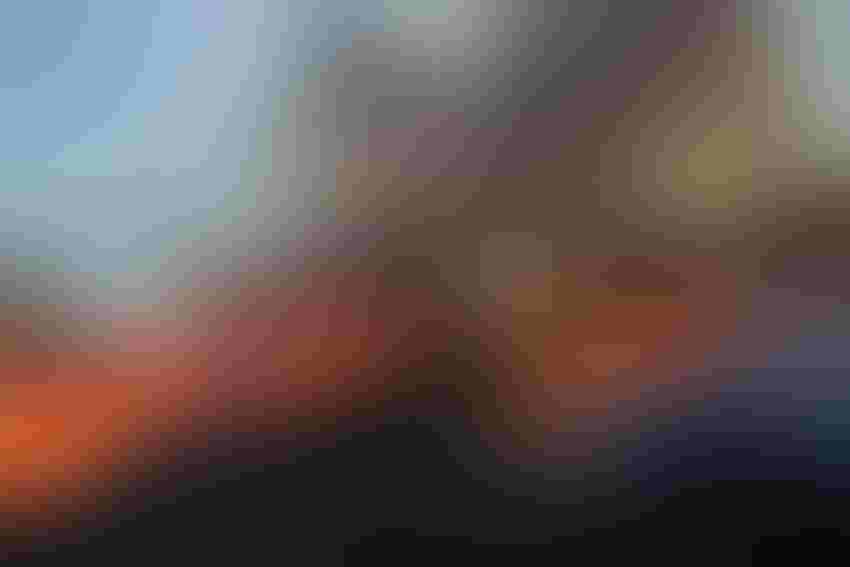 On Nov. 25 the California Department of Forestry and Fire Protection, also known as Cal Fire, finally declared the deadly Camp Fire in northern Butte County 100-percent contained, but not before leaving a tragic sum of death and destruction in its wake. As of this writing, 88 deaths had been reported and over 200 people were still unaccounted for as rescue workers search through burned out rubble that once were residential homes, businesses and public buildings.

In all, the Camp Fire consumed over 153,000 acres of Butte County, just north of Sacramento, and fear now turns to heavy autumn rains that have finally started falling and the risks of extreme flooding and potentially deadly mud slides that are expected to bring additional problems to the region.

So far officials have estimated the damages caused by the intense wildfire include the loss or serious damage of over 14,000 homes and around 540 commercial buildings. Officials say it is premature to estimate the total dollar amount of damages until more is known but are confident that California has now topped the record for the worst fire year since it entered statehood in 1850.

California agricultural officials have not estimated industry losses related to the multiple fires that have plagued the state this year so far, but University of California Agriculture and Natural Resource officials report serious loss and damages as a result of the 2018 fire season, including the loss of 15 acres of walnut orchards in the Mendocino Fire north of Santa Rosa and the loss of extensive rangeland and some pear orchards.

So far, tree nut damages or other agricultural losses in the deadly Camp Fire are unknown according to UCANR Sustainable Orchard Farm Advisor Luke Milliron in Butte County.

“Most of the roads in and out of hard-hit areas remain restricted or closed, so we have no idea the extent of loss or damage to nut orchards yet,” Milliron reported in late November.

But he warned that indirect damages to tree nuts affected by wildfire is under study. There is speculation on what effects on the environment caused by wild fires may have on nut trees, and the long-range effect of intense smoke exposure.

“What we have been talking and thinking about this summer is smoke in the northern Sacramento Valley, because in July and August we were dealing with the Carr Fire near Redding, and now we have the Camp Fire as nut trees are headed toward dormancy and we don’t know exactly what type of effects from ozone problems or from smoke we may have,” Milliron said.

From a historical perspective, he said the effects of smoke may be two-sided, offering some benefit and potentially some risk for nut trees. Milliron is mostly working with walnut tree growers in Butte County, where the deadly Camp Fire burned extensively throughout much of November.

“Research indicates that on the positive side, smoke from past fires in the summer have produced some of the best quality nuts,” he said.

He said researchers believe this may be because of two reasons: one is that it helps to mask delicate nuts from the searing summer sun, reducing the effect of sunburn during the peak of the summer season on the developing nuts. Secondly, if you have smoke cover, you have reduced evaporative demand on moisture in an orchard. He quickly warns that can also have a negative impact if orchard operators continue to irrigate during times when evaporative demand is lower, meaning trees may struggle because they are over-watered.

“That’s about all we know right now. Because of these fires however Sacramento Valley farm advisors have been meeting and continue to research the long-term effects of wildland fires on nut production, including such things as ozone effects and the possible negative impacts of excessive smoke and environmental changes that result from big fires,” he said.

Milliron is working with UCANR livestock and rice advisors currently to gather soil and water samples from orchards and other areas subject to flooding. He said devastating wildfires that decimate the forest landscape can cause heavy flooding and erosion when the rains come. In late November the expected rainy season arrived in northern California and already some flooding and mud slides have occurred in areas burned by the Camp Fire.

“We need to look at things like the movement of heavy metals during these flood events and how that might impact not only nut orchards but also other types of agriculture in an area. This is something we are working on and learning more about after this historic year of wildfire.”

The best wildfire is the one that is prevented

Kocher is a part of a team assembled as far back as 2008 that has been conducting extensive forest research and taking into consideration all aspects of forest health – including fire and wildlife behavior, water quality and quantity issues.

“There is currently a great need for forest restoration and fire hazard reduction treatments to be implemented at large spatial scales in the Sierra Nevada,” researchers noted in one of many of their reports.

Kocher’s primary job is to work with private forest landowners in the Central Sierra Nevada mountains to learn and manage their forests. About 90 percent of these landowners have fewer than 50 acres of forested property she says, so it is generally not used for commercial purposes.

“In California, we are a fire adaptive state, meaning we are constantly planning and taking action to safely co-exist with wildland fires. We had a lot of fire here until we started putting it out about 100 years ago through federal forest policies. But long before that, native peoples, as well as the first settlers,  actively burned to clear out the understory of the forest,” she noted.

These planned, or prescribed burns, were carried out often with the involvement of large numbers of people and carefully to eliminate brush and tender from the forest understory while protecting the trees. This resulted in fewer wildland fires and provided a safe and effective method of fire control.

“A lot of misconceptions exist about California as being a desert state, but in the Sierra Nevadas, even in the town of Paradise, they get over 60 inches of rain annually, on average. So, our wildland fires are not because of a lack of moisture so much as because there is ample fuel in the understory that is not maintained and removed,” she explained.

The term for periodic removal of tender in the understory is referred to as pyrosilviculture, and this practice holds potential for safer forests with fewer uncontrolled wildland fire outbreaks.

While research continues in determining the long-range risks associated with past and future wildland fires on tree nut operations, efforts are currently underway to help make forests more wildfire-resistant through programs like pyrosilviculture that will hopefully bring about safer forests and fewer threats from devastating wildland fires.