Infections in New Mexico have triggered a state quarantine rule. 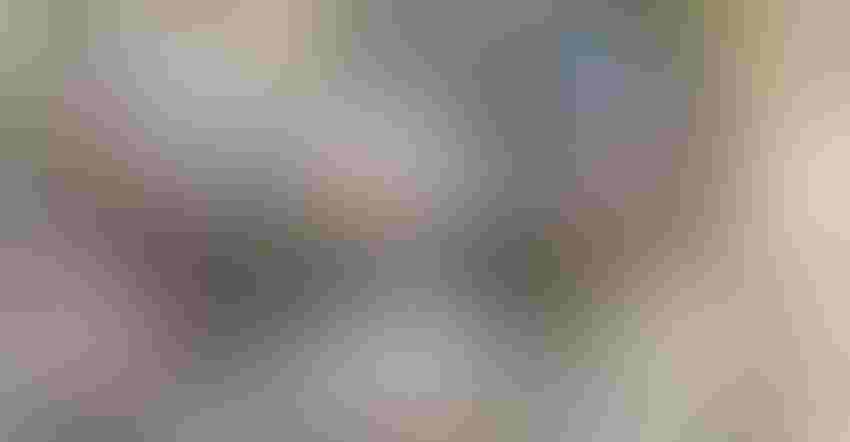 If you’re a pecan tree or a grower of same, these weevils are evil — especially in New Mexico where current infestations have resulted in enactments of the state’s Pecan Weevil Interior Quarantine Rule. It’s serious business in a more than $200 million industry that can’t afford to house and feed critters that eat pecans.

Four counties (Eddy, Lea, Chavez, and most recently, Otero) are now listed as pecan weevil-infested and under quarantine for the movement of in-shell pecans to diminish the possibility of transporting weevil’s to uninfested pecan-growing counties.

“There’s a significant amount of acreage involved although the percentage of infested acreage is still relatively small. That’s why we implement a quarantine to try and keep it from spreading and becoming a major impact. It can remain relatively secluded, but can easily spread with human involvement,” said entomologist Ryan Hiles, assistant division director of the New Mexico Agriculture Department.

Brad Lewis, the Agricultural Division Director, added: “Active pest monitoring tools like pheromone-based attractants have yet to be developed for pecan weevil. Not only are pecan trees grown commercially in Otero County, but are a common yard tree. The diversity of plants within a 6,600-square-mile county — combined with the lack of active monitoring tools — precludes the ability to quantify the number of acres/trees or locations infested.”

The possibility of spreading is not only a concern within the state of New Mexico and other pecan-growing areas, but restricting the movement of pecans within required treatments and certifications to places like Arizona and California.

Freezing is the proven method to get rid of weevils. Pecans with weevils are placed in cold storage at zero degree for 96 hours. Problem solved.

The department met with growers in Tularosa to discuss the requirements of the quarantine by providing pecan weevil biology and management as well as penalties for shipping in-shell pecans to weevil-free counties without required documentation. Phillip Arnold, Past President of the New Mexico Pecan Growers Association, is on record as saying: “The weevil is considered one of the most damaging pests in pecans. To bring that type of pest into the Mesilla Valley would be devastating to the industry.”

Said Hiles: “We were trying to mitigate the risks involved in the movement of equipment, checking mechanical apparatus that may come onto a farm when custom harvesters are contracted to work on a property.”

Because prevention is so much easier than performing a difficult eradication process --- a complex seven-to-ten-year endeavor — it’s easier to ensure the proper applications line up to minimize the risk of spread in the first place.

The folks at Texas A&M Extension Entomology are unfortunate enough to have lots of experience with Curculio caryae, the pecan world’s key pest, and are well aware of its life cycle. “The key to controlling weevils and minimizing damage is to prevent egg laying,” they report.

Weevil activity starts in early Fall when adults emerge from soil cells in August and September and fly or walk to the nearest tree to begin feeding and finding a mate.

Because weevils emerge at or near gel state, nut losses caused by adults feeding is small compared to that caused by egg-laying, so, again, the key to management is prevention of egg-laying and nuts are susceptible to oviposition from gel stage to shuck split. Each female lays some 75 eggs during her 3-4 week lifetime and once larvae appear and drop to the ground, the new generation burrows into the soil, creates a cell, and waits a year before it begins its own reign of terror.

Further information on the New Mexico quarantine can be found at NMDeptAg.nmsu.edu.