&ldquo;The trees are growing well, and the crop is coming along quite nicely,&rdquo; reports Rachel Elkins, University of California Cooperative Extension Farm Advisor for Lake and Mendocino Counties. 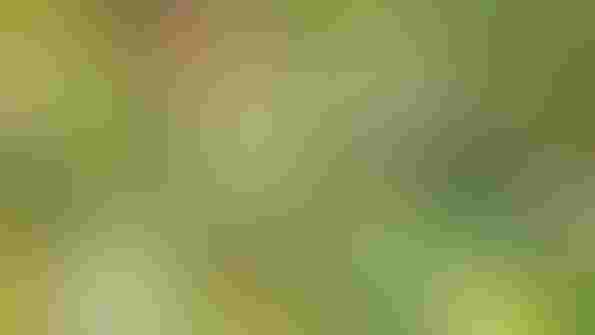 Rebounding from a damaging cold snap in early December, very dry soils through most of the winter and an extended bloom due to low chill accumulation, bearing walnut orchards in Lake County were in surprisingly good shape at the first of June.

“The trees are growing well, and the crop is coming along quite nicely,” reports Rachel Elkins, University of California Cooperative Extension Farm Advisor for Lake and Mendocino Counties. “Conditions in the orchards are much better than we thought they might be earlier this year. We had a fitful start to the season due to extended leafout and flowering. However, once we got through the weather in April, May was mostly ideal growing weather. Daytime temperatures have been mainly in the 80s and the nights haven’t been too cold. We’ll see how it all plays out.”

In November, temperatures dropped into the low 20s around Thanksgiving. In December, as can happen in this mountain-growing area, thermometer readings plunged into the teens and as low as 8 degrees in some locations. Combined with the dry soils, this caused winter injury, especially in young trees, and stressed older trees. Newly planted and grafted trees suffered most, she reports

“In January, a period of alternating very cold nights and unseasonably warm daytime temperatures damaged and killed buds, particularly those on the south sides of branches and trees which then suffered sunburn,” she says. “North-facing buds were protected from the sun and heat and fared better.”

The January warm spell is being blamed for offsetting, and, thus, reducing the number of chilling hours needed for proper dormancy and crop development this year. This produced a straggly budbreak and bloom, with some trees leafing out and blooming, as usual in mid-April, and others later. Franquettes were especially late, apparently requiring more hours of chilling to leaf out normally, Elkins notes.

“Now, we have a wide range of nut sizes,” she says. “Some are quite large, up to 1½ inches in diameter. Right next to them nuts may be only half an inch in diameter. I’m seeing singles, doubles and triples, and the crop is clean and sizing well.”

Meanwhile, most of the unpollinated and unfertilized nuts have dropped off, leaving a few that are still dropping. Elkins expects to have a much better feel for the size of this year’s walnut crop around mid-June.

Typically, growers here begin irrigating their orchards later in the season than those in the Central Valley. That was the case this year, too. Thanks to the March rains, which kept soils moist, Lake County growers were able to hold off their first irrigations until the last part of May.

“Our smaller aquifers here are easier to fill than in California’s other walnut areas, and we got about seven inches of rain in March and April,” Elkins says. “Still, many growers here started the season with water tables about three feet lower than normal and they’re being conservative with their water use. However, once the crop gets going, water levels will start going down rapidly.

“The situation isn’t as dire as it appears to be in some areas of the Central Valley. But our growers are really concerned about how much water will be available going into July and August, and especially into the winter, since walnuts don’t like dry soil and will be more susceptible to winter kill.”