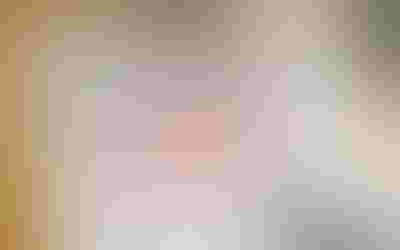 Earlier this year, Congress in the American Rescue Plan offered $4 billion debt relief to Black farmers and other farmers of color. To date, only four farmers received payments as a court injunction prohibited USDA from providing further payments as the agency and others join in defense of the validity of the program.

In Miller v. Vilsack, five white Texas farmers filed a lawsuit against the USDA alleging that loan forgiveness payments violate the U.S. Constitution. This case is one of many ongoing lawsuits involving Section 1005 in other jurisdictions, including Florida, where a federal court issued a preliminary injunction against the program. Plaintiffs specifically argued that Section 1005 of the American Rescue Plan of 2021 violates the equal protection rights promised under the Constitution for farmers and ranchers who stand eligible for USDA loans but do not qualify for debt relief under the program.

In an exclusive interview with Farm Service Agency Administrator Zach Ducheneaux, he explains USDA has countless filings in courts all across the country in an attempt to build its case for the district court challenge in Texas. However, the preliminary injunction has the agency’s “hands tied” in getting payments to producers.

“The preliminary injunction allows us to continue to send letters out notifying folks of what was authorized by Congress in March and what their payment would be in the event that we are able to go forward with that payment,” Ducheneaux says.

“The frustration that we experience not being able to deliver that much needed assistance is real,” he adds, as the FSA department remains in a holding pattern. “We're in a hurry up and wait posture.”

The definition used by USDA of socially disadvantaged producers has not been defined by race, and historically included women. Ducheneaux says other options are on the table legislatively to account for the Constitutional concerns addressed in the court filings.

He says, “There are legislative solutions being contemplated by Congress that maybe are of a race neutral nature to try to get this aid out to those historically underserved producers and others who are in economic distress.”

NSAC says overall, it has been estimated to cost about $11 billion, $5 billion of which comes from the original ARPA debt relief provisions that were not spent due to lawsuits and court decisions, and the remaining $6 billion is reconciliation funding.

The USDA is also provided with an additional $1 billion for payments or loan modifications focused on at-risk and limited resource farmers and ranchers.  This intends to provide USDA with some flexibility and the ability to offer additional relief beyond what the previously discussed provision allowed.

NSAC says in addition to the debt relief programing, this section includes a number of other related investments, most of which were included in the original ARPA version: $200 million for technical assistance and financial assistance for underserved farmers and ranchers; $255 million to address land loss and improve land access, including addressing heirs property issues; $10 million to fund the equity commission recently announced by USDA; $200 million to fund related agricultural research, education and scholarships; $350 million in financial assistance to farmers, ranchers and foresters who have suffered discrimination in USDA lending programs; and lastly, $35 million for administrative costs to implement the debt relief and related provisions discussed above.

Ducheneaux explains FSA is also working with its loan officers to help all producers who may be considered a distressed borrower to allow them to take advantage of favorable interest rates or extend the terms of their notes “instead of having to just be in that holding pattern with us.”

On behalf of the Federation of Southern Cooperatives/Land Assistance Fund, the Lawyers’ Committee for Civil Rights Under Law, Public Counsel, and pro bono counsel Winston & Strawn LLP filed an intervention motion in favor of USDA’s actions. The motion was filed in the United States District Court for the Northern District of Texas in Miller v. Vilsack.

“The USDA has a documented history of discriminating against Black people and communities of color. The federal government’s attempt to rectify this injustice should be applauded, not stopped,” says Damon Hewitt, president and executive director of the Lawyers’ Committee for Civil Rights Under Law. “If this critical assistance is not provided soon, Black farmers and other farmers of color who have struggled to overcome decades of discrimination and the economic impacts of the global pandemic will face the threat of losing their land and their livelihoods.”

Farmer declarations included in the intervention cite multiple instances of discrimination, including:

“The Federation was encouraged by USDA’s and Congress’s attempt to address the disproportionate impact of the debt burden that farmers of color face because of historic and ongoing race-based discrimination in agricultural credit,” adds Cornelius Blanding, executive director of the Federation of Southern Cooperatives/Land Assistance Fund. “Black farmers have always honored their commitments to their communities and our nation; our hope is that the department will be allowed to honor its commitment to our farmers and other farmers of color.”