Checks in the mail by May with $16 billion in direct payments to farmers and $3 billion bulk government purchases in wake of pandemic fallout. 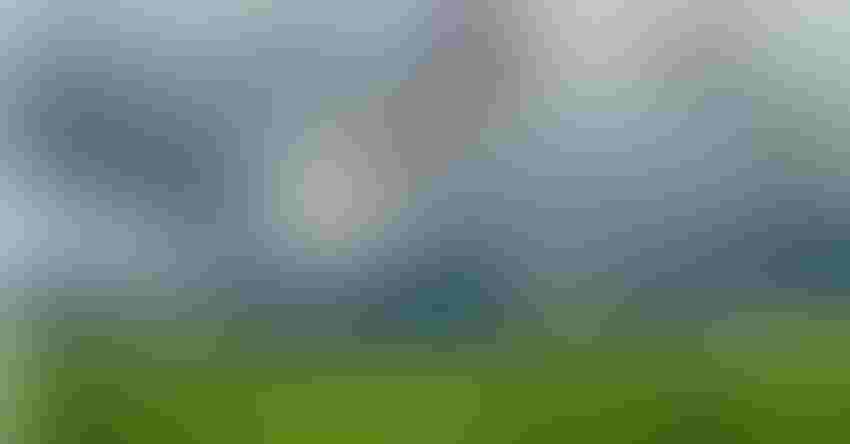 In an unveiling of the U.S. Department of Agriculture’s response to the novel coronavirus, Secretary of Agriculture Sonny Perdue announced late Friday the Coronavirus Food Assistance Program (CFAP). This new USDA program will take several actions to assist farmers and ranchers in response to the COVID-19 national emergency including $16 billion of direct payments and $3 billion in food purchases. Checks could be in the mail by the end of May once USDA promulgates and finalizes a rule, Perdue said.

The combination of direct payments to farmers and bulk government purchases of commodities parallels the approach the Trump administration followed in its $28 billion agriculture trade bailout over the past two years. That trade aid included $1.2 billion in bulk purchases in the first year including pork, beef, dairy and fruits and vegetables and an additional $1.4 billion for such purchases the second year.

Perdue said the first wave of coronavirus help will come in the form of $16 billion in direct support based on actual losses for agricultural producers where prices and market supply chains have been impacted and will assist producers with additional adjustment and marketing costs resulting from lost demand and short-term oversupply for the 2020 marketing year caused by COVID-19.  During a press call with media, Perdue said the initial payments will be based on losses experienced from mid-January until mid-April but did not offer further details of how the payment rates will be calculated.

He explained the entire $9.5 billion allocated in the Coronavirus Aid, Relief, and Economic Security (CARES) Act for livestock, dairy and specialty crop producers will be paired with the remaining $6.5 billion residual in the Commodity Credit Corporation to fund the first tranche.

Perdue said he originally requested $20 billion initially for livestock and specialty growers, and another $30 billion replenishment for the CCC. “Congress did not do that,” he said. He explained USDA is free to use all of the $9.5 billion, but the $14 billion approved in the CARES Act can not be used until July 1, which left only the remaining $6.5 billion leftover from what wasn’t paid out in the Market Facilitation Program. He felt some producers wouldn’t not be able to hang on until July, so this quick initial rollout will allow the agency to look at further losses and anticipate where additional funds could be allocated.

According to Sen. John Hoeven (R., N.D.), chairman of the Senate Agriculture Appropriations Committee, producers will receive a single payment determined using two calculations. Price losses that occurred Jan. 1 through April 15, 2020. Producers will be compensated for 85% of price loss during that period. The second part of the payment would be for expected losses from April 15 through the next two quarters and will cover 30% of expected losses.

Since the beginning of the COVID-19 pandemic, the Farm Bureau reports that almost all row crop commodity futures have fallen by double-digit percentages. Milk futures have fallen by around 30%. Live cattle futures are down 29% and hog futures have fallen 39%. A shutdown of several slaughterhouses because of virus outbreaks for employees of the facilities has further disrupted hog and cattle farmers’ ability to sell their livestock.

Perdue said USDA will calculate payments based on its own internal estimates, as well as the University of Missouri’s Food and Agricultural Research Institute’s baseline projections. “We’re not going to make everyone complete with the initial tranche,” Perdue recognized. “Many will feel it’s insufficient…we’ll have to see where gaps are later on.”

Earlier in the week, a study commissioned by the National Cattlemen’s Beef Association, estimated that cow-calf producers stand to lose $8.1 billion as a result of the COVID-19 crisis, while the stocker/backgrounder sector losses will reach $2.5 billion and feedlot losses will total $3.0 billion as a result of the virus that is ravaging the American economy. Total industry losses are expected to reach $13.6 billion.

Dr. Dermot Hayes, an economist with Iowa State University, and Dr. Steve Meyer, a pork industry economist with Kerns & Associates, estimate that hog farmers will lose nearly $37 per hog, or almost $5 billion collectively, for each hog marketed for the rest of the year.

Dairy farmers are dumping as much as 8% of their milk, according to the Dairy Farmers of America cooperative. As the crisis wears on, the dairy industry expects to lose $5-$10 billion in sales for the remainder of the year, stated Michael Dykes, D.V.M., President and CEO of the International Dairy Foods Association. “Foodservice closures, a weakened export outlook and challenges within the supply chain have created conditions where the milk supply exceeds demand by at least 10%—a gap that could widen as supply increases to its seasonal peak and ‘shelter in place’ conditions endure,” Dykes said.

During the media call, Perdue defended his decision not to reopen the Dairy Margin Coverage (DMC) program to allow for producers to enroll if they had previously not at the beginning of the year. He said DMC is designed to act as an insurance program and should not be reopened for producers to retroactively receive coverage for 2020. “We begged people to sign up last year,” he said, adding it trains people to not take the insurance as they should and instead call for ad hoc assistance.

USDA will partner with regional and local distributors, whose workforce has been significantly impacted by the closure of many restaurants, hotels, and other food service entities, to purchase $3 billion in fresh produce, dairy, and meat. USDA said it will begin with the procurement of an estimated $100 million per month in fresh fruits and vegetables, $100 million per month in a variety of dairy products, and $100 million per month in meat products. The distributors and wholesalers will then provide a pre-approved box of fresh produce, dairy, and meat products to food banks, community and faith-based organizations, and other non-profits serving Americans in need.

On top of these targeted programs USDA will utilize other available funding sources to purchase and distribute food to those in need. Specifically, USDA has up to an additional $873.3 million available in Section 32 funding to purchase a variety of agricultural products for distribution to food banks. The use of these funds will be determined by industry requests, USDA agricultural market analysis and food bank needs, USDA said.

The Families First Coronavirus Response Act (FFCRA) and CARES Act provided an at least $850 million for food bank administrative costs and USDA food purchases, of which a minimum of $600 million will be designated for food purchases. The use of these funds will be determined by food bank need and product availability.

Hog farmers have asked the U.S. Department of Agriculture to purchase $1 billion in pork products, compared with $559 million in the first round of trade aid and $208 million in the second year.

House Agriculture Committee ranking member Michael Conaway (R., Texas) said, “Secretary Perdue was spot-on when he indicated that significant additional support will be absolutely necessary to see our farmers and ranchers through the coronavirus crisis. Had Democrats not objected to the Republican proposal to provide $50 billion for agriculture relief in the CARES Act, we would have been better positioned to meet the very real needs in rural America.

“Unfortunately, Democrats played games with farmers and ranchers during those negotiations, in the same way they are now with small businesses and their employees by blocking funding for the Paycheck Protection Program (PPP).” Conaway called on Congress to put aside partisan politics and fund the PPP and CCC with additional funds.