CEO John May and his colleagues share key details about agriculture and its use of technology to a much wider audience. 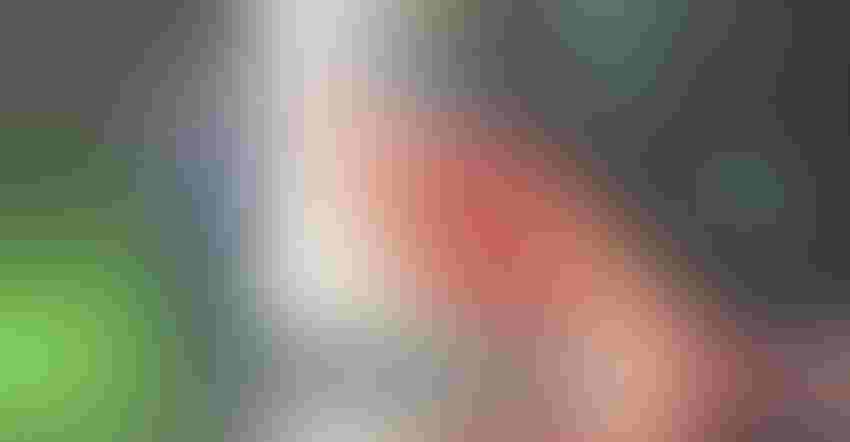 CONDUCTING CLASS: John May shared a lot of valuable information for a non-ag audience, offering a deeper view of how technology is supporting society where it matters - food, fuel, fiber and infrastructure.Willie Vogt

When vendors marketing high tech, engineers and others in the tech industry head for Las Vegas at the beginning of every year, they’re looking for the latest in technology. It’s likely they might not have been expecting an education in ag technology and its role for the future. But that’s what they got at CES 2023, the home of new technology introductions.

John May, CEO and chairman of John Deere, took the stage as the opening keynote address for CES, a first for both the event and the company. And May took the opportunity to hold a kind of agtech education session for attendees. “The [agriculture and construction] industries are driven by John Deere’s innovative, cutting-edge technologies that help our customers be more efficient and sustainable as they ensure the works has the food, fuel, fiber and infrastructure that we all need to thrive,” he says.

For an aggie, all that May discussed would sound pretty familiar as he outlined the company’s history from that self-scouring plow to the company’s entry into the tractor business in 1918. He also noted other milestones including the first all-hydraulic bulldozer in 1958. “Since then, John Deere has been continuously innovating and investing to help farmers and contractors do their jobs even better, and we’ve expanded beyond agriculture into earth moving, road building and even backyards around the world.”

He highlighted a change for the industry. When May got started 25 years ago, the focus was on going bigger because that meant greater efficiency. And while bigger is part of the Deere lineup, the global market is changing. In early 2022, the company announced its Leap Ambitions focused on measurable goals across customer operations. The move is designed as he says to “boost the economic value, productivity and environmental sustainability for our customers.”

Related: Why is John Deere going to CES?

May notes for the rest of the decade and beyond, “our deep understanding of the way our customers do business is what gives us the necessary insights into the challenges they face and the opportunities to use technology to create value. This is not new for John Deere,” he says.

Knowing the audience, May offered up a key stat about John Deere, noting the company’s technology begins with more than 500,000 connected machines running across more than one-third of the earth’s surface. “You might want to think of them as robots that precisely execute jobs in the land, on roads and at construction sites,” he says.

The tech from telematics to integrated displays to new ways to deploy vision systems were all part of the keynote. And May wasn’t the only speaker. He turned the meeting over to three other speakers to share different aspects Deere offers, including some key announcements for the audience.

Deanna Kovar, vice president of production and precision ag production systems, offered the audience some perspective on what’s happening on the farm, from the use of GPS for guidance to capturing geospatial data. She shared some tech history including the launch of the John Deere Operations Center and telematics in the business.

To share the precision needed for the tools farmers use, she turned her attention to planting, explaining to this audience, “Planting seeds is one of the most important things to get right on the farm to maximize yields while combating the weather.” She added that farmers have to do this within a narrow time window, which this audience did not know.

When a planter is moving through the field, it allows a farmer to plant thousands of seeds per second at a precise depth and distance from one another for optimal growth. “If seeds aren’t planted on time or in a precise fashion, farmers will see less grain harvested at the end of the season and just one bushel of corn makes 38 boxes of corn flakes,” she explains. “At an average of 177 bushels of corn grown per acre, that can add up quickly.”

A key area of focus is boosting precision further. Explaining that starter fertilizer is designed to give corn a boost, she shared news of an innovation introduced at the show.

“Many farmers apply starter fertilizer while planting today based on technology available to them,” she says. “They spray the fertilizer continuously down each row of seeds, even though only the seed needs the jolt. As of today, this is going to change with John Deere’s new ExactShot.”

Kovar explains the technology will apply starter fertilizer at scale with speeds up to 10 mph and only where seeds are planted. “This reduces the amount of starter fertilizer farmers need by more than 60% while still allowing them to maintain speeds they need to get the job done on time,” she says. 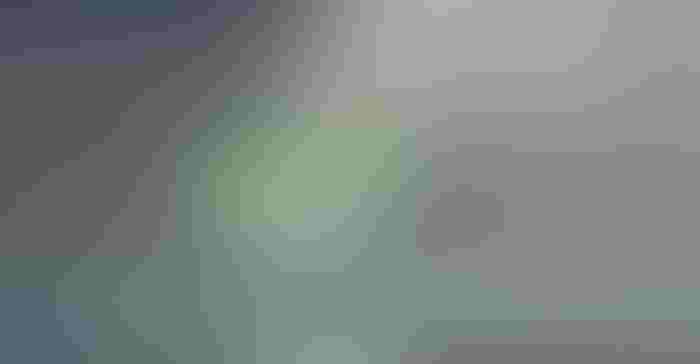 Julian Sanchez, director of emerging technologies at John Deere, was also on hand to share news of how vision technology is making a difference for farmers. The original See and Spray tech got some attention at the show in 2020, as the company showed early prototypes at CES. But in March 2022, See and Spray Ultimate came to market.

Sanchez explains to the crowd how the system works, hitting only weeds with herbicide as it goes through the field. The system can save a farmer 50 to 70% in herbicide costs with directed spraying. But Sanchez also shares other ways vision systems are being deployed. “Farmers began using this technology last year. In one blink of an eye, a machine traveling fast enough to cover three football fields in one minute, both identifies and sprays weeds smaller than your smartphone camera lens,” he observes.

A camera system in the combine provides grain quality assessment in real time, allowing the combine to adjust on the go using that information. There are vision systems that help direct forage chutes on choppers to better save silage at harvest.

A vision system is key to the fully autonomous tractor using tillage that’s at work today, too. And he told the audience how it works to avoid obstacles, or stop when something unknown is in the way.

And Sanchez says there will be more vision system deployment in the future, though he didn’t share specifics. “Whether it’s a self-driving tractor or machine that detects and sprays only weeds or the next major innovation that only exists in our lab today, vision will continue to transform agriculture and John Deere is at the forefront of advancing these cutting edge technologies.”

Jahmy Hindman, chief technology officer, John Deere, shares some interesting stats with this non-ag crowd, and offers the company’s look at alternative power sources for agriculture in the future. Hindman, the first CTO for the company, first offers a look at the benefits to two technologies displayed – ExactShot and See and Spray Ultimate.

“Farmers growing corn on 90 million acres will use about 140 million gallons of in-furrow starter fertilizer every year,” he notes. “To help those seeds turn into productive plants with ExactShot, which Deanna just introduced, we can reduce the amount of starter needed by more than 60%. That’s 93 million gallons. Based on today’s commodity prices this can save farmers $650 million on input costs.”

He adds that the technology also prevents wasted fertilizer that can encourage weed growth or increase the risk of runoff from the field.

For an audience that’s looking at sustainability and better use of resources, the John Deere stats were well received. Then Hindman, to an audience that’s seeing a lot of electric car technology, turned his attention to farm equipment and brought a dose of reality to the discussion.

“Some of you may find this statement a bit controversial, but the path to a sustainable future does not rely only on electrification to power vehicles,” he remarks. “Biofuels like ethanol and renewable diesel, which may be created from plants, must be just as much a part of the solution because large scale electrification of high-horsepower equipment faces steep technical challenges that make an electric-only future unlikely in the near term.”

He offers an example of that new automated tractor running in a field for 14 hours a day, which runs at 75% of its peak horsepower of about 310 hp. “That’s the energy equivalence of 38 Tesla Model 3 long-range batteries, or in different terms 15,000 liters in volume and over 48,000 pounds,” he points out. “To put that in perspective, that battery would double the weight and size of the tractor today.”

The “electric” example would also raise the price of the tractor four fold.

As for electric power, the company unveiled a new all-electric compact excavator that we’ll be covering soon.

At the end of this multi-speaker keynote, John May wrapped up and pointed to a message he’s promoting here at CES and beyond. The word “real” is the key. “We create technology to address specific challenges, problems or needs,” he says. “Real purpose, real technology with a real impact. Everything you’ve been told about checks those boxes for all three.”