There’s a lot of interest in ‘robot’ farm vehicles, but what will push further development? 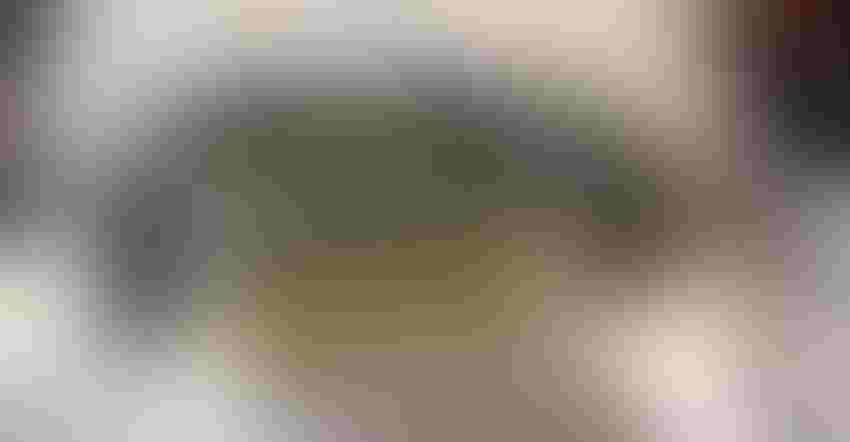 ROBOT FOR REAL: Naio Technologies in France has several autonomous vehicles in the field, from smaller machines to this larger Kult multi-head row-crop cultivator. The unit can take out weeds in the row without a driver, and without chemicals.Willie Vogt

The march of technology appears relentless in agriculture. But it’s also sometimes gradual, waiting for that trigger issue or event to drive new tools from research facility to farm. At the 2016 Farm Progress Show Case IH shared a vision for the autonomous tractor, turning the Magnum into a cab-free wonder that got a lot of attention.

The look of an autonomous tractor can change, but those same tools can be added to an existing tractor to take the driver out of the cab too. And while labor is a potential issue driving the move toward autonomy, there are other issues too.

Scott Shearer, professor and chair of Food, Agricultural and Biological Engineering, Ohio State University, spoke recently at the InfoAg Conference and discussed the move to robotics. And while he showed some familiar autonomous images, he raised other questions too.

“We’ve seen ag robot proliferation,” Shearer pointed out. “What is driving this move? Some point to the autonomous car movement.” But you have to look at the equipment trend over the past 60 years.

There’s been a long-term movement toward larger equipment, which Shearer said was made possible using diesel power. This provided the torque, and muscle, for bigger machines to pull heftier implements to cover more acres in a day.

“We have a shrinking window of planting time,” he noted. “You plant the crop when you have the time.”

But as those machines have gotten bigger, Shearer pointed out that they’ve brought along some other issues. “Soil compaction is a problem,” he said. “We are looking at the effects of compaction on yield.”

He pointed out that yield monitor data does not show how traffic patterns impact harvest results. Sharing a slide of a study at Ohio State where traffic patterns were part of the mix, researchers have found yield losses attributed to compaction. And he added that larger machines on tracks don’t make it any better. “A grain cart on tracks does not alleviate compaction. Farmers do not realize the damage they’re doing,” he said.

That concern about compaction and its long-term impact on yield is an issue that Shearer said could drive adoption of more autonomous equipment. This is true because some of the key development work being done is to use smaller machines – with many in a field – to accomplish the work of a single bigger machine. Those smaller units would have a much-reduced footprint, which could help build yield further.

The key, he explained, is the ability to remove the human from the equipment but not from the management loop. “With connected equipment, and big data collection, we have to ask how many vehicles can a human monitor?” he asked. That’s a development that requires further attention if farmers move toward autonomy.

The key is compaction. “To reduce stress on the crop we’ll need machines with a gross vehicle weight below 10,000 pounds and with tire pressure below 3 psi,” Shearer reported.

He points to the SwarmFarm concept in Australia where smaller, multiple machines do the work of a single machine but with a significantly reduced compaction and environmental footprint. If compaction will be a driver for machine selection, autonomous tools offer an edge. A swarm of smaller machines moving through the field at a steady speed – even if slower than a human-run machine – could make a difference. Remember, time isn’t an issue for an autonomous machine that can run 24/7 in a field.

Shearer points to a few challenges to the problem. “Internet access is a problem,” he said. “We need 10 megabits per second connection speed.” Data-gathering tools today can capture gigabytes of information that must be able to flow back to the driverless machine quickly and easily; and the machine must be able to communicate to a central location too.

This need to reduce compaction could drive farmers to more autonomous equipment. Combine that with a changing labor picture, greater attention to more targeted pesticide use and it’s possible those robots could be running in a field near you very soon.