Entrepreneurs from across the state and the Great Plains are encouraged to pitch ideas to casting producers. 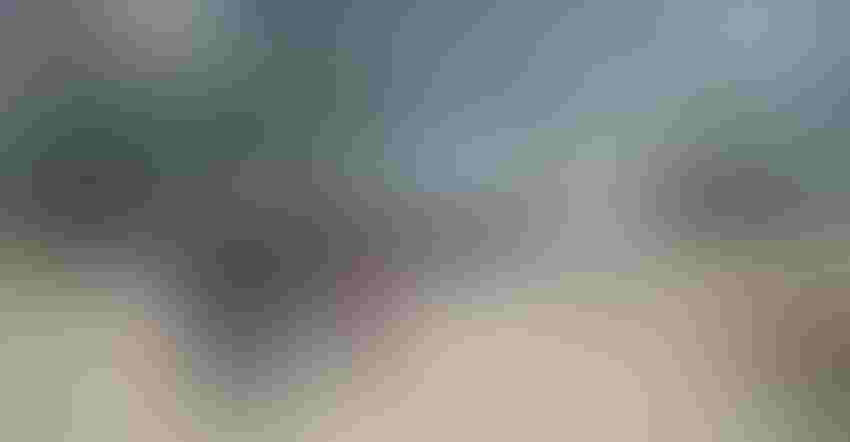 COMING TO NEBRASKA: A "Heartland Shark Tank" event will be coming in April to the Pinnacle Bank Arena in Lincoln. The event will provide an opportunity for entrepreneurs to pitch their ideas to "Shark Tank" casting producers.

If you have an innovative idea or product you want to develop commercially, start prepping your sales pitch. ABC's "Shark Tank" TV show is coming to Lincoln, Neb., on April 5-6, courtesy of the Engler Agribusiness Entrepreneurship program at the University of Nebraska–Lincoln.

It is the first open casting call in Nebraska for the Emmy-winning ABC program, in which aspiring entrepreneurs pitch business proposals to self-made tycoons.

Entrepreneurs from across Nebraska and the northern Great Plains are encouraged to come to Lincoln to present their ideas and products to "Shark Tank" casting producers.

The one- to two-minute pitches are the first step in being considered for the show's 11th season. On the show, "sharks" — successful business people and potential investors — hear pitches and question presenters, seeking those most likely to be successful and warrant investment.

"Whether you're a saddle maker from Scottsbluff, an ag equipment inventor in Kansas, or a craftsperson living in rural Iowa and selling on Etsy, we want everyone to come," said Brennan Costello, chief business relations officer for the Engler Agribusiness Entrepreneurship program and the driving force behind "Shark Tank" coming to Lincoln.

The Engler program was founded in 2010 with a $20 million gift from the foundation of Paul F. Engler, a Nebraska alumnus and Texas entrepreneur who founded Cactus Cattle Feeders and has championed several innovations in the agriculture and energy sectors.

Part of the Institute of Agriculture and Natural Resources, the program gives students an opportunity to take an idea from concept to product in an encouraging environment where they can try, fail and try again, all while learning what it takes to be an entrepreneur. More than 100 students have completed the program.

Costello was at a conference in 2018 when he learned that "Shark Tank" had done a community pitch night in Alaska. He contacted Mindy Zemrak, the show's casting producer, and made his own pitch, describing the active entrepreneurial spirit in the Midwest and particularly in Lincoln's Silicon Prairie.

Zemrak was hesitant at first, but after several calls and more information, she agreed to a full casting call in Lincoln.

"This is a great opportunity to showcase Midwest talent and the capacity we have to innovate," said Tom Field, director of the Engler program.

"We want everybody in the state who has an idea, a product or a concept to come to this event," Field added. "If you're making great furniture, a great sauce, new software or ag technology, or you're a farmer in your 80s developing something in your farm shop, you belong here."

Field is excited about the community building afforded by the event. It will give participants an opportunity to "connect with like-minded individuals and continue building on the really strong entrepreneurial ecosystem that's developing across Nebraska."

When asked what types of pitches producers were expecting, Zemrak said, "We consider anything and everything."

How it works
A typical casting call will have 200 to 300 pitches, Zemrak said, "but sometimes we can have as few as 150 people. It's really more about the quality than the quantity. That's when people's back stories come into play. About 50% of it is about the business and product and the other 50% is about the entrepreneurs and their stories."

The call will take place April 6 at Pinnacle Bank Arena in Lincoln. Wristbands will be distributed to participants (one per pitch) from 9 to 11 a.m. Pitches will begin at 10 a.m. Participants won't be pitching to the show's sharks, but rather to the casting team, Zemrak said. Those making pitches must be 18 or older or accompanied by an adult and be an American citizen or resident.

"There's no callback that day, and the pitches aren't filmed," Zemrak said. The casting team will consider the pitches, and some will be selected to move forward to additional elimination rounds. The whole process, from initial pitch to broadcast, may take up to a year.

As presented by Engler and other local sponsors, the "Heartland Shark Tank" will include an April 5 program at the Rococo Theatre. The event, which has not been offered with previous casting calls, will feature past "Shark Tank" winners, successful entrepreneurs and local entertainers. The program will offer networking opportunities for entrepreneurs and business owners. Zemrak also will provide tips to prepare for the open casting call.

To learn more or sign up for the "Heartland Shark Tank" event, visit heartlandsharktank.com.

Jasa is editor of UNL's CropWatch, and Reed is national news editor for University Communication.