Extension specialists share advice on what to do with your unharvested sugarbeet fields. 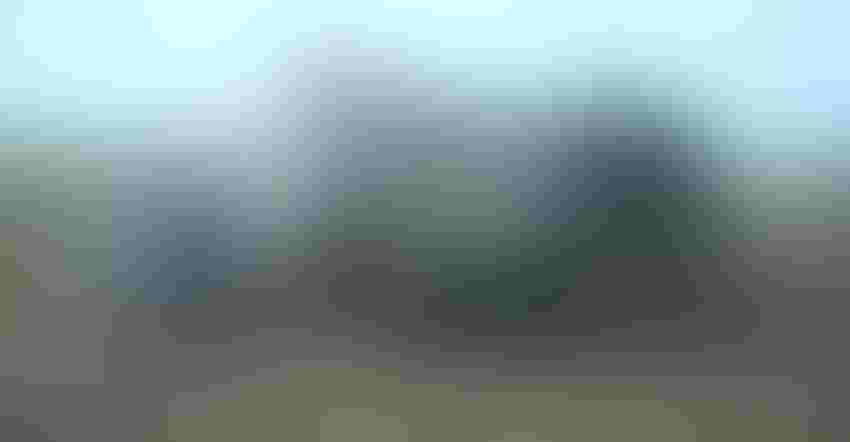 BEET IMPACT: Sugarbeets left unharvested are impacting soil biology and will probably affect the 2020 crop in those fields, according to University of Minnesota crop specialists. Paula Mohr

With just over half of the sugarbeet acreage in the Red River Valley left in fields last fall, farmers are facing a dilemma this spring: To seed or not to seed those acres?

Wiersma offered this caveat: “None of us purposefully ever initiated any experiments with unharvested sugarbeets as a treatment to test the hypotheses that would yield the answers/recommendations below. There are, however, parallel situations from which we can draw and infer some of the recommendations. While there probably is no one answer that fits all, there are underlying biological realities that drive what you can do and cannot do very well. The following realities should be accounted for when planting this year’s crop in unharvested sugarbeet acreage.”

Here are the specialists’ considerations and suggestions for unharvested sugarbeet acres:

The decomposing sugarbeets will likely release some clopyralid (Stinger herbicide) into the root zone if clopyralid was part of your sugarbeet weed control program last season. Clopyralid is persistent in soil and is degraded primarily by microbial activity in the soil.

Although unlikely, there may actually be some sugarbeets that survive in areas such as near shelterbelts that were protected by snow over much of the winter. These plants will resume growth this spring and become bolters that are a bit more difficult to control with herbicides and potentially could even produce seed if not removed or killed.

Tillage. Keep tillage to a minimum and use controlled traffic to offset rows. Leave the unharvested sugarbeets as undisturbed as possible even if frost has caused them to heave out of the soil. The rationale for these choices is that this will likely create the best possible seedbed for row crops like corn, soybeans or sunflowers.

Fertilizer. Band fertilizer prior to or during seeding, or sidedress fertilizer later during the growing season. The rationale for this is that proximity of the fertilizer to the seed and away from the decomposing sugarbeets will allow the crop rather than the microflora to utilize the nutrients.

Soybeans. Soybeans offer the flexibility that seeding can be delayed without much downside risk. There is some risk that clopyralid that is released by the decomposing sugarbeets will injure soybeans. This risk will be greatest if we have a cool and dry spring that limits the biological degradation of the clopyralid.

Early season iron chlorosis deficiency symptoms may actually be reduced because the decomposing sugarbeets tie-up any available nitrogen and nitrate nitrogen is known to aggravate symptoms of IDC when soybeans are in their juvenile phase.

Corn. Corn offers the flexibility that N can be side dressed until about the V8 growth stage. An early planting date is crucial to the success of corn in the Red River Valley. Your soil type and equipment setup will dictate whether you can seed corn successfully into the stale seedbed left by the unharvested sugarbeets.

Fallow syndrome. Fallow syndrome is the greatest challenge with considering corn. Band phosphorus adjacent to the seed to reduce fallow syndrome in the stale seedbed. Apply 20 to 30 pounds per acre of extra N to offset the nitrogen tie-up by the decomposing sugarbeets.

Prioritize phosphorus over nitrogen early on. If you cannot get enough nitrogen on pre-plant, you have until about the V8 growth stage to do a sidedress application. Surface application will work fine for sidedressing. However, you must watch out for fertilizer contact with the canopy to minimize leaf burn.

Small grains. When considering small grains, wheat and oat are probably a better option than barley. You will need to apply 20 to 30 pounds per acre of N extra to account for the nitrogen tie-up in the decomposing sugarbeets.

Sunflowers. Sunflower can be seeded later in the season without much downside risk. There is some risk that clopyralid that is released by the decomposing sugarbeets will injure sunflowers. This risk will be greatest if we have a cool and dry spring that limits the biological degradation of the clopyralid.