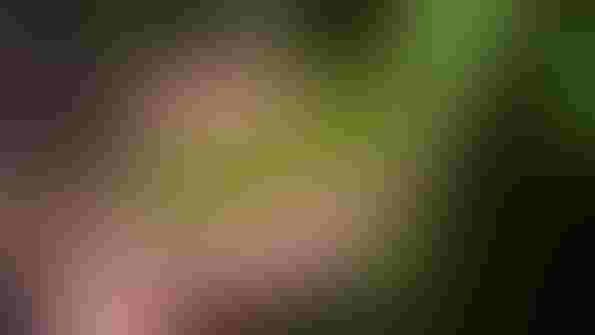 <p><em>Farm Futures</em> estimates, based on a survey of farmers, the 2014 soybean intentions at a record 82.93 million acres, easily an all-time high.</p>

Farm Futures estimates 2014 soybean intentions at a record 82.93 million acres, easily an all-time high. If achieved, seedings would be up 8.4 percent over last year’s total, which was cut by wet conditions last spring. All key states showed increases, with some of the biggest shifts possible in Illinois, where farmers pushed corn-on-corn in recent years to capture profits from the ethanol boom.

Though projected profits for both crops are lower this year, prices favor soybeans, making it easier for farmers to shift ground and improve crop rotations.

Corn planting intentions could fall to 92.06 million acres, down 3.5% from last year’s lower than expected total, when farmers failed to put in more than 3.5 million acres of corn due to wet, cold conditions. Still, that would be the fourth largest acreage since 1944 if achieved.

The latest survey is Farm Futures' third that asked growers about their 2014 planting intentions. The initial tally, released in August at the Farm Progress Show, first showed that farmers wanted to plant more soybeans and less corn. That trend increased with the magazine’s December survey, released at the Farm Futures Business Summit. March results projected another increase in the shift, counting around 200,000 fewer corn acres and 600,000 more soybean acres than in December.

"While the ratio of new crop soybean to corn prices actually pulled back a little over the winter, the strong rally in old crop soybeans appeared to convince many farmers to take the plunge and plant more soybeans,” says Bryce Knorr, the magazine’s senior grain market analyst. "November futures are following a more bullish seasonal trend than December corn, which gives soybeans a better chance for rallies during the spring and summer."

Knorr cautions that USDA’s March 31 estimate could provide more surprises to a market that has already seen plenty from recent government reports.

"Interpreting data from surveys this year will be more difficult than usual, because so much corn ground wasn’t planted," he says. "The range of potential outcomes from USDA is fairly wide, so farmers should be prepared for both bullish and bearish reactions."

Farm Futures also found growers hoping to plant 12.3 million acres of spring wheat, up 12.4% from last year when wet conditions affected the total. All wheat acreage is estimated at 56.05 million, down only slightly from 2013.

"Another wet spring on the northern Plains could mean more acres planted to soybeans in an area where growers have demonstrated an eagerness to plant them already," says Knorr.

Farm Futures questioned 1,775 growers nationwide March 4 to March 20 by email, the largest non-government survey of farmers about their plans.