Think differentDistant soybean relatives can provide the best pest and disease resistance&mdash;the kind that&rsquo;s built into the plant. The University of Illinois houses the USDA soybean germplasm collection, with approximately 20,000 soybean accessions from all over the world, a treasure trove of genetic possibilities. Scientists there and at private seed companies screen for improved disease and pest resistant traits to build a better soybean. 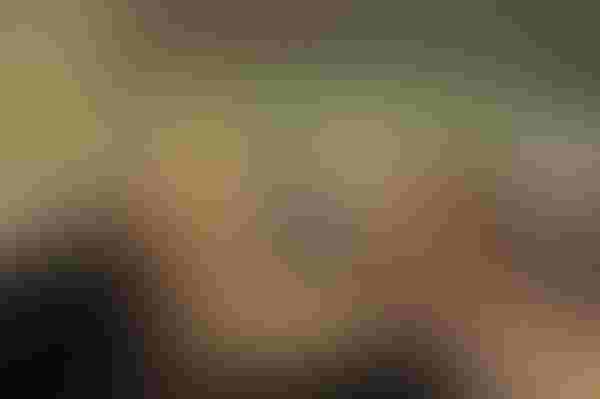 <p>The soybean cotyledons have just emerged in these pots destined for a <em>Sclerotinia</em> stem-rot trial at the University of Illinois soybean research center.</p>

Have you thought about following a rotation schedule so that soybeans aren’t planted in the same fields for 10 to 15 years? That’s the only way to eliminate yield-robbing pathogens like Phytophthora and white mold from the soil, but it’s obviously not practical. Fortunately, recent soybean-genome sequencing has accelerated finding resistance within the plant itself.

Hughes’ and others’ research screens soybean germplasm accessions (genetically unique plant samples from a particular geographic location) for disease and pest resistance. There are public germplasm banks at universities and private seed companies. Screening techniques are continually tweaked and improved upon.

The University of Illinois houses the USDA soybean germplasm collection, with approximately 20,000 soybean accessions from all over the world. “We are developing fast, accurate screening methods in field, greenhouse and laboratory conditions,” says Glen Hartman, professor with the University of Illinois department of crop sciences and USDA research plant pathologist. “Wild soybean relatives are a relatively unexploited source of new genes to screen.”

Hartman explains that these relatives can be affected by many of the same pathogens and pests as sobyeans. Crosses can be made, though with some difficulty, between soybean and these species, so they are an option when searching for new sources of pathogen and pest resistance that eventually could be incorporated into commercial varieties.It can take up to 10 or more years from resistant-gene discovery to farmer use, says Terry Semmel, Monsanto technology development representative. Even then, there’s no guarantee it will see the inside of a seed bag.

But , there is more value in host-plant resistance over in-crop management strategies, he says.

“Long term, host plant resistance will save the grower the most grain yield,” Semmel says. “In-crop management strategies are either very expensive or they don’t even exist, especially for many soil-borne pathogens.”

Proper host resistance management is important too. Talk to your crop consultant, attend Extension meetings and track experts’ advice about how to properly use host resistance. Using it in conjuction with other methods of control is smart, Semmel adds.

“I encourage growers to be open to trying new ways to combat diseases, including planting resistant varieties,” says Karen Corrigan, an independent agronomist based in central Illinois and covering several Midwest states. “But the decision-making process on using that tool starts before disease onset and well before planting season. Know your fields’ histories, whether  and susceptibility.”

Although modern breeding and disease-resistance research techniques started in the 1950s, humans have generally selected against disease for centuries, without knowing which pathogens they were up against.

When we discover a new gene in the host, the pathogen evolves to improve itself to overcome the new resistance gene,” says Ellen West, University of Illinois crop sciences graduate student. “No matter how much (research) progress we make, there’s always going to be more to be done.”