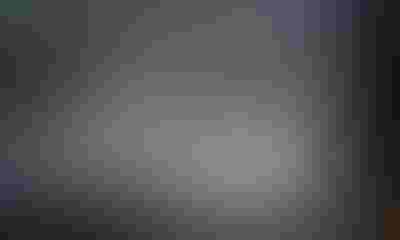 Trains of corn were shipped to the southeast poultry and ethanol markets from the Midwest this past week and basis bids to farmers firmed at some locations in attempts to prompt sales, Midwest grain dealers said.

Corn trains have moved regularly to the southeast this winter, while soybeans shipments have largely gone to nearby processors. In central Iowa corn bids rose about 7 cents in a week, while the soybean basis was steady.

On the Mississippi River, an Iowa dealer said export bids for soybeans at his site were 2 cents better than the local processors as the market had a large enough carry to encourage buying now for shipment in the spring when the river opens.

The corn basis at the river shipper rose a few cents in the past week because of the lack of farmer selling.

Grain sales remained light ahead of USDA’s January report, with farmers hoping for bullish reactions to the numbers, dealers said.

Cold weather, with high temperatures at about 20 degrees Fahrenheit, was common throughout the Midwest early this week. That may have contributed somewhat to the slow farmer selling as the cold may made it hard to start diesel trucks or activate other equipment. In western Iowa, about 7 inches of snow was on the ground.

Corn shipments of 21.7 million bushels were up from a week and a year ago, with Mexico and Japan the leading destinations. Year-to-date shipments of 396 million are down 20.5% from a year ago.