Crop specialists in the Lower Valley and across the Coastal Bend warn that as temperatures climb, and as a result of recent rain, scouting offers the best protection against developing pest problems. Early control and management offers the key to preventing plant damage and yield loss. 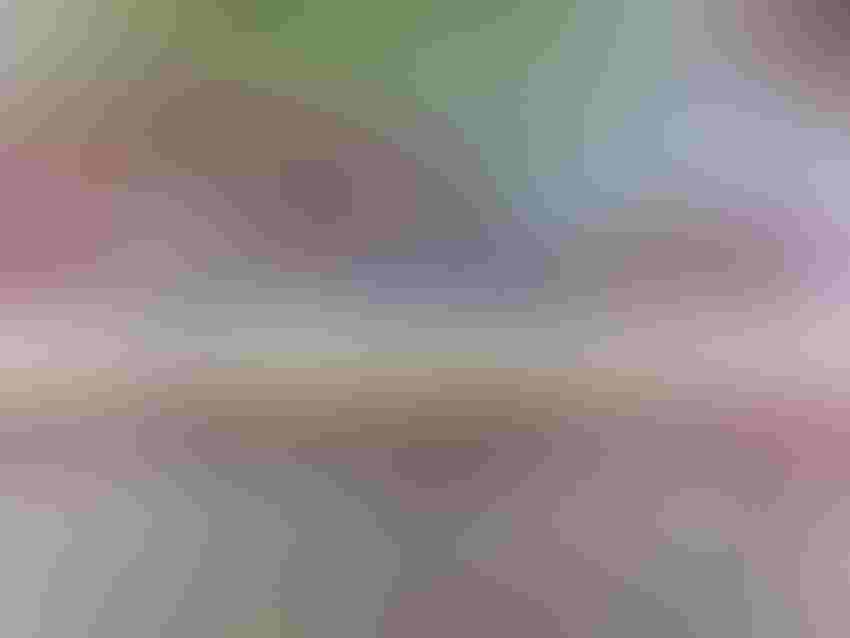 Sugarcane aphid numbers have been high in some South Texas areas, but treatments appear to be effective.Texas AgriLife photo by raul Villanueva

While South Texas sorghum producers are still being warned to scout fields for early season sugarcane aphid (SCA) infestations, Texas A&M Extension specialists are saying population numbers have declined over the last week in the Rio Grande Valley, an indication that control and management efforts are underway.

Experts credit early spraying of sorghum for the abrupt decline, but add it's too early to assume concerns over SCA migration into sorghum is under control. In fact, most agree, problems related to SCA have yet to reach their peak.

She explained the migration of winged aphids riding southerly winds out of Mexico, combined with unseasonably warm temperatures so far this spring, may explain the early and elevated numbers found across the Valley region earlier this month.

She advised grain producers Sivanto and Transform ARE available to spray for the sugarcane aphids this year; both proved effective against the pest last year. Some Valley producers in South Texas initiated spraying operations following the discovery that elevated populations of SCA had exceeded recommended threshold levels in sorghum, and subsequent scouting of those fields at the end of last week indicate aphid populations declined appropriately in treated fields.

"I scouted quite a few fields of grain sorghum along the river last week and am happy to report that they were clean. [But] I am seeing sugarcane aphids all across the Valley, and in some fields the populations are very high. But overall it looks like area producers are managing sugarcane aphids well," she said.

She adds that with recent rain showers and temperatures expected to heat up again into the upper 90s by week's end, scouting should continue on a regular basis.

In the Mid-Coast region of South Texas grain sorghum was planted later than in the Lower Valley and so far sugarcane aphid numbers have ranged between light to non-existent. But Extension specialists are warning it may be the “quiet before the storm” as temperatures are expected to reach nearly the century mark by mid-week and sorghum approaches flowering stage.

Some isolated reports of winged adults were reported in the lower Coastal Bend last week, though numbers have yet to reach threshold. Scouting is increasing across the Mid-Coast region, and crop officials are advising Coastal Bend producers that now that warmer weather has arrived they should remain diligent in those efforts. In spite of a late season cool front that offered lower temps over the weekend, the weather is expected to warm up extensively this week as a high pressure system moves into the area.

In addition to aphids in grain sorghum, producers in South Texas are also reporting increased levels of other pests. In the Lower Rio Grande Valley, cotton has reached blooming stage and cotton aphid numbers are on the rise. Cotton fields recently irrigated show the highest numbers of aphids. Sekula says some heavy beneficial populations of ladybug larva have been noted and says she hopes natural predators will soon help to control cotton aphids in the Valley.

For producers who are seeing damaging numbers of cotton aphids, she says treatment with products like Intruder, Strafer or Assail have proven effective; Carbine and/or Sivanto seem to be highly effective as well.

Also in South Texas cotton, fleahoppers have been spotted in some fields and light populations of spider mites and whiteflies have been reported. Perhaps of greater concern are reports of tarnished plant bugs in cotton. Sekula says producers should watch for increased populations in the coming days, especially once cotton starts to produce the immature bolls they like to feed on.

Crop specialists in the Lower Valley and across the Coastal Bend warn that as temperatures climb, and as a result of recent rain, scouting offers the best protection against developing pest problems. Early control and management offers the key to preventing plant damage and yield loss.