Resilient Ag Landscapes: The soil is teeming with life, but what benefits do different kinds of soil biology provide? 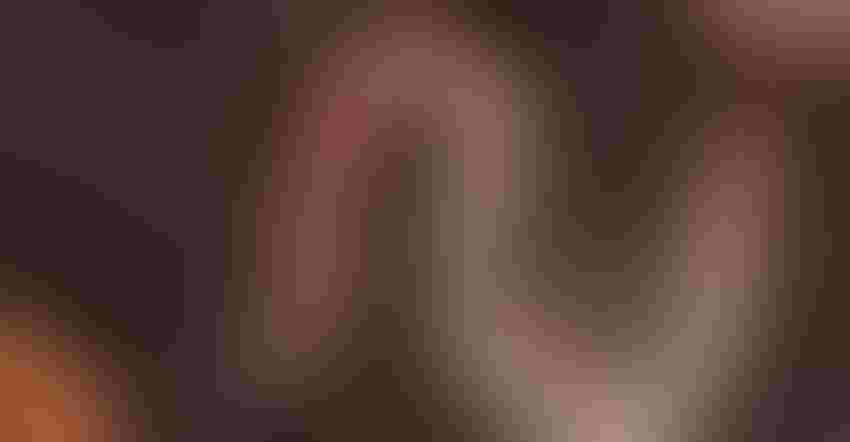 MOVERS AND SHAKERS: Macrofauna include larger organisms that make up the soil food web, such as earthworms. These are what Rhae Drijber calls the "movers and shakers" of the soil. igreen_images/Getty Images

You've probably read plenty of articles about the benefits of soil biology in agriculture, and the importance of using practices such as no-till and cover crops to build soil biology. Healthy soil is sometimes described as "teeming with life." But what benefits do different kinds of soil biology provide and why?

Rhae Drijber, professor in the University of Nebraska-Lincoln's Department of Agronomy and Horticulture, who studies and teaches courses on soil microbiology, recently spoke with Nebraska Farmer to provide some clarity. Drijber breaks soil microbiology down into several groups: bacteria, fungi, viruses, microeukaryotes, mesofauna and macrofauna.

Microeukaryotes. Microeukaryotes include protozoa and rotifers (small organisms with cilia on one end, like a wheel). While certain protozoa are considered plant pathogens, a large part of the protozoa population are grazers consuming bacteria.

"They're important for regulating the size of the bacterial community," Drijber says. "Mineralization of nutrients in soil is a really strong function of protozoa. They're consuming bacteria that have a low carbon-to-nitrogen ratio. They excrete nitrogen they don't need for growth, making it available for plant uptake."

Mesofauna. Mesofauna are nematodes, microarthropods such as mites and springtails, and pot worms. There are three main types of nematodes, which differ mostly by mouthparts: predators that attack a wide range of organisms; plant and fungal nematodes with piercing mouthparts to gain entry into cells; and bacteriovores, which engulf bacterial cells.

"Certain nematodes can consume fungi by piercing the cell walls to access the cytoplasm," Drijber adds. "Nematodes perform a similar function to protozoa, but occupy a different niche due to their size. Nematodes are bigger, so they move in larger pores, but can't access things in small pores in the soil."

Macrofauna. Macrofauna include the larger fauna that make up the soil food web. This includes earthworms, ants, spiders, termites, various kinds of larva and grubs. These are what Drijber calls the "movers and shakers" of the soil. They also are grazers that help with nutrient cycling, but they occupy their own niche.

"Much of the larger fauna are obviously in larger pores, and tend to hang out where there's soil organic matter or residue," she says. "They're found in higher organic matter material, because they're feeding on organisms that feed on that material. Their role is nutrient cycling, but they also open up the pore network with their burrowing, which is something needed in natural ecosystems to keep cycling minerals in the soil and improve water and air infiltration."

Viruses. Viruses, while more often thought of as plant pathogens, also can serve a beneficial role.

"The vast majority of viruses are involved in infecting bacteria and fungi, although bacteria is probably the biggest target group of viruses," Drijber says. "Their role is to use bacteria cells to reproduce, and in doing so, they release nutrients. It also helps control bacteria population sizes."

Viruses such as bacteriophage attack bacteria and break open the cells through a process called cell lysis. They also mineralize nutrients and provide carbon to the soil via necromass from both bacteria and viruses. Viruses are very small in size compared to other microorganisms, giving them access to smaller pores and more prey.

Bacteria. Bacteria, combined with fungi, make up the largest living population in the soil.

"Soils are very stable in the number of bacteria they contain," Drijber says. "That's because bacteria are contained in small pores — they prefer pores smaller than 10 microns, so they can't get consumed by protozoa. A large portion of the bacteria hang around, and their numbers don't fluctuate much."

Closer to the plant root, a region of soil called the rhizosphere, is where biological activity is high. This is also where micro and mesofauna are most active given the abundant food supply.

"When living plants exude carbon [simple sugars and amino acids, mainly], they're providing a good source of readily available carbon," Drijber says. "Bacteria can consume that carbon and grow, but they're turned over rapidly, because if moisture conditions are favorable, predators can find and consume the bacteria. It's a neat way the plant regulates its own acquisition of nutrients."

Fungi. Fungi typically reside in the larger pores of the rhizosphere and colonize decomposing plant residues. And there are two major types of beneficial soil fungi: saprophytes and mycorrhiza.

"Saprophytes consume dead organic materials — they can tap into organic-rich patches in the soil," Drijber explains. "If there's a patch of degrading residue, they will colonize it. When they're decomposing residue, they are transporting and cycling carbon, and they need nitrogen to do that. They create a bridge between patches of low and higher nitrogen content, and shuffle carbon and nitrogen back and forth where they need it in order to grow."

Arbuscular mycorrhizal fungi, the type of mycorrhizae found in soil of our major food crops, are known as mutualists, and cannot live without a plant host.

"They interact with plant roots," Drijber says. "A signal is sent from the plant, and a signal is sent from a germinating fungal spore or living hyphae — a tendril that extends from the fungus. When that interaction occurs, the mycorrhiza invades the root cells to set up arbuscules — convoluted membranes that look like brain tissue that interface with the plant cell membrane."

"The plant supplies the fungus with carbon so that the fungus can grow out into the soil," she adds. "In exchange, the fungi scour the soil looking for phosphorus and nitrogen. The nutrients are then taken up by the growing tip of the fungal hypha and transported as amino acids and polyphosphates along a ‘hyphal’ highway back to the plant. Once in an arbuscule, the nitrogen and phosphorus and transported across dual membranes [fungal and plant] into the plant cell. "

For all soil biology, organic matter is the foundation for stimulating the microbial community.

"I view soil as a house. So you've got a house, and the house has various rooms and compartments and storage," Drijber says. "Essentially, you're trying to build the house that will then preserve, protect and allow organisms to function in a way that's beneficial for the ecosystem. You think of a house in a neighborhood in a community, how does that all get put together so inhabitants have privacy and can go to sleep or go out and interact in society? It's like a society."