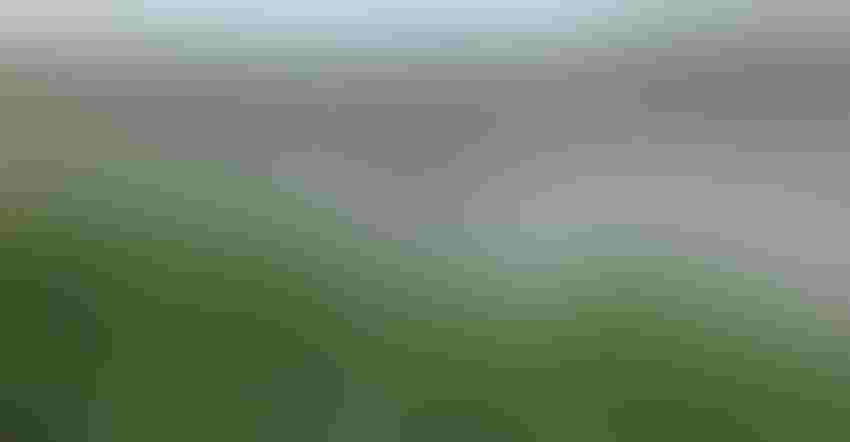 REDUCING EROSION: Farmers cannot control the climate, but they can manage their farms to reduce erosion.

The 2017 growing season was one with many challenges. With talk of El Niño and climate change as a backdrop, there was a storm brewing. Mild winter temperatures, then high rainfall followed by snowfall prevented soils from freezing, which allowed water to infiltrate into the soil profile. This is good in a normal year, but in a year like 2017 with record rainfall, the stage was set for soil erosion. The intense excessive rain this spring combined with saturated subsoils led to runoff of soil sediments and visibly eroded fields.

What is the cost of soil erosion in Wisconsin?

University of Wisconsin-Madison soil scientist Francisco Arriaga estimates the nutrients present in 1 ton of an optimum soil are 2 pounds of nitrogen, 9 pounds of phosphorus and 31 pounds of potassium. The fertilizer value of these nutrients would total $12.80 per ton. If the average allowable soil loss is 4 to 5 tons per acre, that value is $51 to $64 per acre just in lost nutrients — not including lost future productivity. Remember, when sediments are eroding off your field, that’s like dollars washing away, and it takes many years to replace what is lost in moments.

What is the cost to society? Societal costs are paid by taxpayers to remove sediments from road ditches and lakes, and the filtration of drinking water. This doesn’t include the cost of the growing hypoxia zone in the Gulf of Mexico.

What can farmers do to reduce soil erosion? First and foremost, soil erosion will not be eliminated. Second, farmers cannot control the climate, but they can manage their farms to reduce erosion. Here are a few options to consider.

• Residue management. Residue on the soil surface and growing plant roots in the soil are a first line of defense. During planting season, try to maintain a 30% residue cover after planting. Cover crops following corn silage or grain harvest may fit into your soil management plan, reducing potential soil erosion and improving soil health.

• Tillage management. Many soils are overtilled, and residues that protect your soil are reduced or eliminated. Today’s equipment is heavier and moves faster across the field, breaking down soil structure and soil aggregates. Soil structure and soil aggregates are important to help reduce soil erosion. Clean tillage, year after year, will increase the risk of soil erosion.

• Crop rotation. In the past, a perennial crop was included in the rotation. Today the rotation is typically multiple years growing annual crops, without much change in tillage management. Farmers need to consider methods to maintain residues on the surface and/or plant cover crops in the soil. This will reduce rainfall impact on the soil surface.

• Renewing old practices. In the past, farms had sod buffers or grassed waterways and terraces in place to slow the flow of rainwater.  Over the years, these soil conservation tools may have filled in or were tilled through. It may be time to re-establish the old practices on your farm, and assistance is available from your local land conservation and Natural Resources Conservation Service offices.

Management
Farmers are the managers of their farms. Everything right or wrong will be at their feet. Farm numbers are dwindling, and society’s connection and understanding of farm practices is weakening. People tend to favor what they read on the internet rather than what is true. Society’s first impression of a farm may not be that of a concerned, hard-working family trying to conserve the soil; society’s view is that the farm is not managed properly and allowing soil erosion, thus increasing the cost to society.

Soil erosion cannot be eliminated. Farmers cannot manage the weather; however, they have practices available to reduce soil erosion on their farms. Soil erosion has cost both to the farmer and society — short term and long term. Moving forward, farmers must remember that if they don’t manage their farm, regulators will manage it for them.

Halopka is a certified crop adviser and the Clark County Extension crops and soils agent.