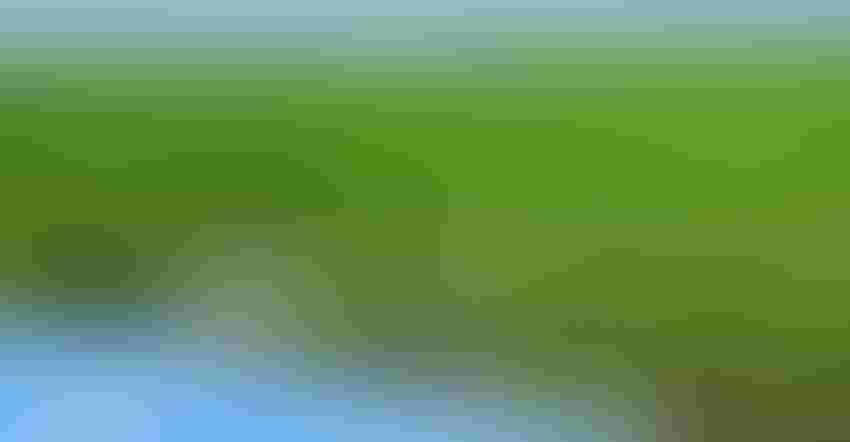 Rice yield reports were surprisingly good despite hot, dry conditions, and prices were up, but so were input costs.

Lee Tarpley, Texas A&M AgriLife Research plant physiologist, Beaumont, said harvest is close to the mid-point for the main Texas rice crop. Sunny days have allowed harvest equipment to push the pace in most fields though some areas have received rainfall, which could mean delays.

“Yields have actually been pretty good – average to above average, so far,” he said. “Producers have been taking advantage of the good harvesting weather and were moving along pretty quickly.”

Tarpley attributed the better-than-expected results to lower pest and disease pressure, which is likely due to low moisture and humidity levels from drought. Some producers were reporting poor grain quality in rice, likely due to heat stress, but instances of lower grain quality were “here and there.”

A timely harvest could be important for rice producers to maximize the ratoon crop potential, Tarpley said.

Ratoon rice crops are a second crop of rice that is produced from plant regrowth following a cutting. Many producers break even with the main rice crop and find profits with the ratoon crop, Tarpley said.

But delays to harvest can lead to higher cuts, which means the ratoon crop is produced from upper branches. Tarpley said the upper branches can bring grains to maturity quicker, but yields are much lower.

Delays could be of greater concern this year because most Texas rice fields were planted later than usual, he said. Fields typically planted in early March were planted in late March or early April this season due to low temperatures and/or rain.

The late start could exacerbate any delays as rice producers prepare and cut their main crop at a height best suited to produce mature ratoon crop grains before temperatures drop below about 50 degrees in the fall, Tarpley said.

Tarpley said some fields east of Houston received heavy rains over the weekend that will likely delay harvest for multiple days. Rice fields around Bay City and other rice-producing areas have high potential to receive rainfall for the next couple of weeks.

“Folks who haven’t harvested may be delayed and struggle to squeeze in a harvest,” he said. “They need to get the ratoon crop up and running to get the good yields related to that lower stubble cut and in time to beat cold weather that typically shows up in November.”

Another concern for Texas’ ratoon crop could be potential water restrictions due to continued drought, Tarpley said. Restrictions have already cut off canal irrigation in areas west of Houston, which will prevent ratoon crop production for affected producers.

“The planted acres number was better than expected,” he said. “There was some concern that some producers might not plant because of the high input costs.”

Rice prices did not follow other grains like wheat and corn to historic highs following the Russian invasion of Ukraine, he said. Tarpley said India’s government was subsidizing production to dominate the market with lower-priced rice.

Prices did start climbing in May and remain slightly better than last year. But as input costs like fertilizer and diesel increased to historic highs, price potential for growers rice remained relatively stagnant, Tarpley said.

Dry conditions continued. Soil moisture levels were very short. Corn harvest was nearing completion with reduced yields reported. Grain sorghum was a failure. Cotton continued to hang on despite high temperatures and low moisture, and yield potential was looking below average. Concerns were setting in about getting wheat established with limited soil moisture. Pasture conditions were very poor and continued to decline. Cattle body condition scores were beginning to decrease due to poor grazing conditions. Producers were feeding hay and other forage supplements but were culling cattle. Stock tanks/ponds were a major concern, and many were going dry.

Conditions were hot and dry. Sporadic rains were received. Pastures were mostly brown. Some fieldwork was done in preparation for wheat planting. Many corn, sorghum and forage crops were failures. Some corn producers were reporting 25% harvestable grain. Some sorghum fields were heading out. Cotton yields were expected to be down with most cotton in northern areas struggling from drought. Livestock producers were providing supplemental feed or selling animals. Water sources were starting to get low, and hay supplies were limited. Producers were testing forage for prussic acid and nitrate poisoning before turning cattle on pastures.

Isolated showers were reported, but the district remained in extreme drought. Cotton and rice harvests were underway and progressing quickly in the hot, dry weather conditions. Cotton yields were below normal. All corn and sorghum fields were harvested. Rangeland and pastures were worsening, and even well-managed pastures were in poor shape. A little hay under irrigation was being harvested. Cattle producers were actively baling corn, grain sorghum and rice stubble as alternative forages in response to the current drought, but there were concerns about nitrates and prussic acid. More cattle were being taken to local auctions as pastures and resources were depleted. The pecan crop looked good, and fungal problems have been nonexistent with the lack of moisture; producers were having to water heavily.

The district received a little rainfall, but storms caused heavy damage and did not relieve drought conditions. Polk County reported increased wildfire activity. Pasture and rangeland conditions were very poor. Subsoil and topsoil conditions were very short. Many producers were feeding hay or cubes or a combination for supplementation. Beef cattle herds continued to be sold off. Stock pond and creek water levels were drying up. Anderson County reported a problem with grasshoppers.

The district received a brief rain shower, but conditions remained very dry. Some dryland cotton was beginning to bloom, but plants were only about 6 inches tall. Bollworms were beginning to pick up in non-Bt cotton. Corn earworm numbers increased as the corn dried down.

Some parts of the Panhandle received much-needed rainfall. Southern parts of the district received from 2-6 inches of rain. Large portions of the district remained extremely dry. Producers in areas that received significant rains should have enough moisture to finish off the cotton crop and have some soil moisture to get early planted wheat to emerge. While the rain was most beneficial for the crops, it did not take long for the moisture to dissipate due to extremely high temperatures. Irrigation continued for most of the district. Rangeland and pasture conditions were very poor to poor. Crop conditions were fair to good.

Topsoil moisture throughout the district was very short. Some counties received scattered showers, but hot, windy conditions persisted. Sorghum was harvested for grain and then baled for hay. Grass along the sides of roadways was being baled for hay as well. Hay prices continued to rise, and people were getting desperate. Crops and pastures without irrigation were suffering. More cattle were being sold weekly as grazing and hay supplies continued to decline.

Daytime temperatures remained over 100 degrees, and conditions continued to decline. Some field preparation began in hopes that rain would allow fall planting of small grains. Cotton was progressing fast with the sun and heat. Corn and sorghum harvests started and was almost complete because of the low number of acres. Yields were down. The pecan crop was going to be very short. Fewer cows were at the local sale barn this week because so many were sold off already. Ranchers were trying to hang on to the nucleus of the herd, but hay was at an extreme premium if it could be found.

Hot, dry conditions continued throughout the district. There were a few scattered rain showers in some areas, but none provided meaningful rainfall. Pumping capacity for irrigation wells continued to decline in places. Fortunately, crops in many of those fields were mature and yields will not be severely impacted. Corn and sorghum harvests neared completion with below-average yields reported. Cotton was maturing. Pastures continued to decline, and supplemental feeding of livestock continued. Livestock were being sold due to the short supply and cost of hay.

Northern, eastern and western parts of the district reported very short soil moisture levels and southern areas reported very short to adequate soil moisture. Daytime temperatures were at or above 100 degrees daily with a high of 110 degrees reported. Crop and grazing conditions declined due to the extreme heat. Irrigated crops, including watermelons and cantaloupes, were faring well. Corn was completely harvested, and the cotton crop was at the mid-season point. Some cotton showed signs of moisture stress/wilting. Producers reported corn, sorghum or cotton failures. Cotton harvest was in full swing in some areas, and bales were being delivered to gins. Peanut fields continued to develop pods under irrigation. Citrus and sugarcane were receiving irrigation. Pecan orchards were doing well. Bermuda grass stem maggot infestations were reported by local producers, and hay fields were being prepped for the next cutting. Pasture and rangeland conditions continued to decline with little to no grazing available for livestock and wildlife. Supplemental feeding continued and was necessary to maintain body condition scores. Local beef cattle producers continued to thin their herds. Water levels were extremely low, and some producers were hauling water. Whitetail deer fawn and quail crops were not expected to be good.