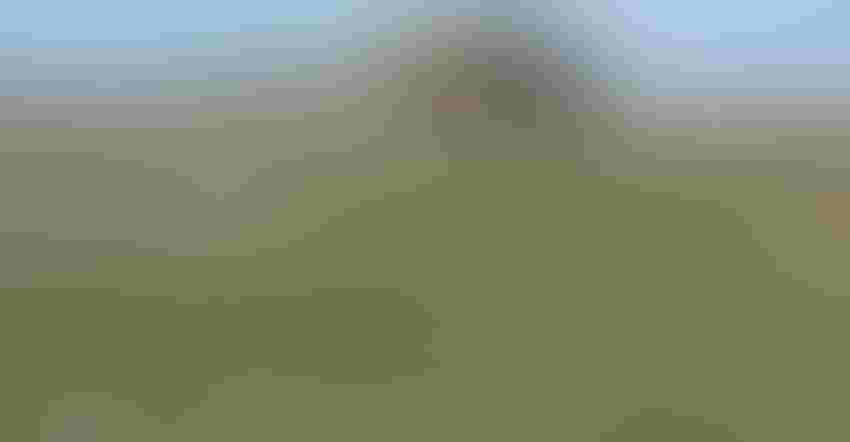 ACIDIC SOIL: Urea is applied before planting wheat. Continuous application of nitrogen fertilizer over many years can make the soil near the surface acidic.

Acidic soils have pH levels of less than 7, while alkaline soils have pH greater than 7. Soil acidity doesn’t become an issue until the soil pH is 5.5 or less. However, if the pH is less than 6, planning to use lime is a good idea, according to Chris Augustin, NDSU Extension soil health specialist.

The good news is that beet lime — a byproduct of sugarbeet processing — costs about one-third as much as ag lime, which has to be imported into the state.

Acidity is more pronounced in no-till soils in the central and western part of the state. The acidity shows up in the top 1-2 inches of soil, especially in fields where urea has repeatedly been surfaced applied for many years.

Soils are becoming more acidic in eastern North Dakota, too, but more tillage is done in the eastern part of the state and the west and tillage mixes the soil and dilutes the acidity, Augustin says.

Plants that appear to be phosphorus deficient and have slower root growth may be the result of acidic soil. Under extreme conditions, germination can be very poor.

Testing the soil where you see symptoms is the best way to diagnose the issue. Zone sampling is recommended since acidity varies throughout a field.

“Since nitrogen is the culprit of the acidity, we’re finding that really acidic spots are where that nitrogen is applied year-after-year,” Augustin says.

NCREC obtained its beet lime from Sidney Sugars in Sidney, Mont., for $41 per ton delivered to Minot. Ag lime typically costs $120 to $130 per ton delivered. The concentration of calcium carbonate in ag lime is about 20% higher than in beet lime. Therefore, 20% more beet lime has to be used than ag lime, but it still costs significantly less than ag lime.

There’s a difference between the limes and gypsum, Augustin says. “Some farmers have applied gypsum, thinking it was lime, to offset the acidity issue.”

Lime is mainly calcium carbonate, and gypsum is calcium sulfate. The carbonate is what neutralizes the acidity.

Gypsum has its place to improve sodic soils where there is too much sodium, or as a sulfur fertilizer, Augustin says.

Augustin and others at NDSU will be conducting beet lime trials at Minot, Dickinson and perhaps other sites around North Dakota in 2020. The goal is to come up with beet lime rate recommendations and best management practices.

Dart is a writer from Elgin, N.D. Additional reporting by Lon Tonneson.