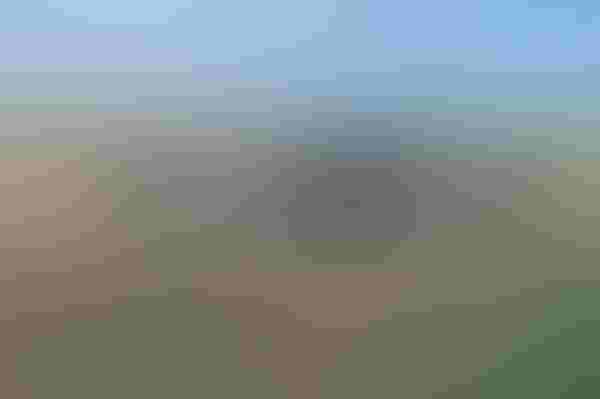 Reports of fields planted by mid-March in central and southern Illinois are coming in. According to professor of crop sciences Emerson Nafziger, "Although there have been some fields planted this early in the past, this is the earliest we have ever had good planting conditions across so much of the state, and it's certain that we have never before had this many corn acres planted so early."

With the warm weather continuing, crops planted now are expected to get off to a fast start. "It takes about 115 growing degree days (GDD) to get corn plants to emerge after planting," says Nafziger. "Highs of about 80° F and lows in the 50s mean that we are getting 15-18 GDD/day, so we might see emergence within a week if it stays this warm." Some fields planted very early have already emerged.

Soil temperatures are in or near the acceptable range for planting in central and southern Illinois and, if the warm weather continues, they will continue to increase. "If this were two weeks later we would have a lot of people planting fast," says Nafziger. "If it stays warm and doesn't get wet, we normally would expect planting to get going in late March, with April 1 being the 'go' date for many in the southern two-thirds of Illinois."

At the same time, many producers are still waiting to plant. They are concerned that a return to normal temperatures – with lows in the 30s and highs in the 50s through early April – means that cool periods or even frost could slow growth or kill emerged plants.

"We are working with a relatively short seed supply due to low seed yields this past year," says Nafziger. "Should we need to replant, this could mean taking inferior hybrids or even being unable to get enough corn seed for a replant."

Replant seed can be costly – some companies charge less than full retail for replant seed, but they might require planting on or after a certain date. Crop insurance may also be an issue.

It is not clear how early planting will affect yields. "We have never planted corn in planting-date trials as early as mid-March," says Nafziger. "But planting in late March or early April has almost never produced higher yields than planting in late April."

Of course, planting date responses are notoriously unpredictable. It is not certain that corn planted in mid-March will yield less than corn planted during the second half of April. If the season remains dry, corn planted early may tap more soil water than corn planted late. But GDD accumulations are low in March and April in normal years, so unless temperatures stay high, early planting will not necessarily mean early pollination, maturity or harvest.

"It probably makes sense to get the fields ready to plant, but to hold off on planting until the calendar turns to April," says Nafziger. Unless temperatures remain far above normal, the risk of planting now may well outweigh the likely return. But for those who want to be able to say that they planted corn earlier than ever before – and before their neighbors – 2012 is providing the opportunity.