Here are 5-- scratch that- now 6 tips Marion Calmer says is necessary to get the best soybean yields. 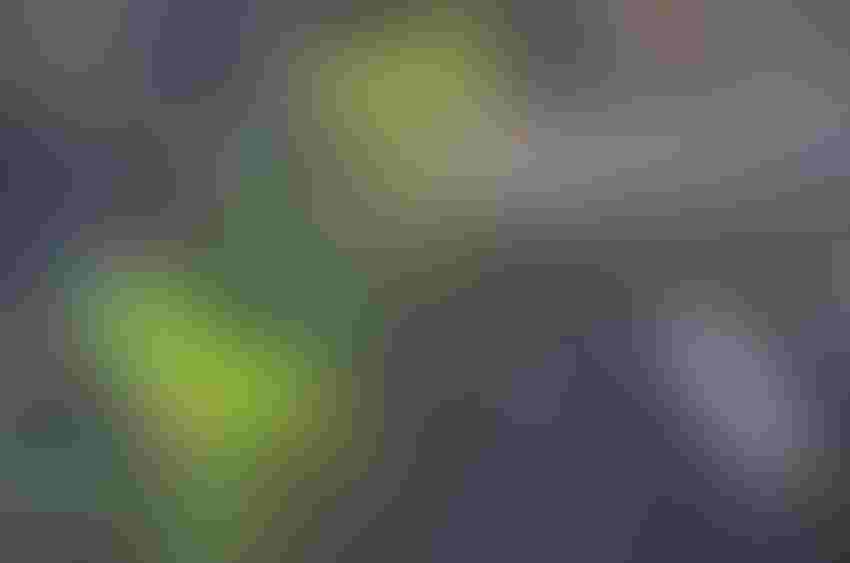 Marion Calmer has been doing on-farm independent research for over 35 years on his farm in western Illinois. This research has helped him determine that there is a significant difference between maximum physical yield and maximum financial yield.

“I have decided that the maximum financial yield makes me more profitable at the end of the year,” says Calmer.

30 years of on-farm research has found there is not a lot of upside to tillage. He said there are no benefits from the surface residue being incorporated into the seed zone by tillage! “Don’t do it. We all know what happens when seed is placed by residue.”

Soybeans look better, grow faster and have less soil erosion with little to no difference in yield in a no-till situation. Plus, in a dry year, the yield advantage to no-till is huge.

Calmer’s soybean population study (6 years/4 replications or 24 total replications of treated soybeans planted in early May) shows that maximum financial yield occurs at 50,000 seeds per acre. From a yield standpoint, there is no difference from 50,000 population up to 200,000. From a financial point of view, Calmer used to plant soybeans at 150,000 and in today’s economics that’s equivalent to a $40 per acre loss.  (Side note: The testing was completed with treated soybeans.)

Calmer’s research data (four years and an equivalent of 16 replications) show 15-in. rows average 4 bushels per acre more than 30-in. rows. Regarding maximum financial yield, 15-in. rows are $48 per acre better.

Calmer says 10 years of continuous research (same location in a corn/soybean rotation) shows a 2.4 bu./acre yield increase when $50 per acre of P&K was applied the previous fall. But, from a maximum economic yield perspective, applying P&K is losing $24.25 per acre. So, Calmer says to look elsewhere in soil profile because surface applied P&K is losing money. He also says it may or may not apply to your farm and producers need to do their own farm research.

There is huge difference in residue management when comparing residue that has been sized 2-in. or smaller to residue of an OEM corn head which is going to give 6-in. long cornstalks or longer (according to research presented by University of Illinois Dr. Fred Below and PhD student Alison Vogel’s research). Calmer says smaller corn residue provides a 2-bushel per acre yield advantage to soybeans when in a corn/soybean rotation. The reason, he says, is a faster release of nitrogen. “The smaller the pieces the quicker they decompose which results in faster nitrogen release back into the soil profile,” he says.

Calmer says producers know that as pH drops, the soil develops a higher acid level, which means nutrient availability also drops. So, he is currently researching to determine if there is a yield advantage to equalizing the pH level in the soil profile?

“To my knowledge, there isn’t any research data in existence,” says Calmer. “The big question is how can we lime six inches deep in the soil profile? “