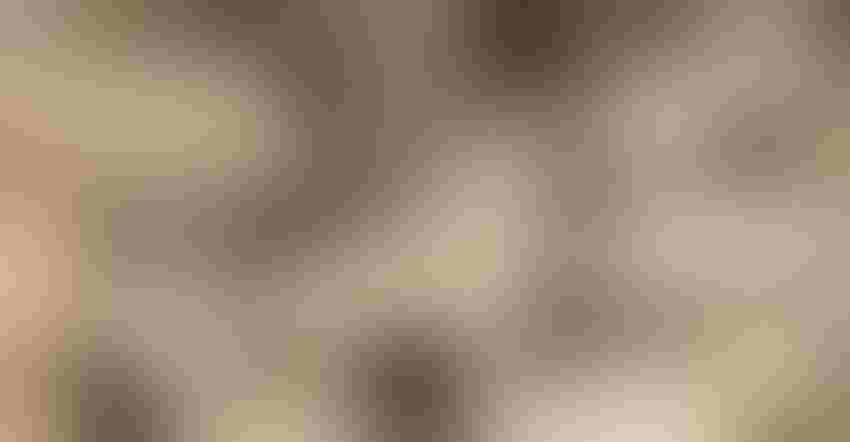 Comrade matures in approximately 130 days compared to 140 to 145 days for other Virginia-type peanuts, Chamberlin says. Runner peanuts typically mature at 150 days or longer.

An early-maturing Virginia variety will be an advantage to Southwest producers, she adds. “Comrade matures seven days earlier than Contender, which gives producers a little more room. One week can make a lot of difference, considering harvest weather threats.”

Chamberlin says super jumbo peanuts are good for the export market. “The European Union likes the big pods. Americans are not as picky, so this will be a good option for export.”

More super jumbo pods also mean higher yields, Chamberlin says. “In our trials, Comrade averaged from 4,600 to 5,000 pounds per acre, but farmer results should be better. This is in the ballpark with other Virginia varieties.”

Comrade also shows good tolerance to pod rot and sclerotinia.  “In a bad disease year, Jupiter shows 43% pod rot infestation. In the worst years, that may go as high as 53%.  Comrade shows 35% in those conditions. In an average year, Jupiter infestation rate is about 40%; Comrade is 14%.”

She says pod rot is not predictable, but Comrade is “not as susceptible as Jupiter.”

Comrade is a joint release by USDA-ARS and N.C. State. Licensing is not complete. Marketing will be through Oklahoma Foundation Seed Stocks and Oklahoma Genetics, Incorporated.

Chamberlin says enough seed to plant significant acreage should be available in about two years. “We increased seed last year and will increase more this year. It will go into certified seed and then to production acres.

“People are already asking for it,” Chamberlin says. “We will see a few acres this year, but we’re still a couple of years away from measurable acreage.”

She says Comrade has performed well in uniform tests across the Peanut Belt but, even though it comes from North Carolina breeding lines, it might not be as good a fit there as it will be in the Southwest, especially in Oklahoma and the Texas High Plains.

“North Carolina has different growing conditions, so Comrade would have to perform better than traditional varieties to compete.”

An early-maturing Virginia variety for the Southwest has been a long time coming.

“We’ve known for a long time that we needed an early Virginia peanut for the Southwest,” Chamberlin says, “especially for the Texas High Plains’ short growing season.

“In 2015, we got 97 breeding lines from North Carolina State breeder Tom Isleib (now retired). That was before we were breeding and developing many Virginia peanuts. We had released Venus, a good variety but not early.”

Chamberlin initiated trials to select and develop an early-maturing peanut from those lines. “We narrowed our selections down, assessing performance, agronomic properties, disease resistance and maturity to get to fewer than 10.”

The goal, she says, was to select an early variety with a good disease package, good yield, and good seed distribution of super jumbos. “We were able to develop that germplasm into something that performed well.”

Chamberlin says they selected the name Comrade to recognize the cooperation between different growing regions. “Tom and others understood the need for an early Virginia peanut, especially for the Texas High Plains,” she says.

Comrade is a high-oleic variety, as are the other lines Chamberlin is developing. “We probably will not go back to non-high oleic varieties,” she says.

Virginias now play a more important role in Southwest peanut production than in the past. Across the region (Oklahoma, Texas, and New Mexico), Virginias now account for about 30% of the acreage. Runners remain dominant with 40% and Spanish-type peanuts account for the other 30%.

“Currently, the price for Virginias is pretty good,” Chamberlin says.

She released a Spanish peanut, OLé, several years ago. “OLé has done well,” she says.

Chamberlin plans to develop more Virginia lines. “I also would like to release a new runner-type, but I don’t have anything now that will compete with Lariat (top runner in the region).”

She says leaf spot resistance is a goal and expects to concentrate on a Spanish variety first. “Spanish varieties are more susceptible.”

Heat tolerance provides another breeding challenge, Chamberlin says. “We will focus on drought stress. Water efficiency is a critical issue for irrigation with a declining water table.

“The process takes time,” Chamberlin says. “I hope we get something out within the next ten years.”