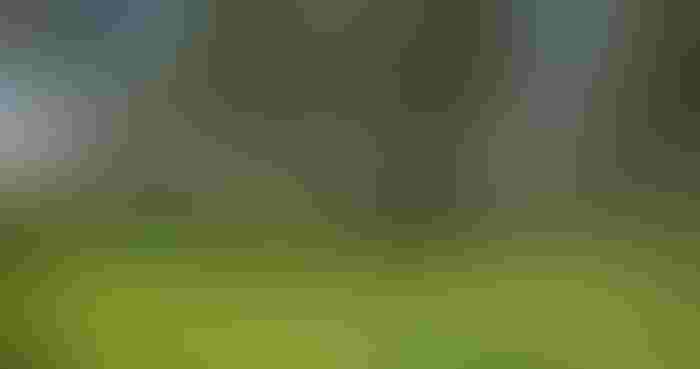 Most underlying soils and terrain outside of the Delta in Arkansas are not suited for row crop agriculture, but they can support livestock, according to Dirk Philipp.University of Arkansas Division of Agriculture

A new study has identified two types of grass that grow well in wooded settings as forage for small beef producers in Arkansas looking to integrate forestry on grazing land, a practice known as “silvopasture.”

Researchers with the Arkansas Agricultural Experiment Station, the research arm of the University of Arkansas System Division of Agriculture, found that tall fescue (Festuca arundinacea) and orchardgrass (Dactylis glomerata) are suitable for growing in shaded environments within pine tree and hardwood tree stands. A U.S. Department of Agriculture Sustainable Agriculture Research and Education grant supported the three-year research project that began in 2019.

“There has been an increased interest in silvopasture in Arkansas in recent years to diversify production,” said Dirk Philipp, associate professor of animal science with the Division of Agriculture. “Ranchers can have short-term profits from beef production and long-term profits from timber production.”

Silvopastures can also create wildlife habitats and additional hunting land, he said. Philipp noted that many small beef producers have attempted to adopt silvopasture but have struggled to establish grazing forage.

About 57% of Arkansas is covered in forests, according to the 2021 Arkansas Agriculture Profile (https://bit.ly/2021ArkAgProfile). Philipp said most underlying soils and terrain in Arkansas are not suited for row crop agriculture, but they can support livestock. The researchers wanted to know how well they could establish annual and perennial forages under tree-shaded conditions.

There were 16 plots on about 20 acres of pine trees at the Dale Bumpers Small Farms Research Center in Booneville and 72 plots in the hardwood area of the Research Center.

An additional 20 demonstration plots were planted in orchardgrass, tall fescue, white clover, and annual ryegrass with varying success on about 5 acres of hardwood on a cattle rancher’s land near Subiaco. The private landowner had already thinned part of his hardwood forest to allow cattle grazing.

“The major observation of the study so far is that we can easily establish forages in pine tree alleyways if they are sufficiently wide,” Philipp said.

Pine tree rows in the study were about 40 feet apart. Pine needles did not significantly interrupt the growth of the forages because the rows were far enough apart, Philipp said.

Philipp said that tall fescue and orchardgrass “appear to be very resilient in wooded settings and appear to rebound from droughty periods much better due to the changed water dynamics under shade.”

The success of forage growth was calculated in tons of biomass per acre. Preliminary results from pine tree alleys in 2020 showed tall fescue ranked highest with 2.47 tons per acre. Orchardgrass was second at 2.01 tons per acre, but annual ryegrass was a close third at 1.94 tons per acre.

Although forage yields are higher in open areas, researchers saw less weed pressure from certain kinds of weeds and less evaporation from the soils between the rows of trees than in open fields. The forages were also less likely to go into the reproductive phase and age as quickly in the wooded settings.

Philipp pointed out the study included experts in forage agronomy, animal science, soil science, and forestry. The researchers worked together to provide a comprehensive look at combining forage production with the management of existing pine stands and thinned hardwood forests.