Land Sale of the Month: Check out the top bids for cropland and pasture. 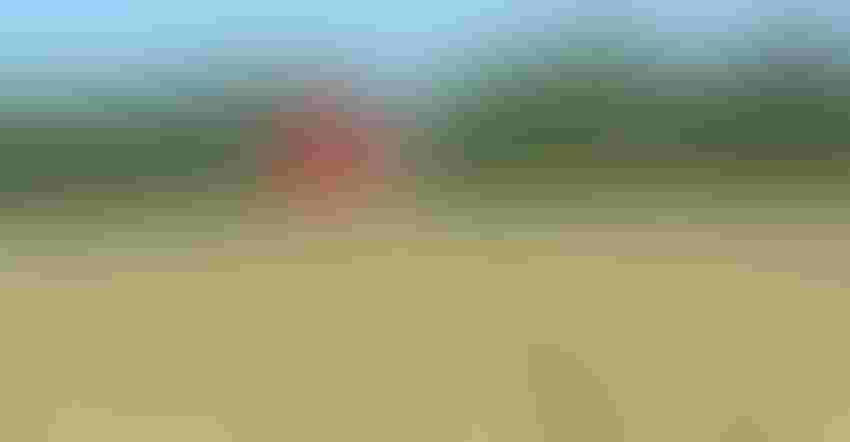 LAND PRICES: Cropland, hay land and pasture were sold at auctions this spring.

Farmland near Sioux Falls continues to top land auction prices in South Dakota. This spring there were also some good farm and pastureland auctions in Brookings, McCook, Hutchinson, Hanson and Davison counties of South Dakota.

$9,600-per-acre bid wins
Approximately 75 acres of land in Lincoln County, S.D., sold for $9,600 per acre this spring. Located 10 miles south of Sioux Falls, the land was nearly all tillable, and had very productive soils and excellent eye appeal, according to the sale bill. The property had a remaining housing eligibility and was located adjacent to South Dakota Highway 115. — Auction managed and conducted by Sutton Auctioneer and Land Broker, Sioux Falls, S.D. Phone: 605-336-6315. Website: suttonauction.com.

Pasture, cropland near Mitchell sold
Approximately 534 acres north of Mitchell, S.D., sold in two tracts. The pastureland sold for $2,775 per acre, and the cropland sold for $3,725 per acre. The cropland had a productivity rating of 0.703. The farm had been strip-till fertilized for the 2017 crop season with a 80-52-30 blend fertilizer at 310 pounds per acre applied. New buyer paid $83 per acre for the fertilizer. The grassland had a new four- and five-strand barbed wire fence, new steel and wood posts and a wooden corral for loading cattle. There was an artesian well, stock dam and small creek for water, and scattered trees for shade. The entire pasture had been aerially sprayed in the fall of 2016 for weeds and thistles. This all-contiguous pasture is a haven for white-tailed deer, turkeys and pheasants, the sale bill said. — Auction managed and conducted by Sutton Auctioneer and Land Broker, Sioux Falls, S.D. Phone: 605-336-6315. Website: suttonauction.com.

Brookings County farmland brings $6,800 per acre
A 160-acre farm in Brookings County located 1 mile south of Sinai, S.D., sold for $6,800 per acre at an auction March 31. It had tile through the low areas and had approximately 145.6 tillable acres, a 78.6-acre corn base with a Price Loss Coverage yield of 137 bushels, and the soybean base of 66 acres with a PLC yield of 41 bushels. According to Surety AgriData, the farm had a productivity index of 70.3. This farm was leased for the 2017 crop year with the new buyer to receive a $30,000 credit at closing. — Auction managed and conducted by Burlage Peterson Realty, Brookings, S.D. Phone: 605-692-7102. Website: burlagepeterson.com.

About $5,000 per acre buys two tracts
About 79 acres in McCook County, S.D., sold for $5,350 per acre and 75 acres in Hanson County, S.D., sold for $4,800 per acre at the same auction in mid-March. The two tracts were on opposite sides of a gravel road, which was the county line. The land in McCook County had a soil productivity rate of 83.8, and the land in Hanson County had a 78.7 productivity rating. Both properties were sold subject to a $200-per-acre lease for 2017, which was paid to the new buyer. — Auction managed and conducted by Wieman Land and Auction Co., Marion, S.D. Phone: 800-251-3111. Website: wiemanauction.com.

Farm close to markets brings $2,700/a
About 756 acres of Hyde County, S.D., farmland sold in two parcels for $2,350 and $2,700 per acre. Productivity indices ranged from 76 to 91 across the property. Some of the land was nearly level. Some had up to a 6% slope. “Close proximity to local markets in Highmore, Harrold, Miller and Redfield allows for ag producer to maximize marketing and minimize grain movement costs. Picking up both stronger bases and larger grain handling facilities makes this farm’s location highly sought after,” the sale bill said. — Auction managed and conducted by Dakota Land Co., Pierre, S.D. Phone: 605-280-3115. Website: dakotalandco.com.